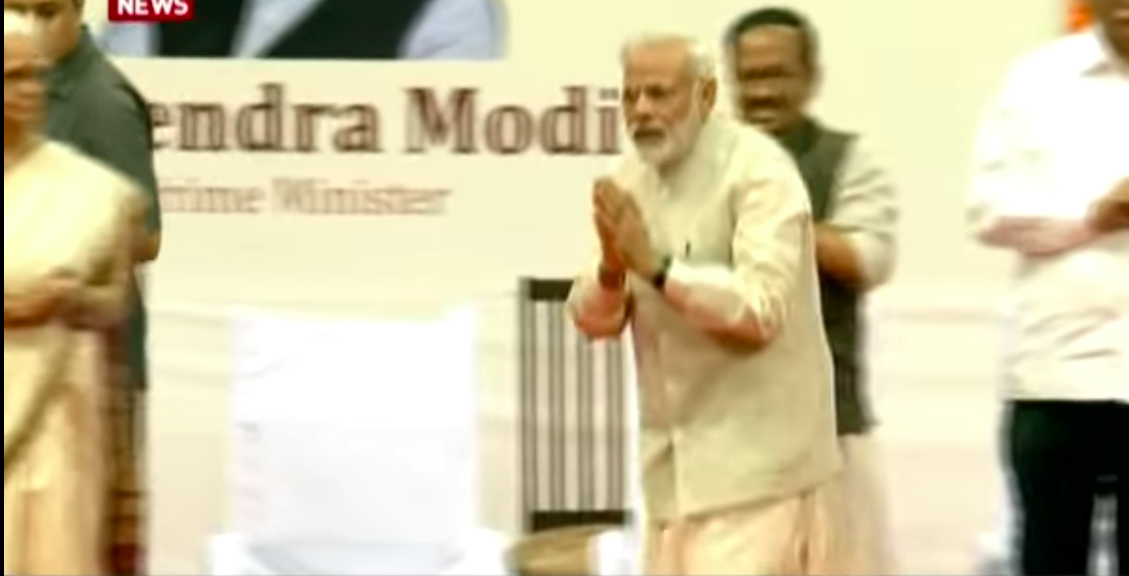 A video of PM Modi bowing down to the audience is going viral on social media. Many people have claimed that the video is a recent one after BJP's loss in three major states Rajasthan, Madhya Pradesh, and Chhattisgarh. 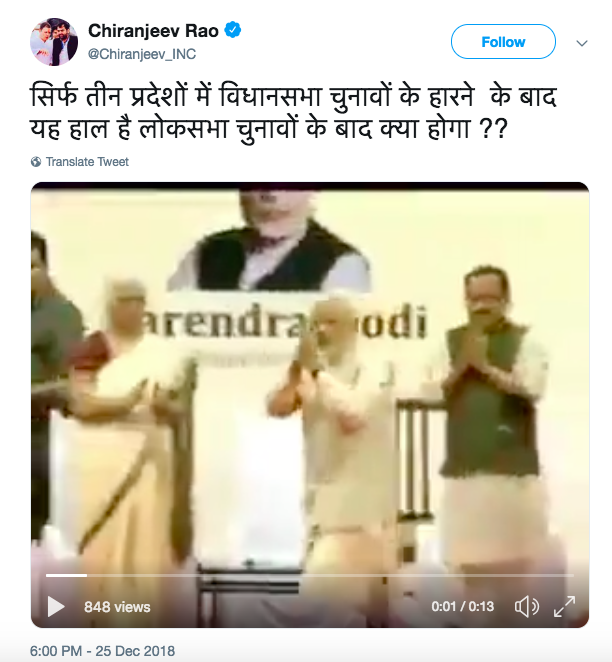 Several handles associated with Congress Party has shared the video with a similar claim. 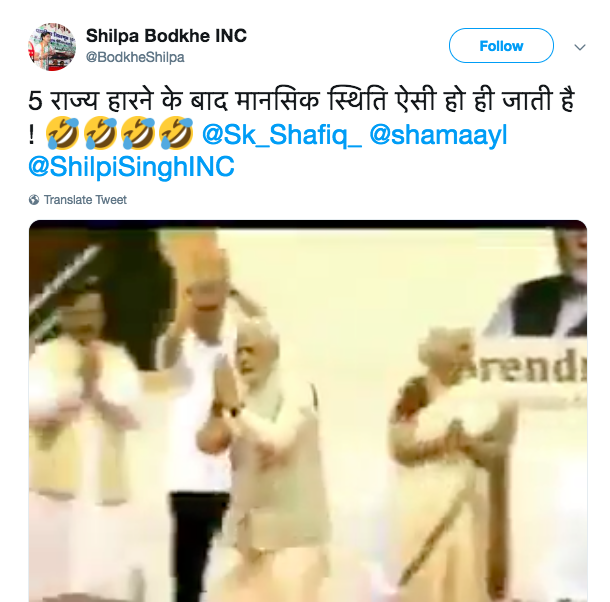 Team Rahul Gandhi has also shared the video on Facebook. 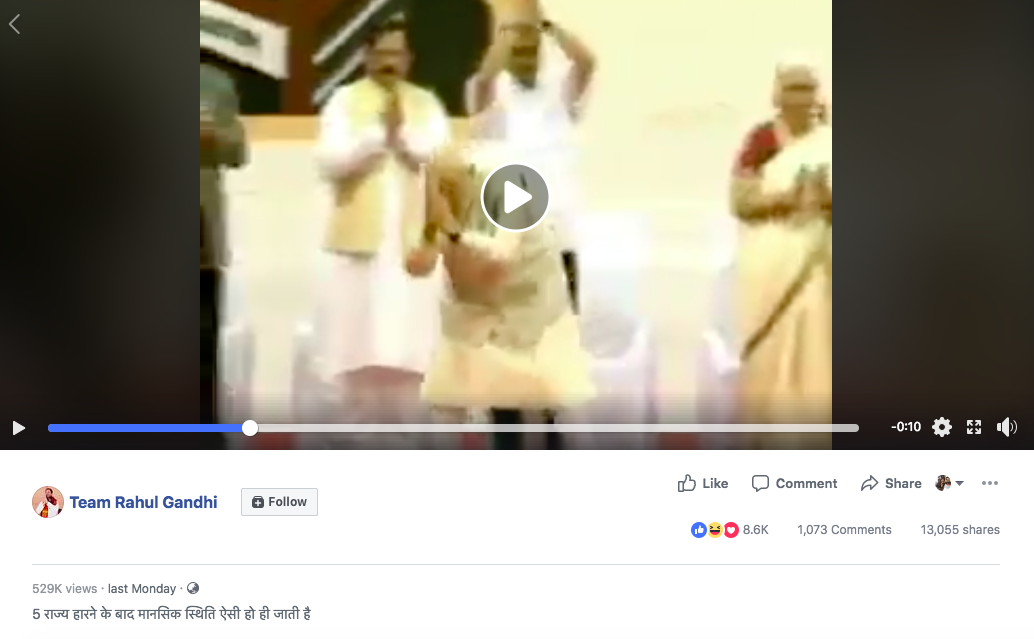 PM Modi's addressed at the Foundation Stone laying programme of MOPA Airport in Goa in November 2016 a few days after announcing demonetisation. He appealed to the audiences to help him in demonetisation and give him 50 days. After finishing his speech he came forward on the stage and bowed down to the audiences. In the video below you can see PM Modi bowing down at 1:03.

The viral video was clipped from here and was shared as if PM Modi has started bowing down to the audiences after losing 3 states to Congress.

The video is old one which was recorded during the Foundation Stone laying programme of MOPA Airport in Goa in November 2016 where he appealed to the audiences to help him for 50 days in demonetisation and bowed down to the audiences.