No, PM Modi was not waving at an empty train in Assam: Misleading video is clipped 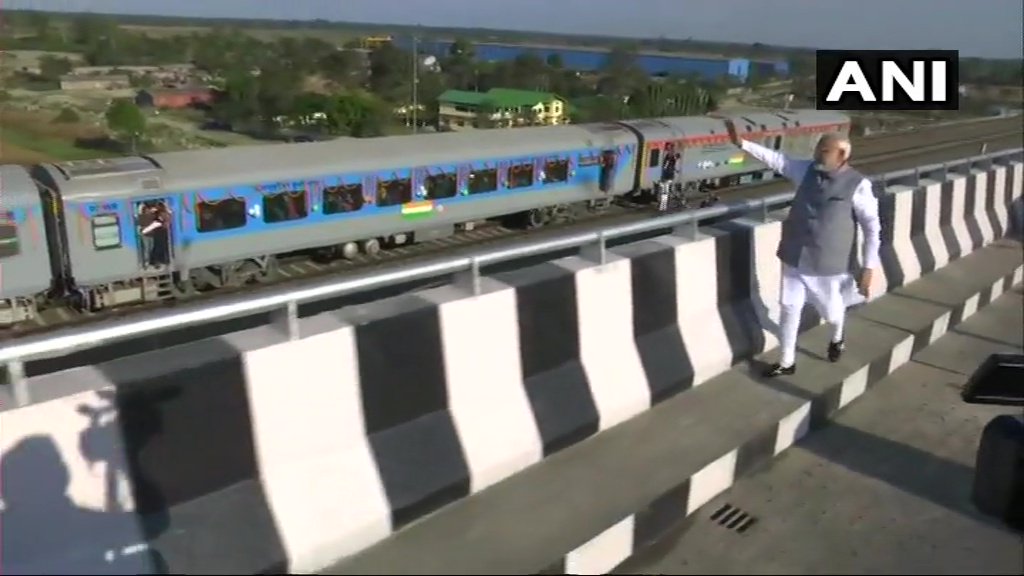 A video is going viral on social media with a claim that PM Modi was waving at an empty train. We were notified about this video by one of our readers on Twitter. 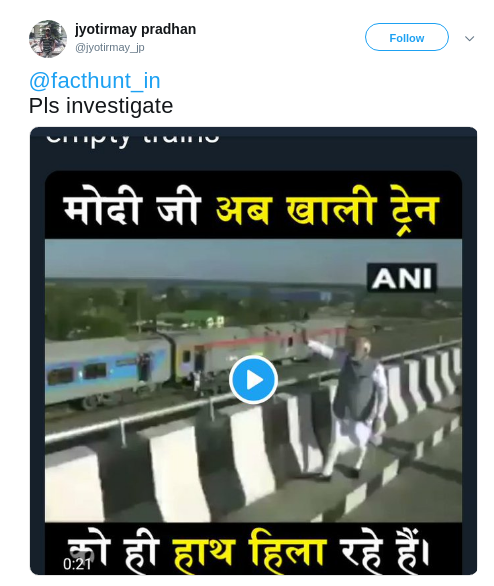 When we searched for it, we found many people sharing the video with a similar claim.  FekuExpress, a Facebook page who often shares misleading posts against PM Modi has shared the video with a caption, “Seeking Desperate Attention”. The video has now been deleted but archived link is still there. You can watch the video here:

Many verified Twitter accounts associated with the Congress Party has shared this video with similar claims. A few of them are Brijesh Kalappa, spokesperson of Indian National Congress and Khushbu Sundar, National Spokesperson of the Congress. Sachin Sawant, a spokesperson for Maharastra Congress shared a few images from the event and wrote:"If you see closely, there was nobody to whom @narendramodi ji is waving at. People were long under the #BogibeelBridge and people in train on the other side can not see anything from that angle. Fake Photo-op at his best." 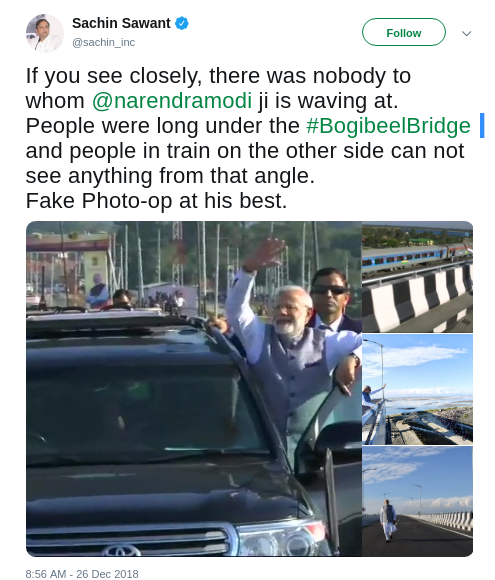 On Facebook, many users are sharing the video to make a similar claim. You can see such posts here.

When we searched for it, we found a video uploaded on Youtube by the official channel of PMO. And in the video, we can clearly see the people (26th minutes onwards).

The video is from an event On December 25 in which Prime Minister Narendra Modi inaugurated the Bogibeel bridge in Assam on the birth anniversary of former Prime Minister Atal Bihari Vajpayee. After inaugurating the longest rail-cum-road bridge, he flagged off Tinsukia-Naharlagun Express train which links Naharlagun in Arunachal Pradesh to Tinsukia in Assam.

Doordarshan had also tweeted a few images of the event and people can be clearly seen in the train. 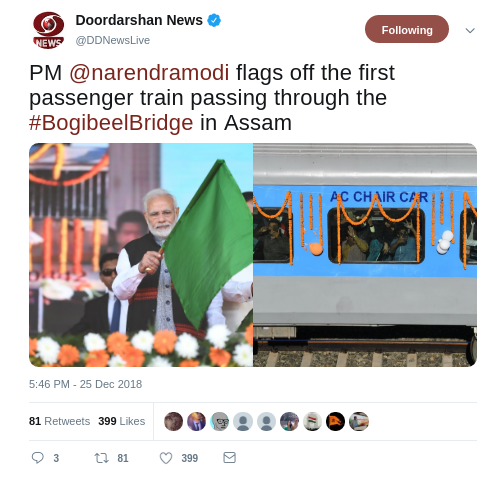 We found another video of the event which was live streamed on Facebook. In the 15th minute, we can see PM Modi walking out and waving. In the video people standing outside the train are also visible.

PM Modi was not waving at an empty train. The train was not empty and people were present inside the train.