Muslims attacked Hindus in Rajasthan after Congress Victory: No, the video is from Bangladesh 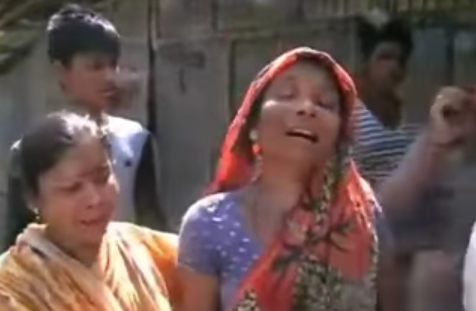 A video is going viral on social media with the claim that Muslims in Jaisalmer, killed Hindus and burnt their houses after Congress' victory in the recently concluded Rajasthan assembly election.

In the video, women can be seen crying and describing how their houses have been vandalised. The message attached with the video reads - 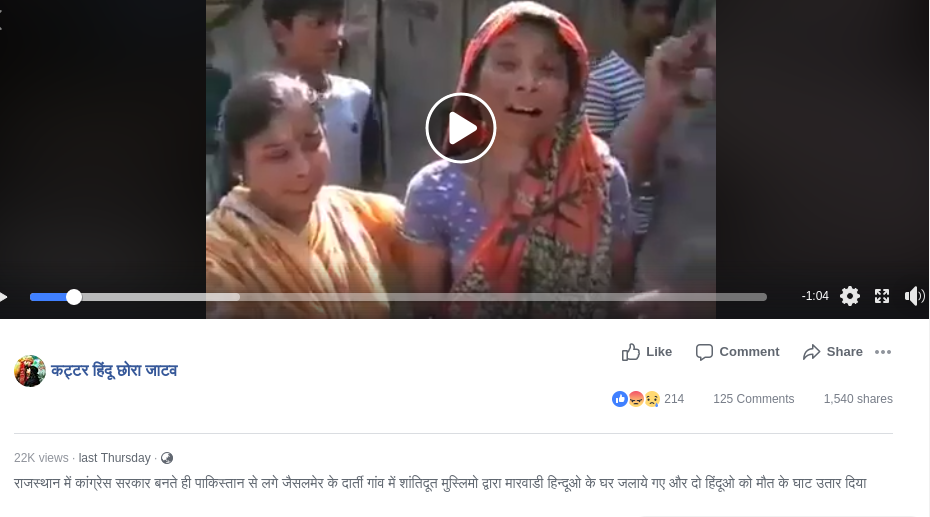 You can see how people are sharing this video with a similar claim on Facebook. 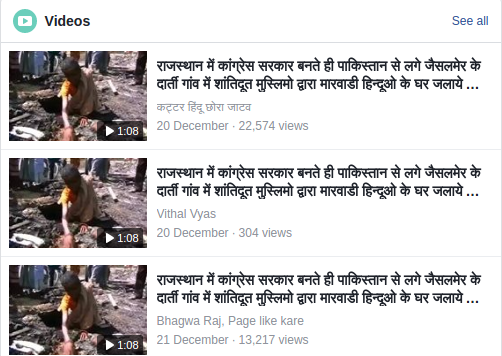 You can watch the video being shared here:

We used InVid software to break the video into multiple frames and did google reverse image search of each of those frames. We found the longer version of the same video on Youtube which was uploaded in 2013. The title of the video reads "Muslims attacked 76 Hindu families and 5 Temples in Noyakhali, Bangladesh, Hindus are". Watch the full video here:

Apart from the title, some women can be seen talking in Bengali which supports the claim that video is from Bangladesh and can't be from Rajasthan. Noakhali is a district in south-eastern Bangladesh.

At 4.02 minutes, we can see, 'Sri Sri Rajganj Saarvjanik Hari Seva Ashram Begumganj, Noakhali' is written on the temple wall in Bengali. 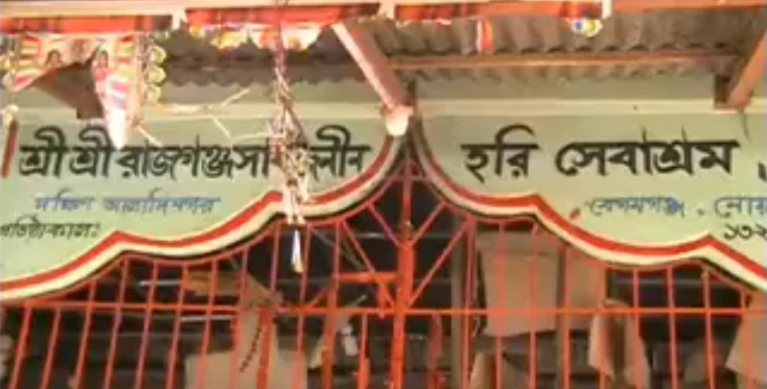 We also found an article published in March 2013, by a website named 'Hindu Human Rights' which had used the same video. The article reports how the Hindu temple and houses were attacked by the Jamaat-e-Islami activists in Begumganj, Noakhali.

As per reports, activists of Jamaat-e-Islami set ablaze temples and houses of the Hindu community in different parts of Bangladesh, including Noakhali. These attacks were the fallout of death penalty given to a senior Jamaat leader Delwar Hossain Sayedee for committing war crimes in 1971.

Even though this video is not from Rajasthan, a similar case has been reported from Rajasthan in which some Muslim supporters of Congress party barged into the houses of Rajput community and misbehaved with the girls.