While sharing the picture, he took a dig at Republic TV and Arban Goswami and wrote, "Come on @ArnbaGoswamiRTV...I won't watch @republic even to watch this." Several other social media users have shared the same picture. 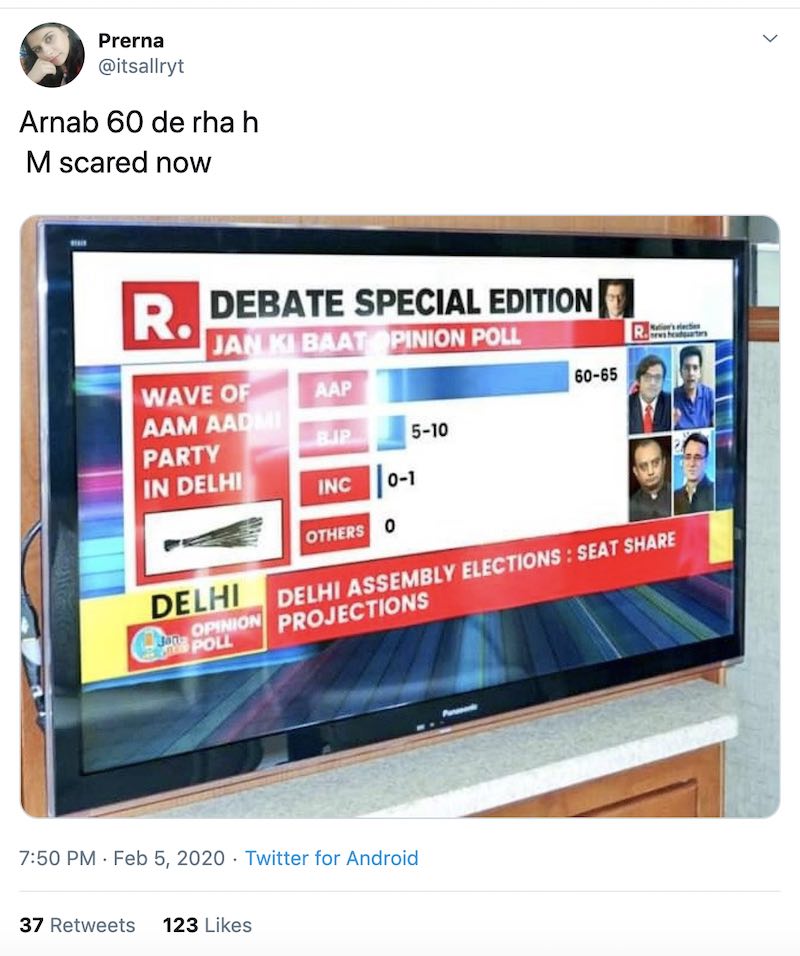 We looked for the survey on the Republic TV's website but did not find any story or survey done by the media house. Then we searched on Jan Ki Baat's website and social media account and found a tweet by CEO and Chief Editor Pradeep Bhandari who shared the same picture and wrote, “Fake Post of Opinion Poll in the name of Jan Ki Baat is being circulated. It’s a malicious and fraudulent attempt. Jan Ki Baat isn’t doing any opinion poll and will do only exit poll on 8th Feb as per EC guidelines.” 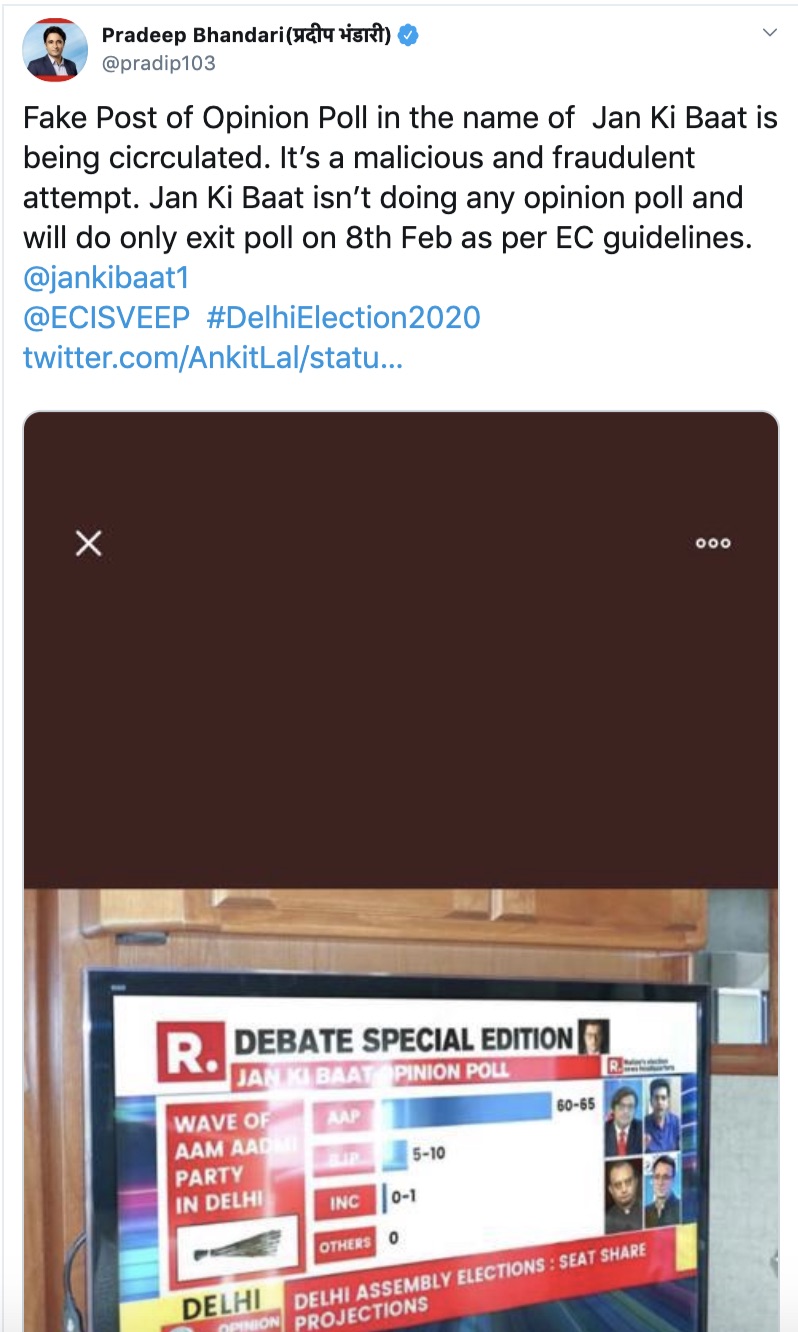 The opinion poll shared by AAP’s Social Media and IT strategist Ankit Lal and many others is false as CEO and Chief Editor of Jan Ki Baat Pradeep Bhandari on Twitter has himself denied conducting any opinion poll.