A Facebook user named Ravindra Arya Ravi shared a video in which an elderly couple can be seen scrambling with some uniformed men who are forcibly carrying them in a jeep. It is being claimed that the video is showing the atrocities of Pakistani security personnel on Hindus in Pakistan. 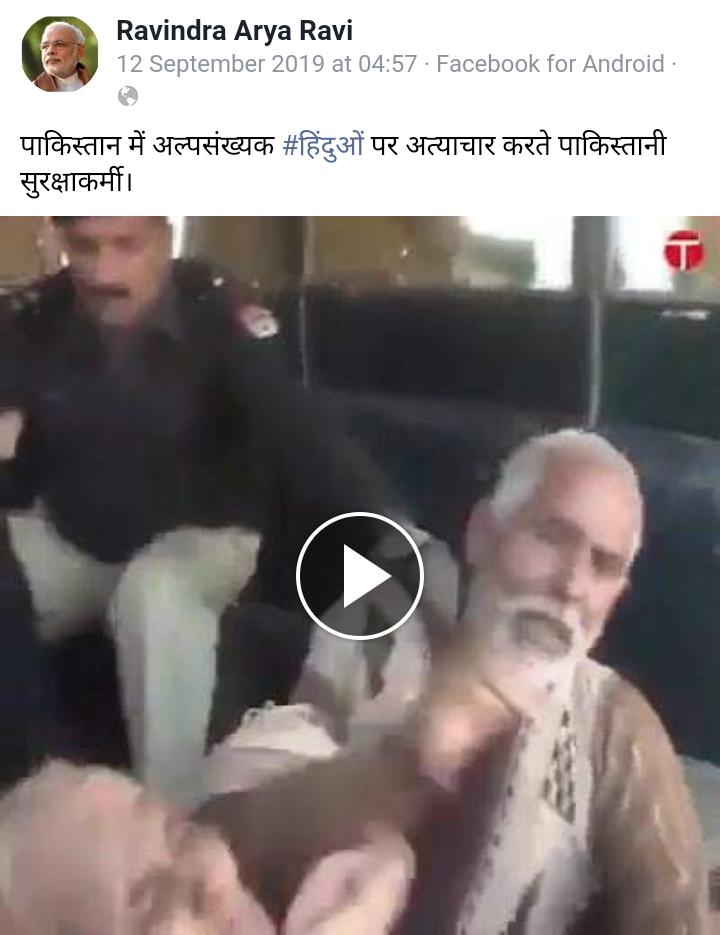 The viral video received 25,000 shares, 2600 likes and more than 7000 views at the time of writing this article. You can watch the video here:

After doing reverse research of the viral video with the help of the InVID tool, we got a piece of news published by the Pakistani newspaper 'The Express Tribune' dated 20 November 2017. According to the news, an elderly couple protesting against the Multan Development Authority (MDA) was thrashed by the Chehlak police. Naseem Bibi, 75, and her husband were protesting against MDA officials in the Chehlak area for allegedly threatening them to leave their land when the police arrived there and started beating them up. 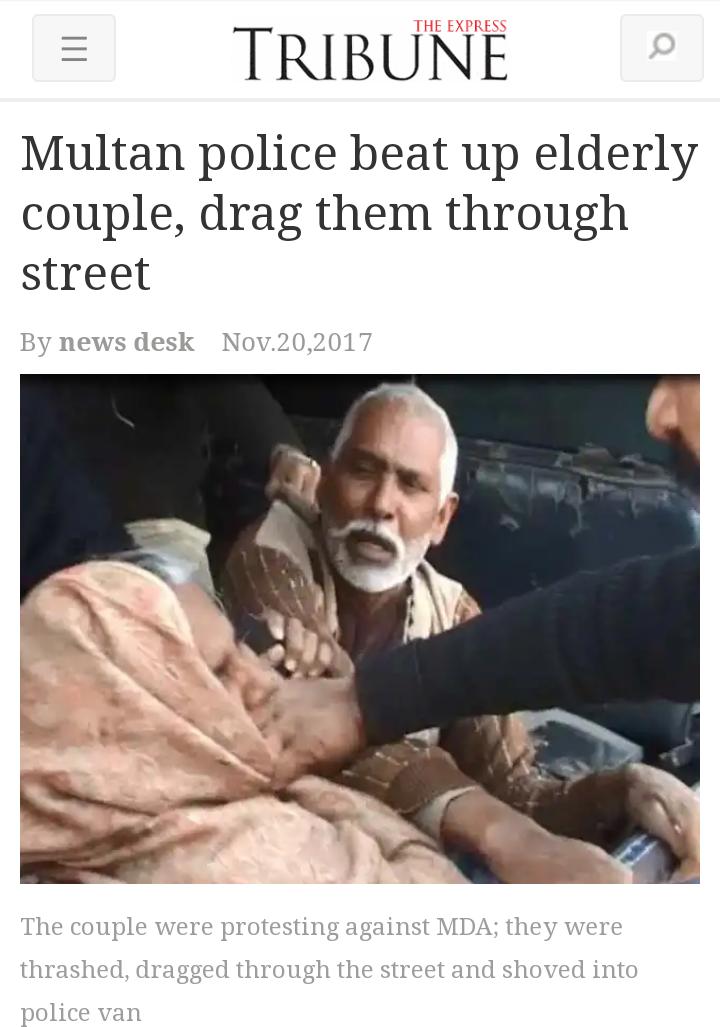 We also found a Youtube channel name Abb Takk which also reported the incident on 21 November 2017. According to news, the case was related to land acquisition and the police misbehaved with the elderly couple, Naseem Bibi and Muhammad Idris during the course of the action.

The claim made with the viral video is false. The video is 3 years old and the elderly couple seen in it are Naseem Bibi and Muhammad Idris. They were opposing their land acquisition by the Multan Development Authority, during which the incident shown in the video took place.