An image of a huge crowd is getting viral on social media with a claim that a large number of High Court lawyers in Indore protested against the CAA and NRC.

A twitter user named @Amit_Modi shared a picture using the caption "Advocates of the High Court of Indore today supported the protest against caa, nrc running at Barwali outpost Indore. If any action is taken by the police during this protest, then these lawyers will fight the case for free". 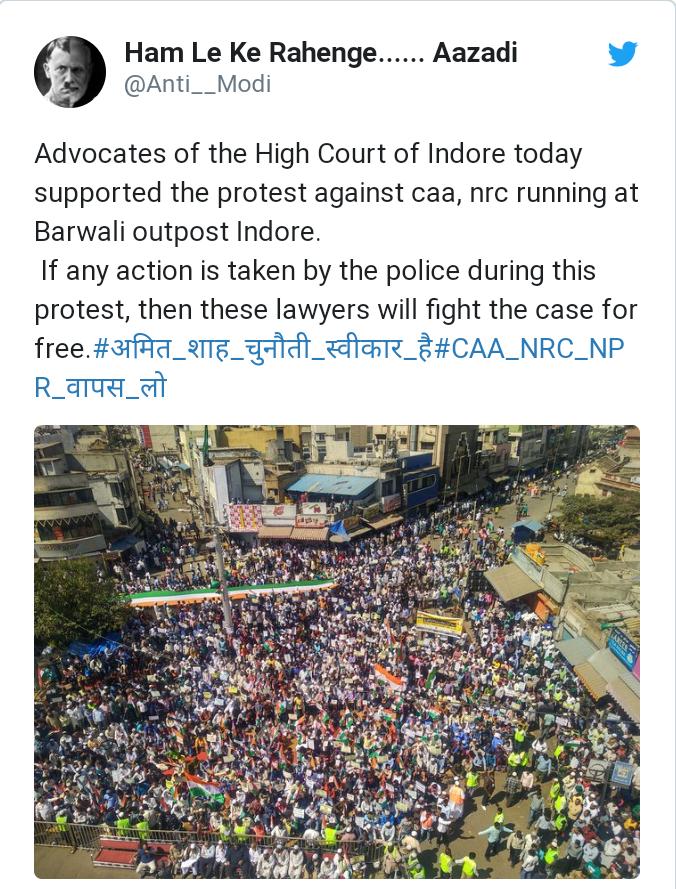 The viral image received more than 420 likes and 211 retweets at the time of writing this article. 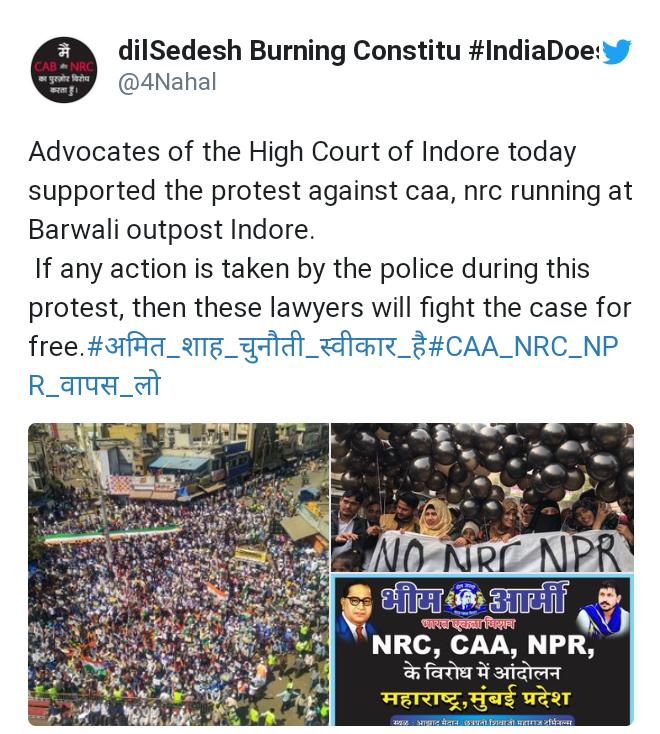 In the investigation, we found that the photo being shared is of the protest against CAA in Bengaluru and it has nothing to do with Indore.

CNN News18 journalist Revathi Rajeevan replied, "Not aware of this protest by advocates but the picture is from Shivajinagar, Bengaluru, clicked by me. Had tweeted this on Tuesday". 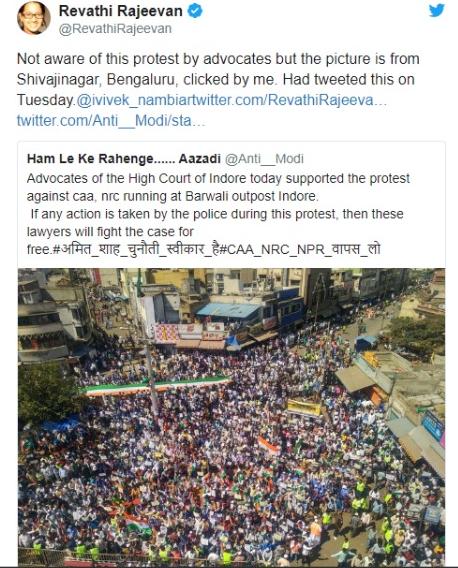 After that we checked her twitter account and found that she had tweeted the same photo on January 21, 2020, with a caption "Protest against NRC, CAA in Shivajinagar Bengaluru now". 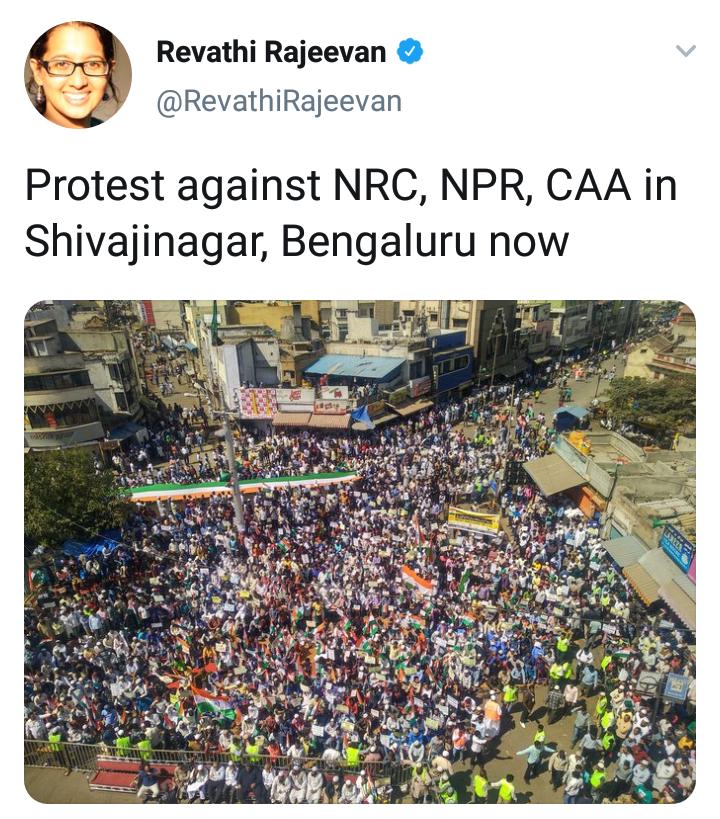 However, we did not find any reliable news report about the protest of lawyers in Indore against CAA and NRC.

A photo of the protest against the CAA in Bengaluru is being shared with the false claim that a large number of High Court lawyers in Indore protested against the CAA.