Anti- CAA NRC protest is going on in the Shaheen Bagh area of Delhi for the past one month. Amid the unrest, a video is going viral on social media in which a man is seen paying money to people standing in a line. In the video, people are holding the flags of the Congress party. Also, Rahul Gandhi's audio can be heard in the background of the video. It is being claimed that the viral video is of an ongoing protest in Shaheen Bagh area of Delhi, where the supporter of Congress are distributing 500 rupees a day and 700 rupees a night to the protesters.

A Facebook page name Giridih Jharkhand shared the video using the caption "Got convincing evidence of the truth of protest at Shaheen Bagh, 500 rupees day and 700 rupees night. Congress has full support of it. Just share this video." 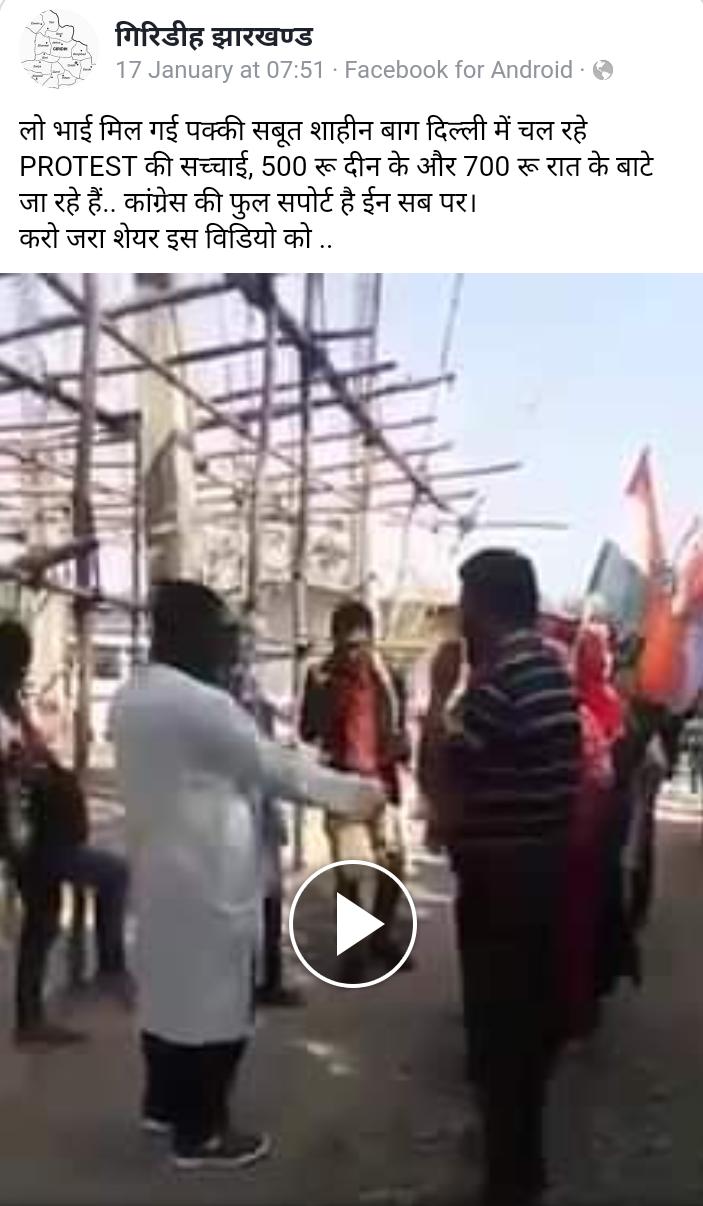 The viral video received more than 1,000 likes and 2,000 shares at the time of writing this article. You can watch the video here:

After doing reverse research of keyframes on Google, we found a video on YouTube uploaded on 5 March 2017 by a YouTube channel named LIFTF 2017. In the video, people can be heard speaking Manipuri language in the background of the video. The video is titled "Congress Bribing Voters In Imphal, Manipur? VIDEO GOES VIRAL"

The audio of Rahul Gandhi's voice in the viral video is actually taken from a video in which Rahul addressed the Navsarjan Gujarat Mandate rally held in Gandhinagar, Gujrat in October 2017. This speech was uploaded on 23 October 2017 on Rahul Gandhi's YouTube channel. The audio of Rahul's voice in the viral video can be heard in this speech from 2 minutes 26 seconds.

The claim made with the viral video is misleading. The video is not of Delhi but of Manipur and is about 3 years old. The audio of Rahul Gandhi has also been added separately in the video.