Following the violence in JNU campus on 5th January a picture of an injured student is going viral on social media.

A Facebook user name Asif Niazi shared the picture in which some people, including a woman, can be seen soaked in blood. It is being claimed that this picture is from JNU with a caption "Black Britishers are doing more atrocities than even white Britishers. #Incident #JNU. I salute this great revolutionary sister who is fighting along with youths."

Along with the picture user writes, "You shoot, you call the police, we will take the support of a Hindu Muslim and we will fight together." 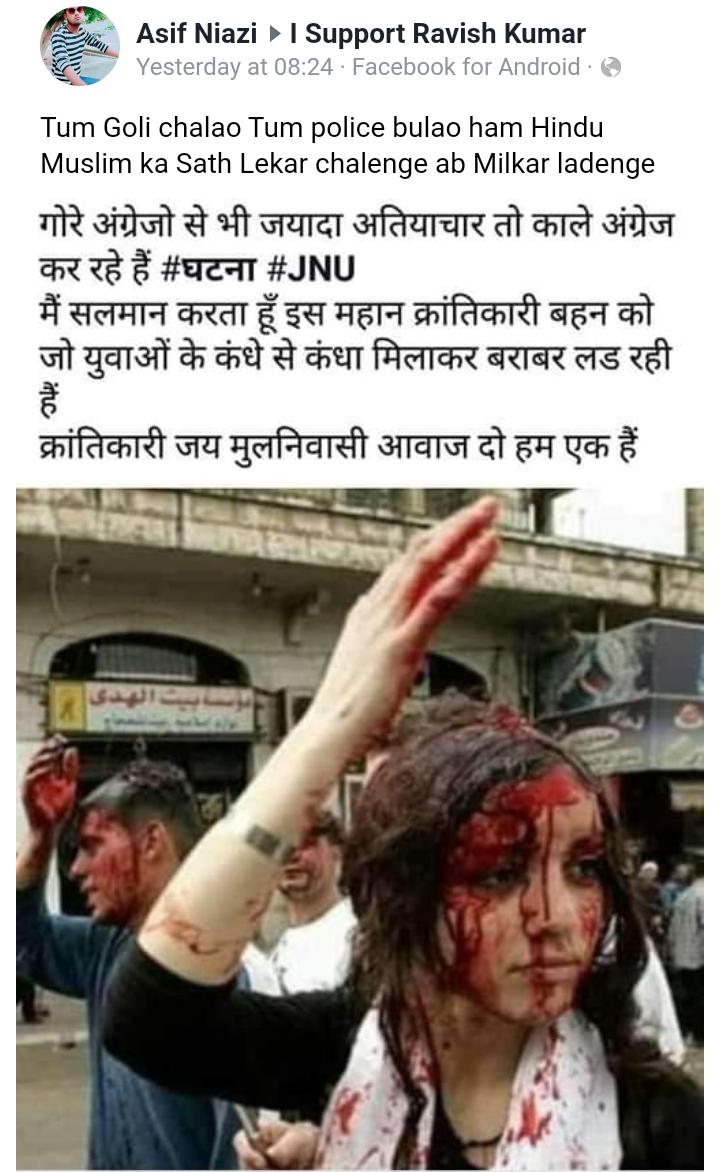 The picture received 118 likes and 180 shares at the time of writing this article.

In the investigation, we found that the viral picture is from a Muharram procession taken in the West Asian country of Lebanon. The picture is nothing to do with JNU.

After doing reverse research of the image, we found an article on the website called Jafariya news in which this picture was used. The article was updated on 20 February 2005. The picture is from Lebanon where the procession of Ashura (tenth day of Muharram) was being taken out. Ashura marks the gruesome tragedy of Karbala in which the grandson of Prophet Muhammad (p), Hussein bin Ali (p), along with his 72 faithful near and dear ones was slaughtered unjustly 1,400 years ago. 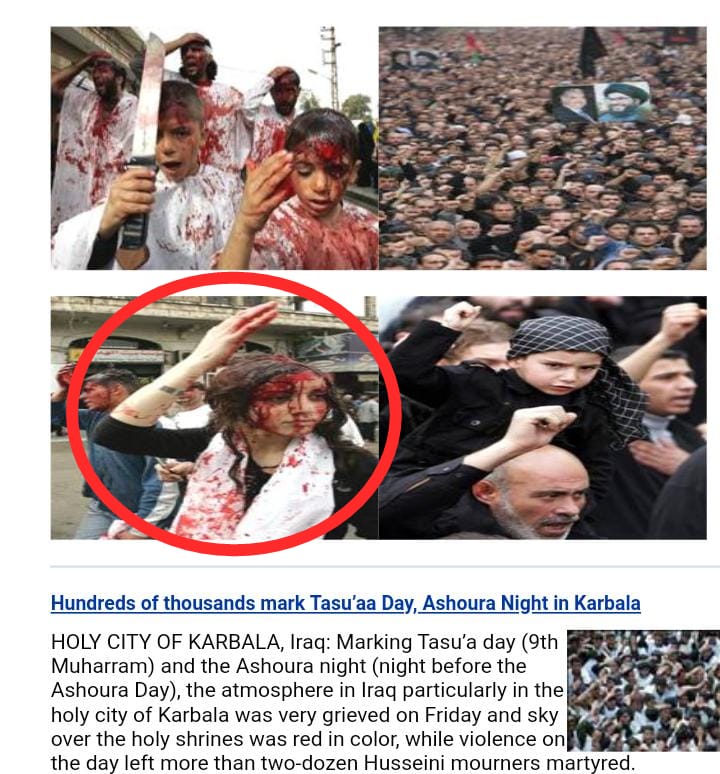 The viral picture has nothing to do with JNU. This picture is from the West Asian country of Lebanon and was clicked during Muharram procession more than 15 years ago.