A video is being virally shared on Facebook which shows people being brutally treated by the police. This particular video is being shared with the context that it shows mistreatment of Muslims from a detention camp in Assam.

The video was shared on Facebook by a user named Rayanna Banu Mersiha. 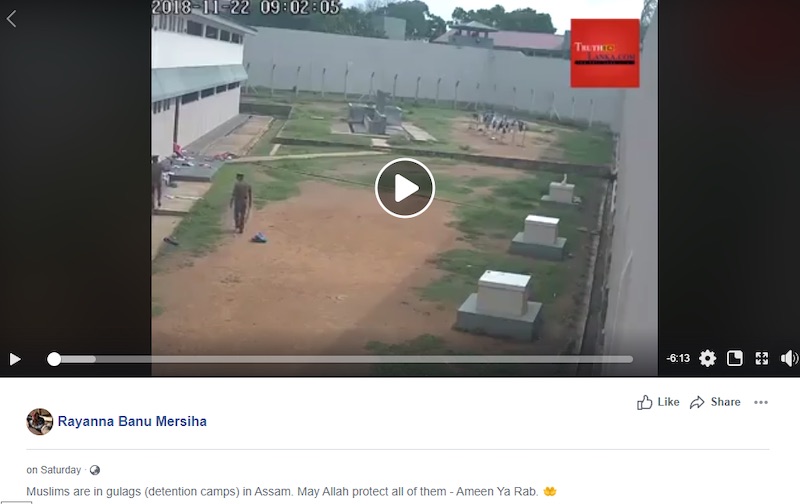 The video shows a couple of police heavily mistreating people in what looks like an enclosed space. This includes making the inmates of the place crawl and then proceeding to physically abuse them using batons.

The video was shared by many users on Facebook. 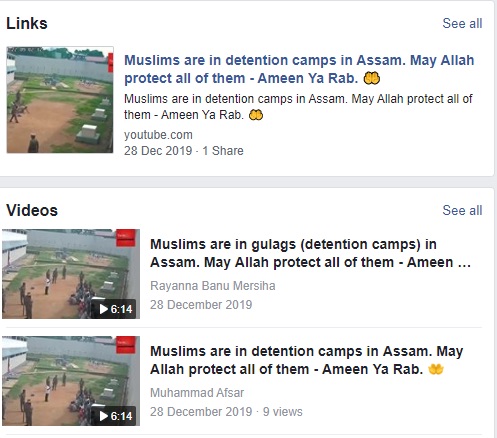 However, by taking a closer look one can identify the thumbnail on the video which says ‘Truth Lanka’. We tried to look for the video on Google by conducting a search using keywords such as ‘Truth Lanka’ ‘prison’, ‘Sri Lanka’, ‘beating’, etc. As a result of this, we found an article from a website called ‘Asian Times’ which had published an article containing the same video with the title ‘Beating of inmates caught on Sri Lankan jail cameras’. The article talks about the violation of prisoner rights in a Sri Lankan prison and the serious violence that the inmates are subjected to. Moreover, the article reads, “The video was leaked by unnamed individuals from Angunakolapelessa Prison, which opened in 2017”.

Furthermore, we did a search using the keywords of ‘Angunakolapelessa prison’ and found the same videos uploaded by a Sri Lankan news channel called ‘Colombo Telegraph’ on Youtube. Thus, it can be confirmed that the video is indeed from Sri Lanka. 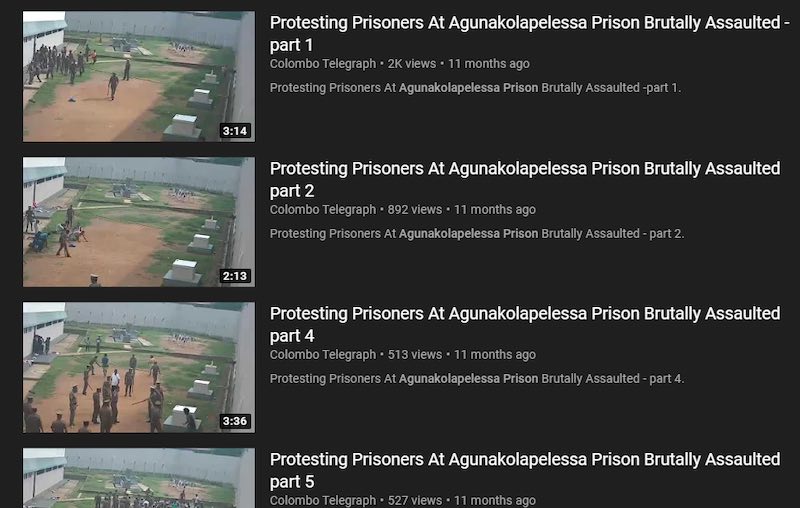 The video being shared on social media with claims that there are detention camps in Assam which are treating Muslims cruelly is false. The video is from a prison center in Sri Lanka.