A few days ago, a Twitter user shared a video that shows police brutally attacking an individual. The user attached the video with the context that this brutal video is from Assam and that this is the condition of the people who do not have their name registered in the NRC.

The tweet roughly says that this brutality is happening in Assam, where people are picked up and attacked if the NRC does not have their name and that if we do not raise our voices against the BJP government, the situation will be the same throughout the country. This tweet has been shared and liked over a thousand times. 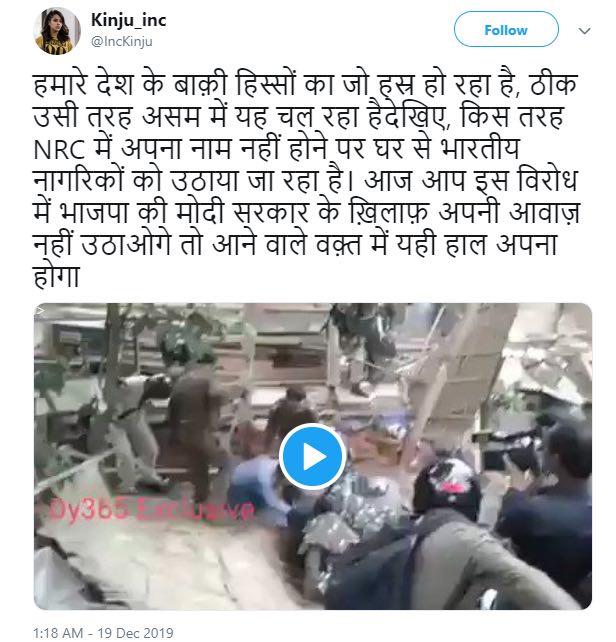 With a little bit of research, we found that this claim actually arises from Facebook where the same video has been shared with similar captions and most of them have several thousand views. 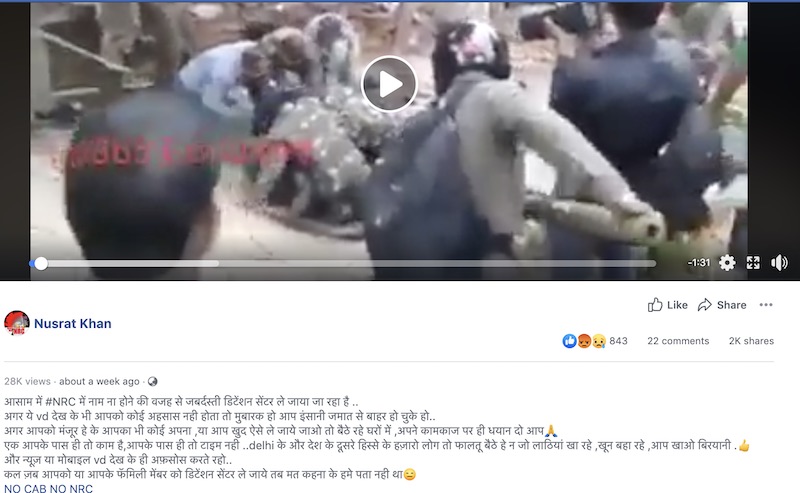 We conducted a more extensive research and found the same video shared on Facebook two years ago. The video has been uploaded by a news channel and the caption reads, “#Amchang_eviction #Kangkan_Nagar #protestor #child. As the second day of eviction drive continues at Amchang Wildlife Sanctuary, an appalling incident took place at Kangkan Nagar. An angry protesters identified as Ismail Haque attacked a forest official with a sharp weapon amid the eviction. Security personnel jumped at him immediately and what followed next is...Watch to know more:” 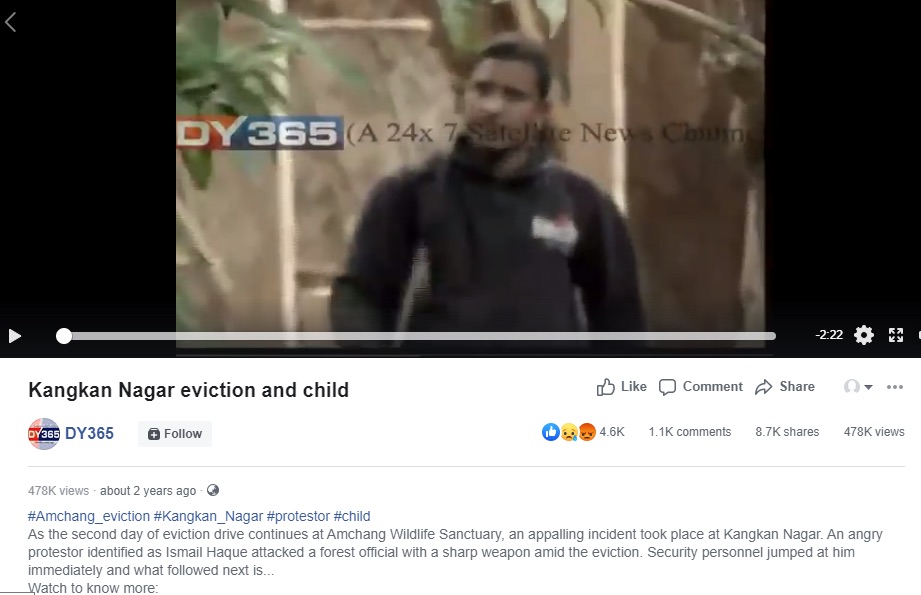 In order to get authentic sources, we did a keyword search and found an article by The Hindu which reports the incident that the Facebook video talks about. The article discusses how since November 27, 2017, around 400 families have been left homeless due to the eviction drive carried out by the Assam government, after the area had been declared as an eco-sensitive zone by the Environment Ministry a few months earlier.

Local rights activists had alleged that about 15 people were injured during the eviction drive as police resorted to large scale firing of rubber bullets and tear gas shells as well as baton charge.

A two years old video of Amchang eviction drive in Assam has been shared virally with the false claim that video shows brutality on people whose name was not in NRC.