The students of Jawaharlal Nehru University (JNU) of Delhi continue to protest against the increase in hostel fees. Meanwhile, some pictures are going viral on social media to highlight the atrocities of the police and the government on the student during this protest.

A Facebook user Om Rajpurohit shared a picture in which a policeman is hitting the girl with a stick. The tweet reads, "Girls- we are not less than boys, Police- so take this #JNUProtests, Me - this was Dhoni's 6 and ball out of the stadium."(Roughly translated from Hindi). 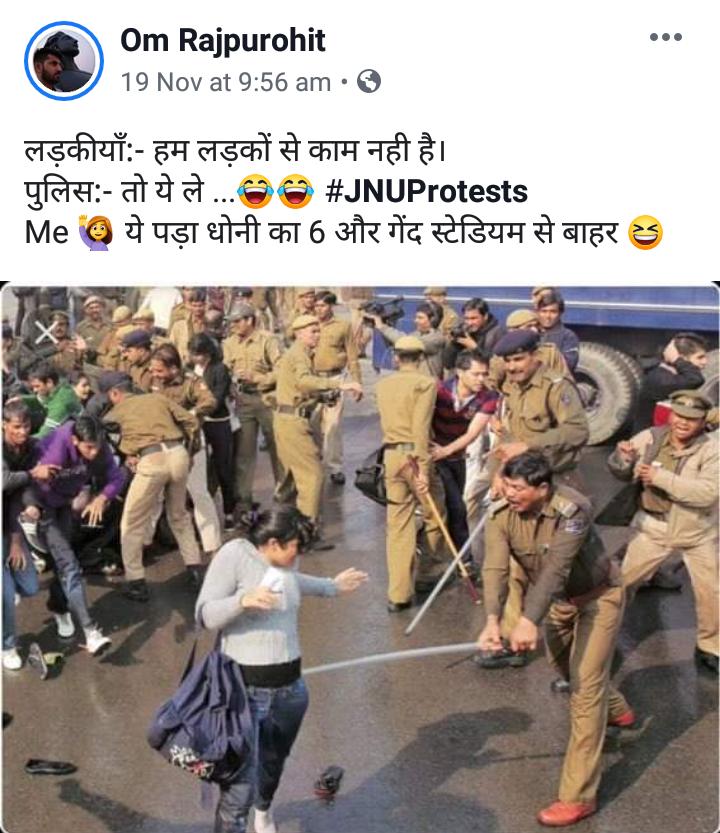 Another Twitter user Jai Prakash Singh shared the same picture with a caption "New India - Welcome to the new India. When daughters will be beaten with sticks, then only daughters will progress. The slogan has changed now to #JNUBachaoAndolan. BJP's slogan #Beti_Bachao_Beti_Padhao is only limited to elections". (Roughly translated from Hindi) 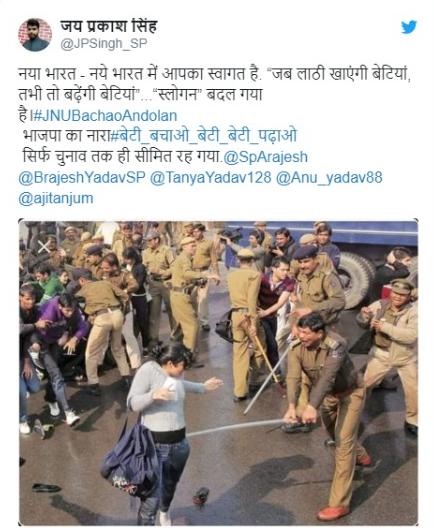 After doing reverse research of the image we found that this photo was taken in the year 2012 when Delhiites demonstrated against the gang rape of a 23-year-old girl near Rashtrapati Bhavan.

We found this picture on the website of Reuters, which was clicked by Photographer Adnan Abidi on December 22, 2012. This report was written about the protests that started after the Nirbhaya gang rape in Delhi. The police had used sticks to bring the situation under control and also released tear gas shells. As per the caption of the image, "A policeman wields his baton against a demonstrator near the presidential palace during a protest rally in New Delhi December 22, 2012. Indian police used batons, tear gas and water cannon to turn back thousands of people marching on the presidential palace on Saturday in intensifying protests against the gang-rape of a woman on the streets and on social media". 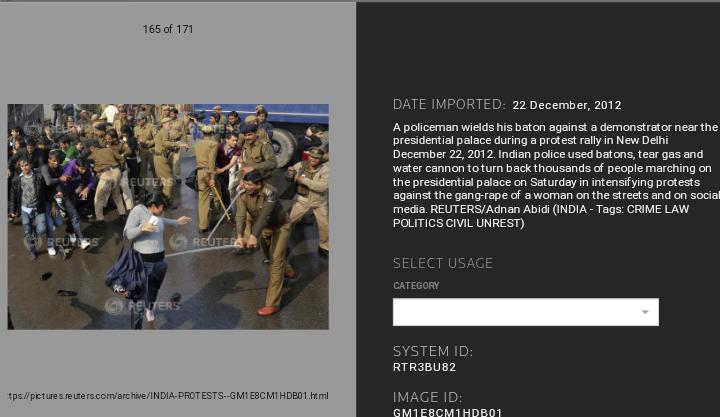 The picture was clicked in 2012 during a protest against the Nirbhaya gang-rape case in Delhi. The picture has no connection with ongoing protests by JNU students.