On Oct 19, Indian Army targetted terror launch pads in Pakistan-occupied Kashmir in which at least 6-10 Pakistan soldiers were killed and 3 terror camps destroyed.

After this, a Twitter user Zahid Siddique shared a video to claim that the Indian Army hoisted white flat to collect the dead bodies of Indian soldiers who were killed by the Pakistan Army at the Line of Control clashes. 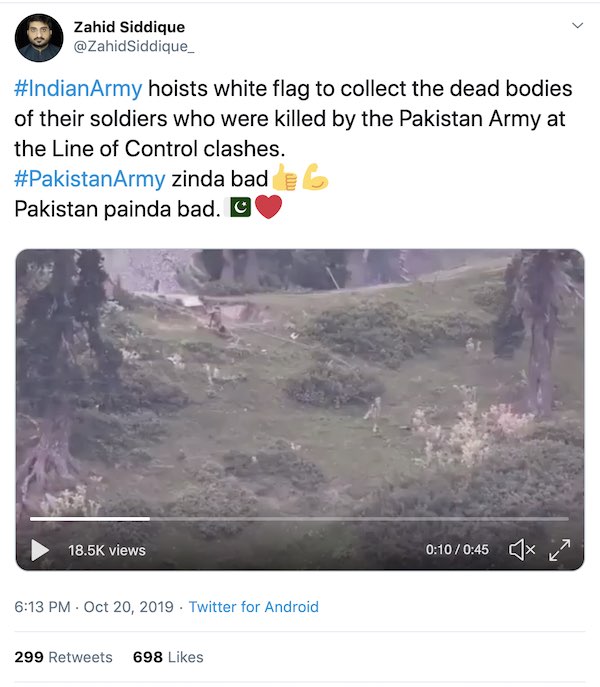 The video is also viral on Facebook with a similar claim. A user Hamza Siddiqui shared the video with a caption:

We found a report by Economic Times about this video. According to the report, the 1 minute 47 seconds video which depicts the incident of Pakistan military personnel raising the white flag to retrieve the bodies of their soldiers was released by the Indian Army. The incident happened in Hajipir sector of PoK on September 10-11 when Indian troops killed a Pakistani Sepoy Ghulam Rasool of their Punjab Regiment. Initially, Pakistani soldiers, under the cover of intense ceasefire violations, attempted to recover the body, but another Pakistani soldier was killed while doing so.

After repeated attempts for two days, the Pakistani Army could not recover the bodies of their soldiers. Finally, on September 13, Pakistan's Punjab Regiment soldiers raised the white flag and tried to recover the bodies.

White flag is raised to signal peace and truce.

The Indian Army respects the dead and so permitted the Pakistanis to retrieve the bodies of their soldiers.

The video was also tweeted by a reputed journalist Aditya Raj Kaul on Sep 14 with a similar story. 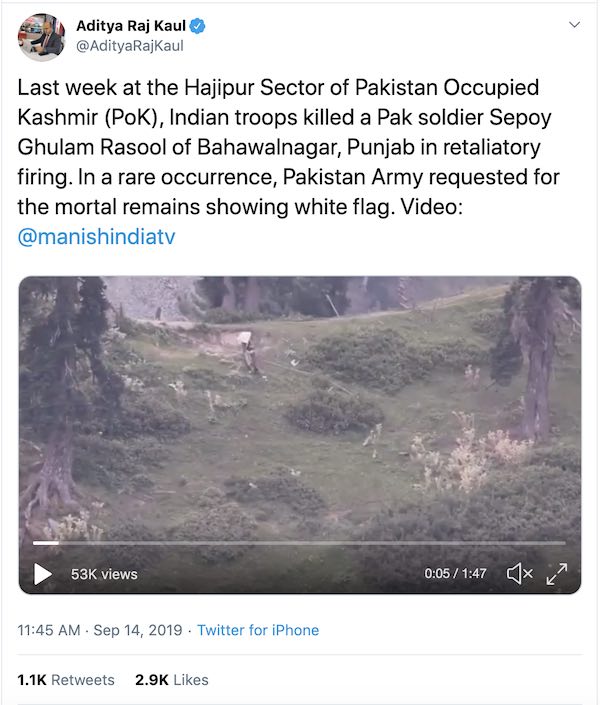