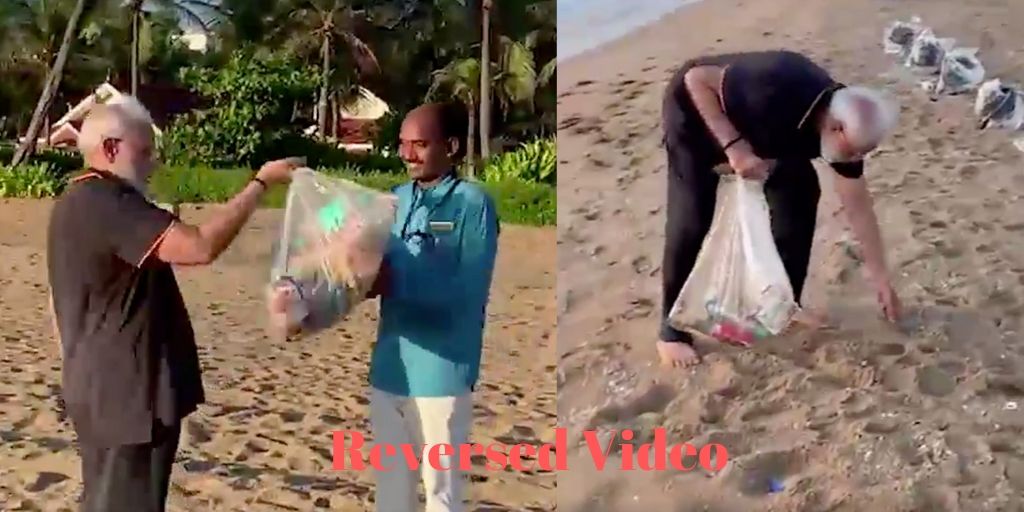 A video of PM Modi is being shared widely on social media to prove that PM Modi's beach plogging exercise was staged. A Facebook user Subhash Kumar shared a 38 seconds long video in which PM Modi can be seen taking the garbage from a man and then placing it on the beaches.

The post has more than 10 thousand shared and 3.5 thousand reactions. 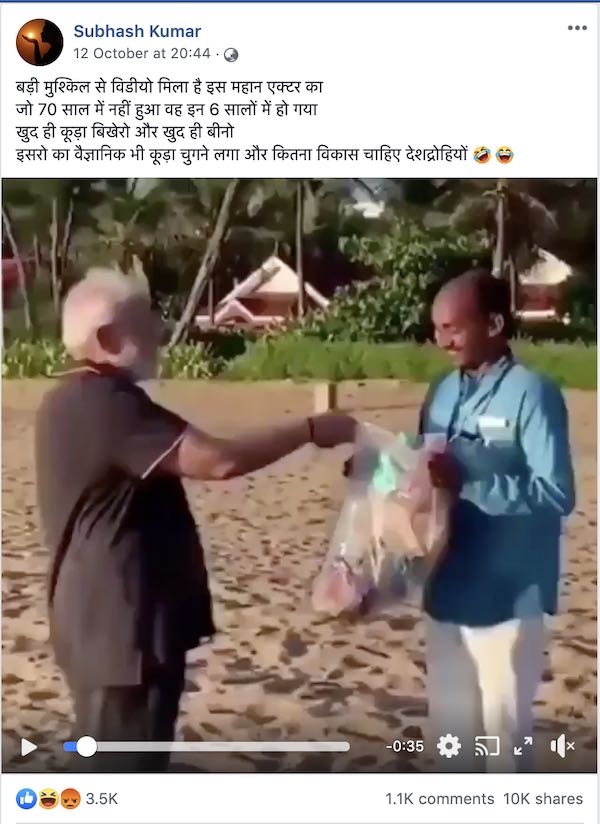 In the first few seconds of the video, PM Modi was seen moving backward before taking the garbage bag which suggests that video has tampered. 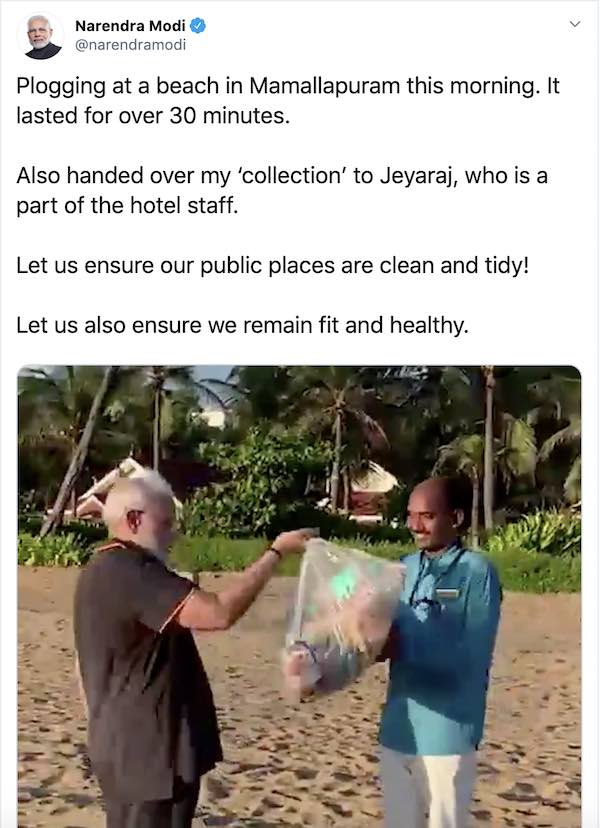 You can watch the video tweeted by PM Modi here:

After analyzing the video carefully, we found that the viral video shared by Subhash Kumar was clipped from the video uploaded by PM Modi and the clip was reversed.

This was quite clear when played the two videos one after another.

Another argument is that if he had to litter the garbage in order to collect them later, why he would put these garbage strategically or why he would do it himself. Someone else could have placed it on the beach which he could have collected later on.

When put together, these things don't make any sense. Hence, it is safe to say that the video is not real and has been clipped and reversed to show PM Modi putting garbage on the beach.

The video showing PM Modi putting garbage on the beach is edited and reversed video. In the actual video shared by PM Modi, he collected the garbage and gave it to hotel staff.