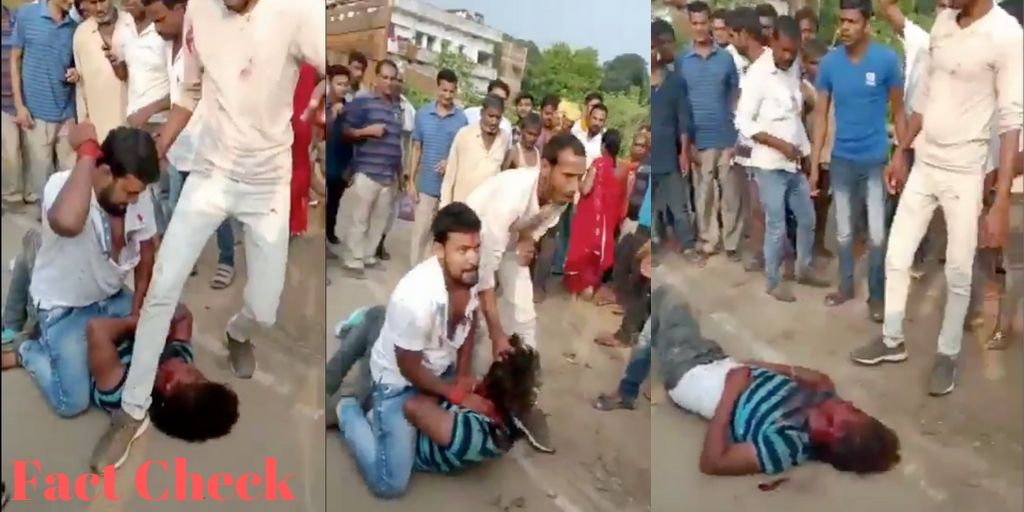 President of INC Chandigarh Social Media Cell, Dr. Mayank Puri shared a video on Twitter to claim that a man was killed by a mob in the name of Jai Shri Ram. His tweet reads,

"Watch the video .. People who murdered a person in public by raising slogans of #Jai_Shri_Ram have become the defenders of religion today.. Only animals like them and their supporters taint Hinduism, Boycott them .. Only then will the honor of the Hindu religion be saved. #JaiHind.

He tweeted the video without any context which implies that the man was beaten to death by a mob in the name of "Jai Shri Ram". 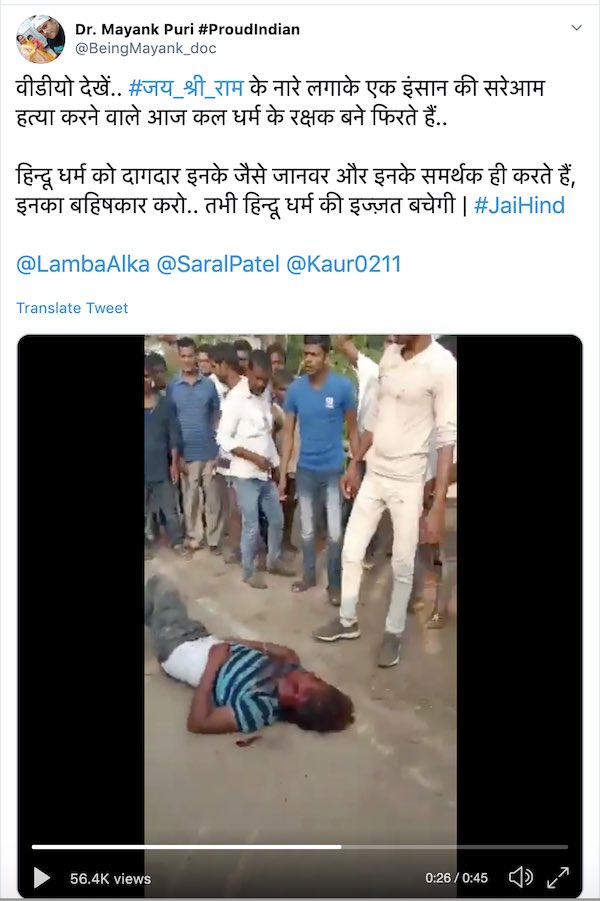 The video shared by him shows the mob chanting Jai Shri Ram as a few men are mercilessly thrashing a man. You can watch the video here:

A CPI(M) leader Md Salim also tweeted the video claiming it to be from West Bengal. His tweet reads:

Comrade Jyoti Basu had described BJP as barbaric and uncivilised party. It is time for the people of Bengal to prevent this barbarism from spreading in the state. We read Vivekananda & Ramakrishna who never asked us to love our religion & destroy others.

Several readers sent us this video and asked us to verify it. 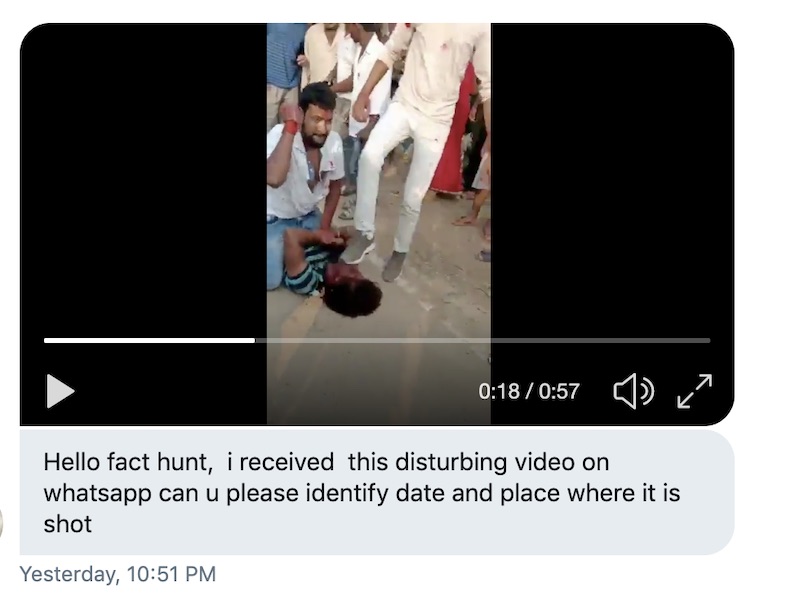 We did a reverse image search of keyframes on Google and found a report by India Today dated October 5. According to the report, the video is from Bihar's Kaimur district.

The son of the Bhabua ward councilor allegedly shot a man, who succumbed to his injuries at a hospital in the city in Bihar's Kaimur district. After this, the accused, ward councilor's son, was brutally thrashed by a mob of locals in broad daylight in front of the police. The incident took place in Shivaji Chowk area of Bhabua.

Kaimur SP said the deceased was shot over an internal matter with the accused. The accused of murder (victim of mob lynching) is now being treated in the hospital.

So, the claim on social media is false that he has died.

As the situation deteriorated, Kaimur SP appealed to the people not to take law in their hands. However, the crowd did not budge and continued with the rampage.

A mob thrashing a murder accused in Bihar's Kaimur district shared on social media with misleading claims. The man is safe and is being treated in the hospital.