C.J Werleman tweets an old video to show a clash between locals and security forces in Kashmir 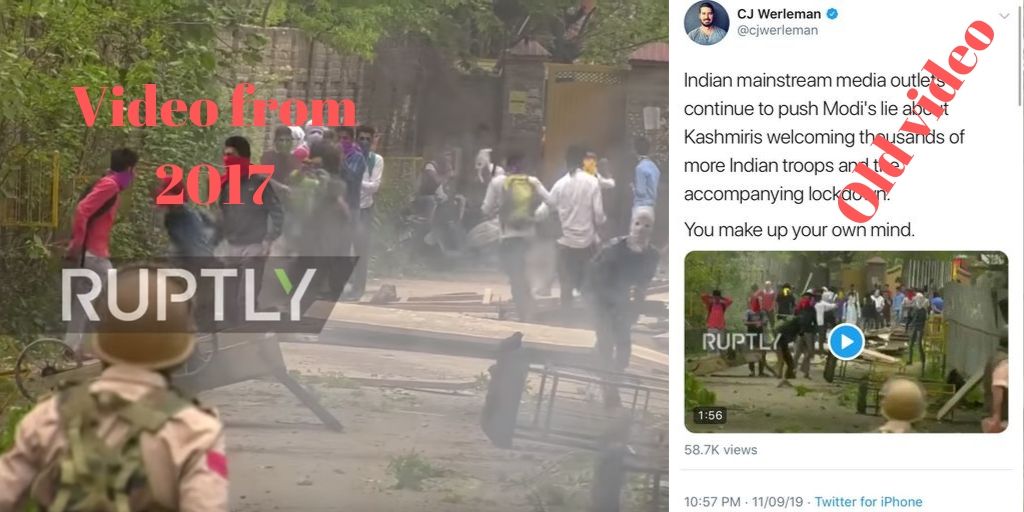 CJ Werleman has the habit of making unverified and false claim mostly against the majority community of India. In June this year, he had falsely claimed that a Muslim youth was beaten and forced to eat pork by Hindu Extremists in Delhi.

On 11th September he tweeted a video to show protest by Kashmiris after the abrogation of Article 370 and Article 35A. His caption reads, "Indian mainstream media outlets continue to push Modi's lie about Kashmiris welcoming thousands of more Indian troops and the accompanying lockdown. You make up your own mind". 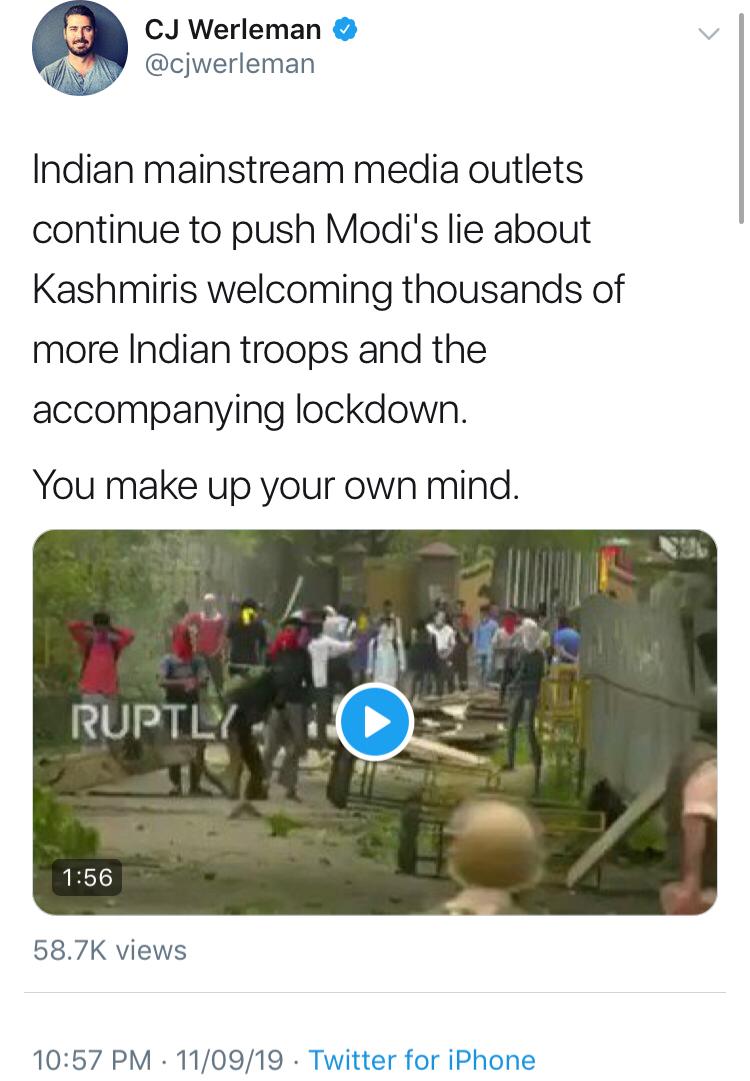 The video which shows the clash between locals and security forces had got more than 58,000 views before he deleted his tweet after being called by many users.

The video had the watermark of Ruptly. We searched for the video on the Youtube channel of Ruptly and found that it was uploaded on May 15, 2017.

According to the report, the video shows the clashes between police and protesters outside a college campus in Srinagar, Kashmir. Police had used tear gas, stun grenades, and rubber bullets to repel protesters, who in turn retaliated with volleys of rocks and canisters that were originally fired by the police.

The video shared by Werleman has no relation to the ongoing issue in Kashmir. The video is indeed from Srinagar but it is more than two years old.