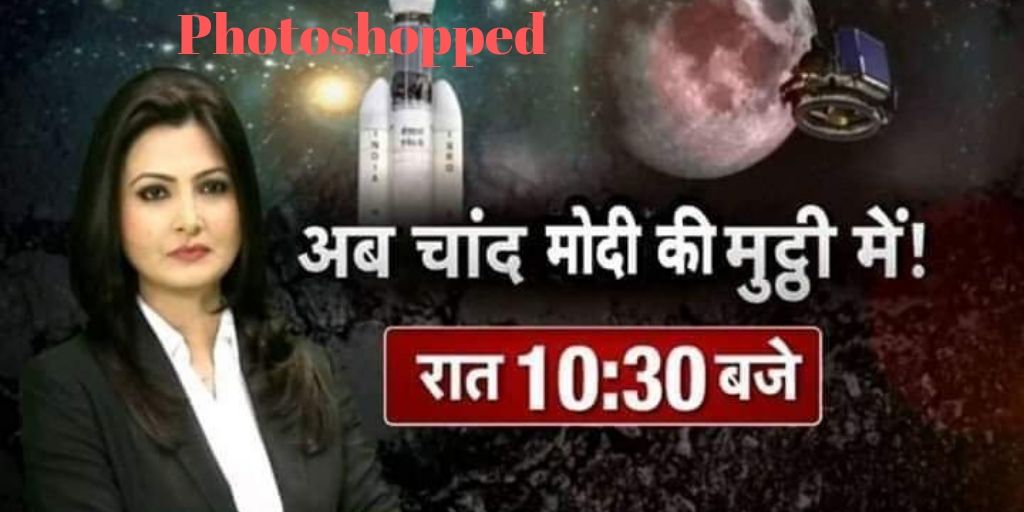 A Tweeter user name I C Gupta shared a screengrab of Aajtak with a caption "This is Called Dalal @AajTak Ki Chitra Tripathi Modi Modi Ki Mutthi Me with Chand". 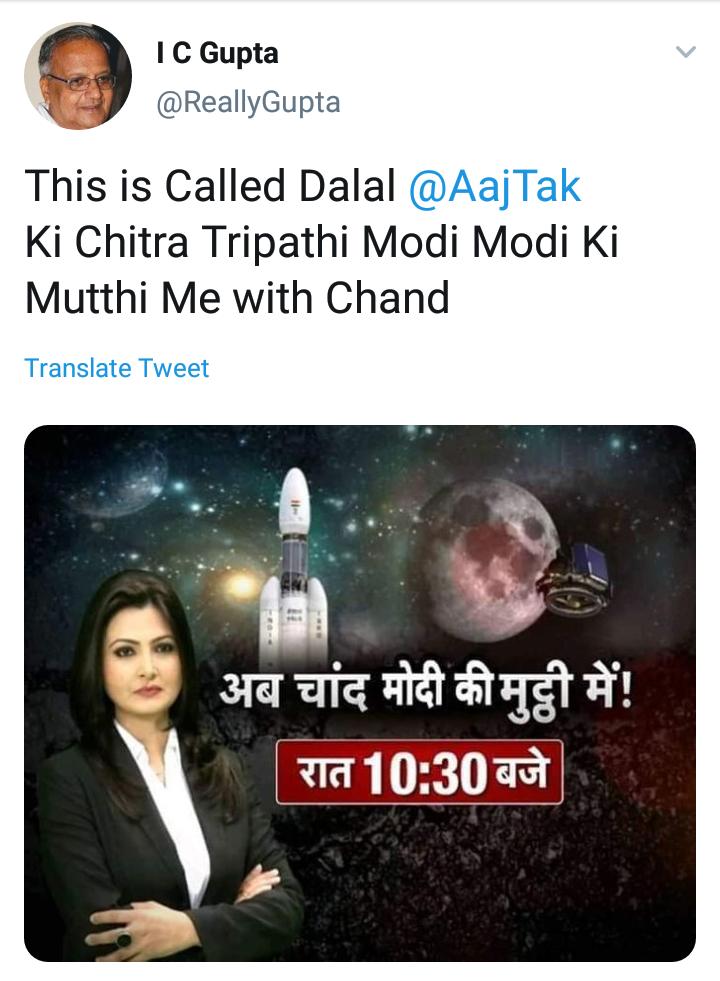 The screengrab features Aaj Tak's anchor Chitra Tripathi with a message "Moon will now be in Modi's hand" (translated from Hindi). The screengrab was initially tweeted by many parody handles like ModiLeDubega and BebakAawaj.

However, it was later on picked by several verified handles including an MLA from Hilsa Shakti Singh Yadav. 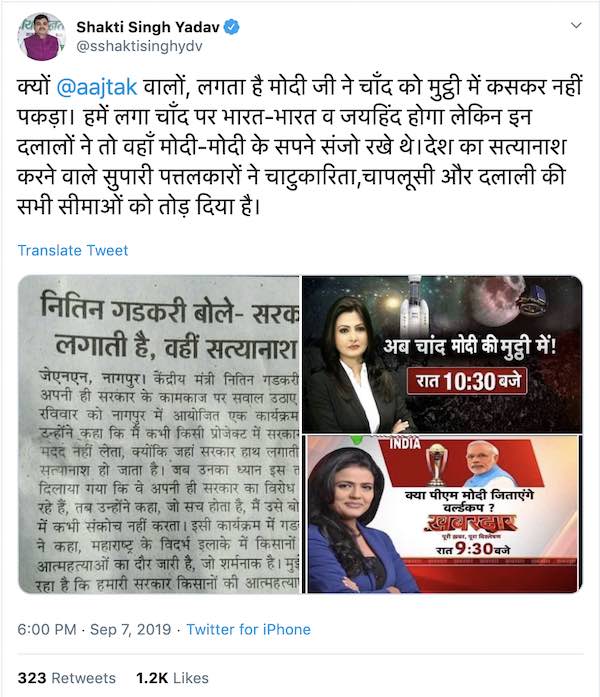 We did a reverse image search on Google and found that a similar screengrab was tweeted by Chitra Tripathi herself on July 22 on the eve of Chandrayan 2 launch. However, the message on the screengrab reads "Moon will be now in our hands" (translated from Hindi). 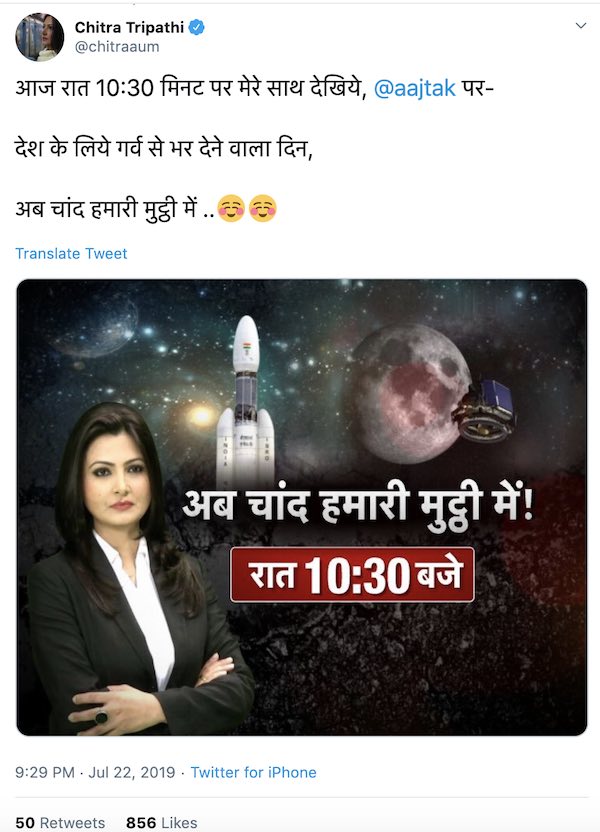 We compared the two images and found that the viral screengrab is photoshopped in which the Hindi word Hamari has been replaced by Modi.

The viral screengrab is photoshopped.