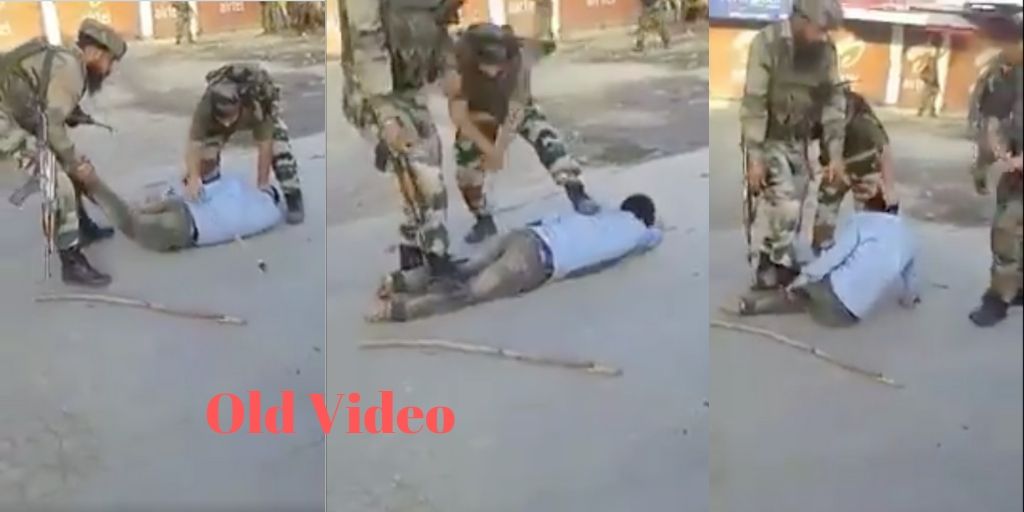 Some Twitter users have been recently sharing a violent and graphic video which shows some army personnel beating up a young man. This video was given the context of abuse carried out by Indian army men on Kashmiris after the revokement of Section 370.

The video shared by the users shows around four army men pinning a man to the ground and violently beating him. One of the users who has tweeted out this video had done it as a reply to a tweet which talks about Arnab Goswami claiming that all coverage done by the Western media are “lies and fake news”. To which the user has claimed that Indian media is the biggest liar and has tweeted out this video so that we could see the cruelty of the Indian Army in Kashmir. 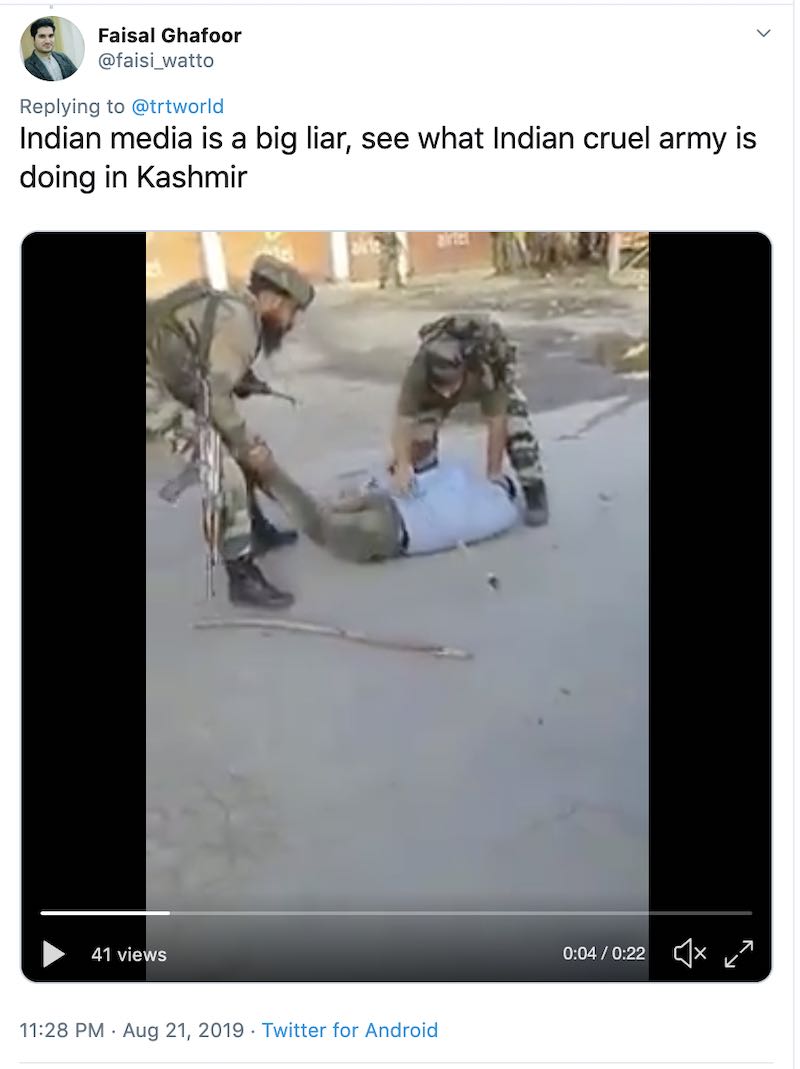 Several users asked us to verify the video which can be watched here:

We did google image reverse search which led us to an Indian Express article from April 15, 2017, in which this video has been included. According to the article, a student of Pulwama Degree College is being trashed in the video by Indian army men using a cane. It has also been mentioned in the article that Defence Spokesman Colonel Rajesh Kalia has told that required action will be taken against those who are to be found guilty and that the “veracity of the videos is being ascertained.''

We can also see the advertising hoardings of Airtel which proves that the video is indeed from India. There is no brand called Airtel in Pakistan. In the Indian subcontinent, Airtel is operational only in India, SriLanka, and Bangladesh.

The video showing army men beating up a youth which was tweeted out by few users claiming that the Indian army is torturing Kashmiris is an old one from 2017.

Since it is being shared now, it may give the impression that the video is recent one after Article 370 was abrogated on Aug 5.