A saint of Ramkrishna Math was beaten by Muslims in Bengal: 11 years old incident shared as latest one 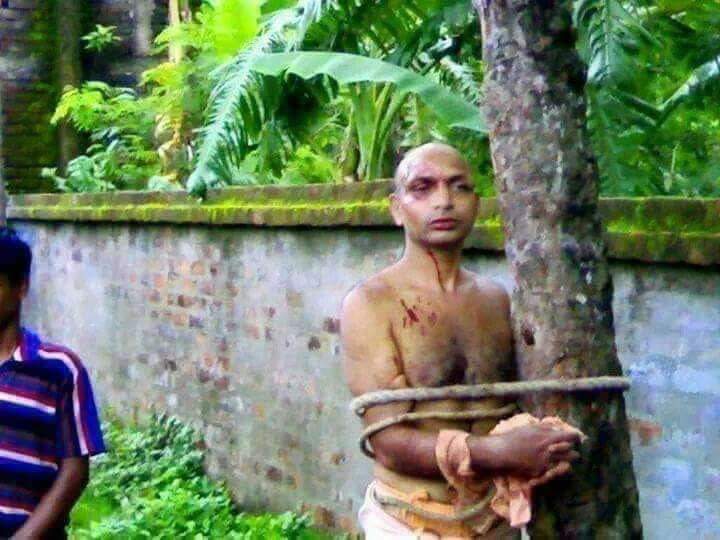 A post is getting viral on social media with claiming that Sawami Punnyalokananda was tied up with a tree and beaten up by Islamic goons in Bengal at Ramakrishna Ashram. A Twitter user Nidhi Bansal tweeted a post with a caption "In #Bengal Ramkrishna Math's saint was thrashed by Islamic Goons after tying him in a tree. This news has not been shown by the media because it will awake Hindus? Jai Shree Ram". 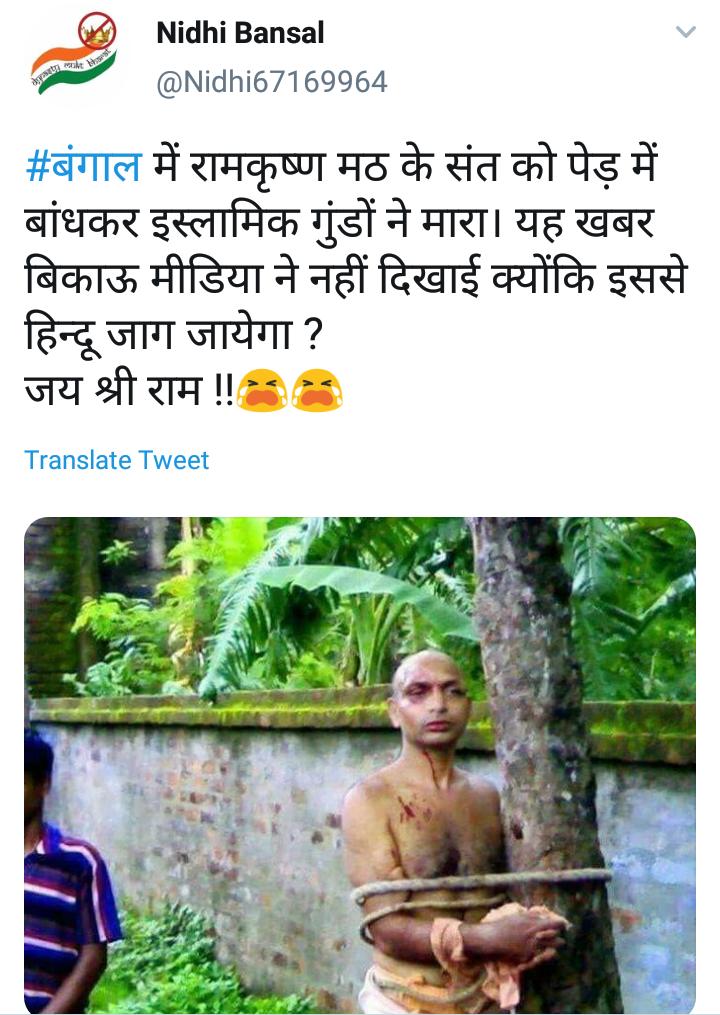 The tweet received of 1431 retweets and over 1300 likes at the time of writing this article.

After doing reverse research of the image, we found a report of Hindu Janajagruti Samiti. According to this report printed in 2008, On July 08 the Swami Punnyalokananda was beaten ruthlessly after being tied to a tree by CPIM leaders.

The Police came to the spot when the Swami was senseless and admitted the Swamiji in nearby Padmer Hat Rural hospital. Swamiji had many injuries in the whole body including scull. A police case was started by Joynagar Police Station. 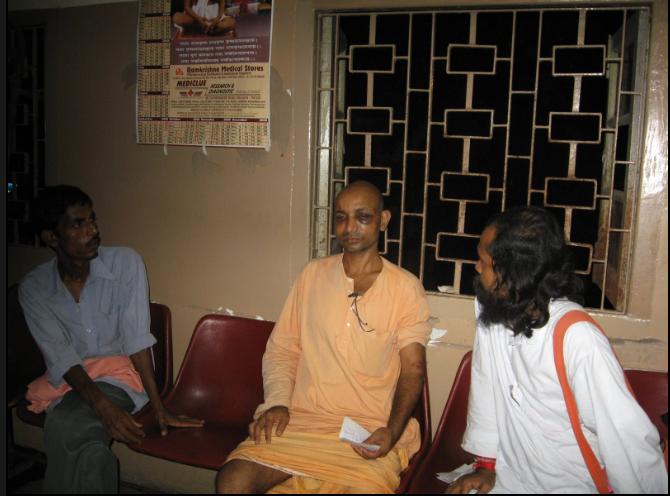 The viral picture claiming that a Swami was beaten up recently in Bengal by Muslims is misleading because the incident happened in 2008 when Swami Punnyalokananda was beaten by CPI(M) leaders.