6,000 years old statue of Lord Rama and Hanuman found in Iraq: No, the statue was found in Jharkhand 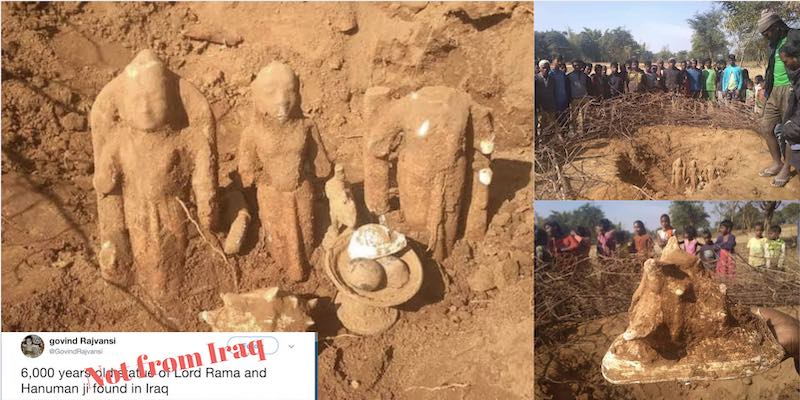 A Twitter user Govind Rajvansi tweeted that 6,000 years old statue of Lord Rama and Hanuman Ji has been found in Iraq. His tweet has got around 1500 retweets and 3400 likes. 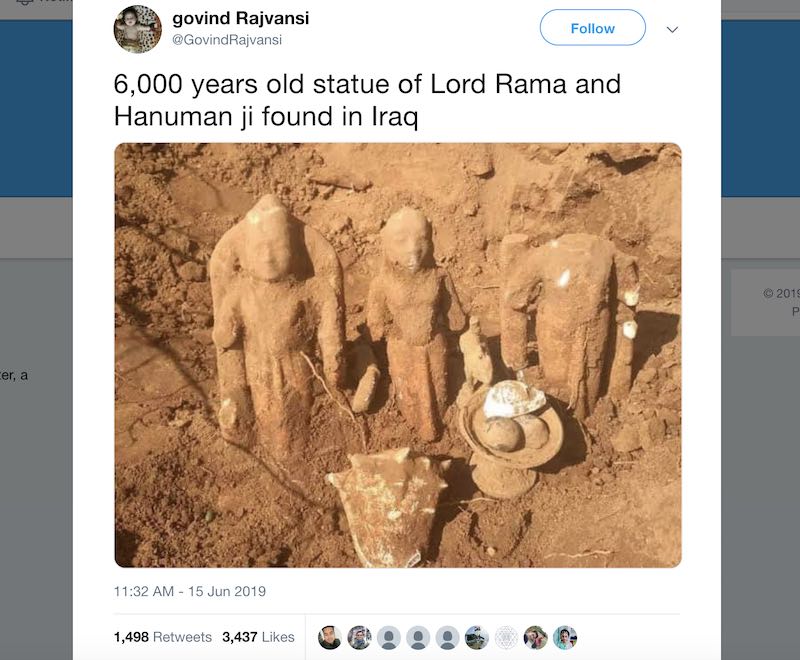 After some research on the web, we found that the same image has been used on a website theanalyst.co.in with the headline "The statues of Lord Rama and Sita found in Jharkhand while digging" (translated from Hindi).

As per the report, the statues were found in Jilinga village of Khunti district in Jharkhand. A man named Soma Tuti found these statues on Jan 04, 2019 while digging mud as he was preparing for Ind Mela. He also found two shanks of different size and a statue of Nandi. It is said that these statues were made by Raja Mahendranath Thakur during his ruling period. Professor Dr. Aanand from Delhi Institute of Heritage Management and research says that these statues are from the 18th century. 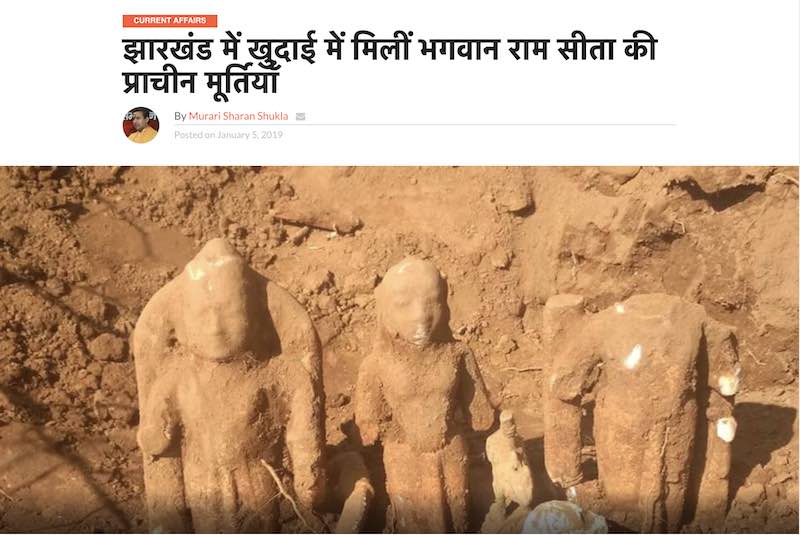 During the 18th century, there was a tradition of building Thakurbadi(House dedicated for Lord Rama) instead of a temple. The kings and Zamindars used to Consider Lord Ram as the head of the state and themselves as his representatives who are governing on behalf of Lord Rama.

Even today we can find Thakurbadi in many villages of Bihar, Jharkhand, U.P., and Bengal. Many people from the village came to see the statue as you can see in the picture above.

The statues of Lord Rama, Lakshmana and Sita were found in Jilinga village of Khunti district in Jharkhand. People are sharing these pictures to falsely claim that these statues were found in Iraq.

Note, there is another image which has been viral from last few years. Hindi daily Patrika has also published an article on June 14th to claim that statues of Lord Rama and Hanuman were found in Iraq and Iraq government informed Indian government by writing a letter. There are some counterclaims that these carving actually depicts an Akkadian warrior tramping a defeated Hurrian while another Hurrian begs for his mercy. 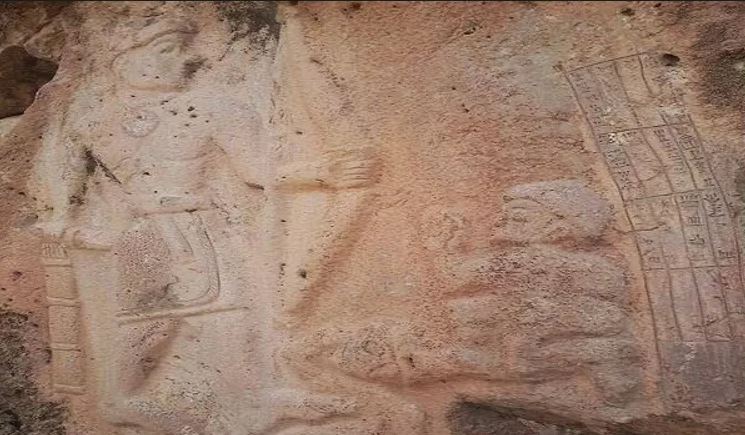 We are verifying these claims and will publish an article on it very soon.