Fact Check: Was a policeman beaten by BJP workers for inspecting BJP leader house in Varanasi 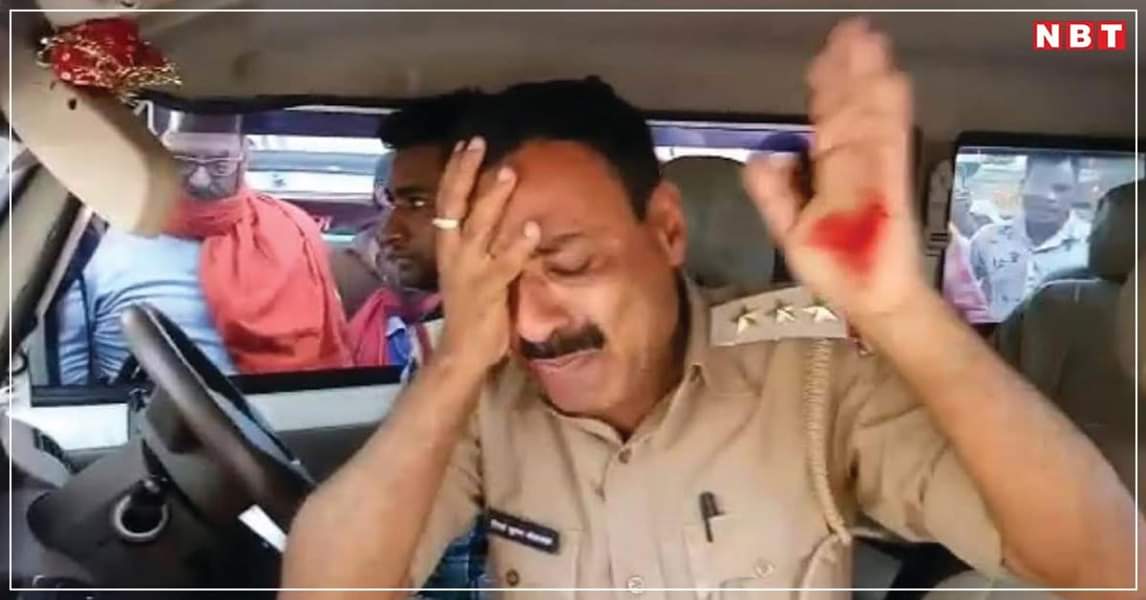 A picture of an injured policeman is going viral on social media with a claim that he was beaten by BJP workers when he went to the house of a BJP leader for inspection.

A Facebook user Akhilesh Yadav shared the picture on his timeline to claim that the incident happened in Varanasi. The profile is associated with the Samajwadi Party.

The post has more than 1000 likes and 600 shares. A video of the incident is also being shared on social media with the very same claim.

Several users on Facebook have shared this image to claim that a policeman was beaten by BJP workers. You can see all such posts here.

We did a reverse image search on Google and was redirected to a report by Nav Bharat Times. According to the report the incident happened on 9th June 2019 in Pandeypur Locality of Varanasi. Some road-side street vendors used to steal electricity. A person named Imrati Lal had illegally started a R O plant. When Power corporation inspector Deepak Kumar Shrivastava raided the area, the mob of street vendors attacked him. 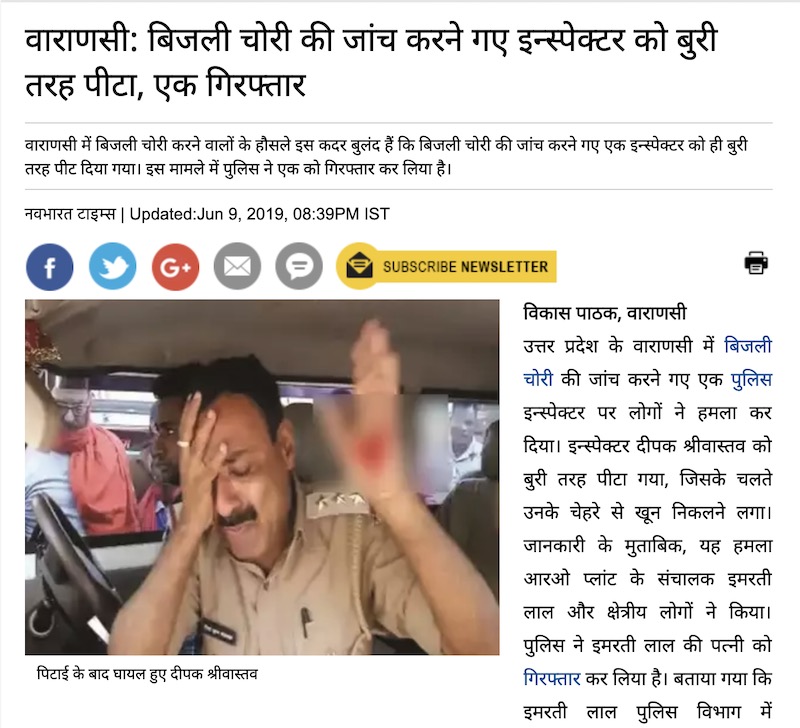 The incident was also covered by local daily Bhaskar.

The claim that a police inspector was beaten by BJP workers in Varanasi when he went to inspect the house of a BJP leader is false. He was beaten by street vendors who were stealing the electricity.