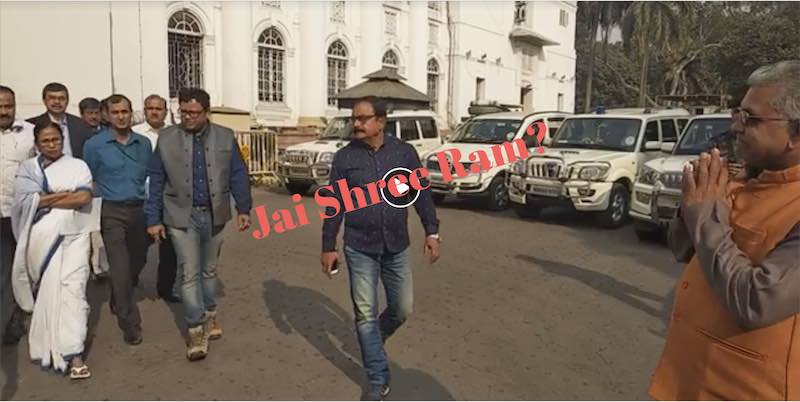 Recently a video of Mamata Banerjee leaving the West Bengal assembly and a group of people heard to be chanting “Jai Shree Ram” slogan has gone viral on social media.

"Look at her expressions on being greeted with 'Jai Shri Ram'

It's a Crime to chant Jai Shree Ram in Bengal.

Several Facebook pages like Resurging Dharma, Warriors of Hindustan have shared the video with a similar claim.

"Yesterday at #WBAssembly that look of her when she can't do anything loved it... #JaiShreeRam @MamataOfficial" - wrote Warriors of Hindustan while sharing the video. 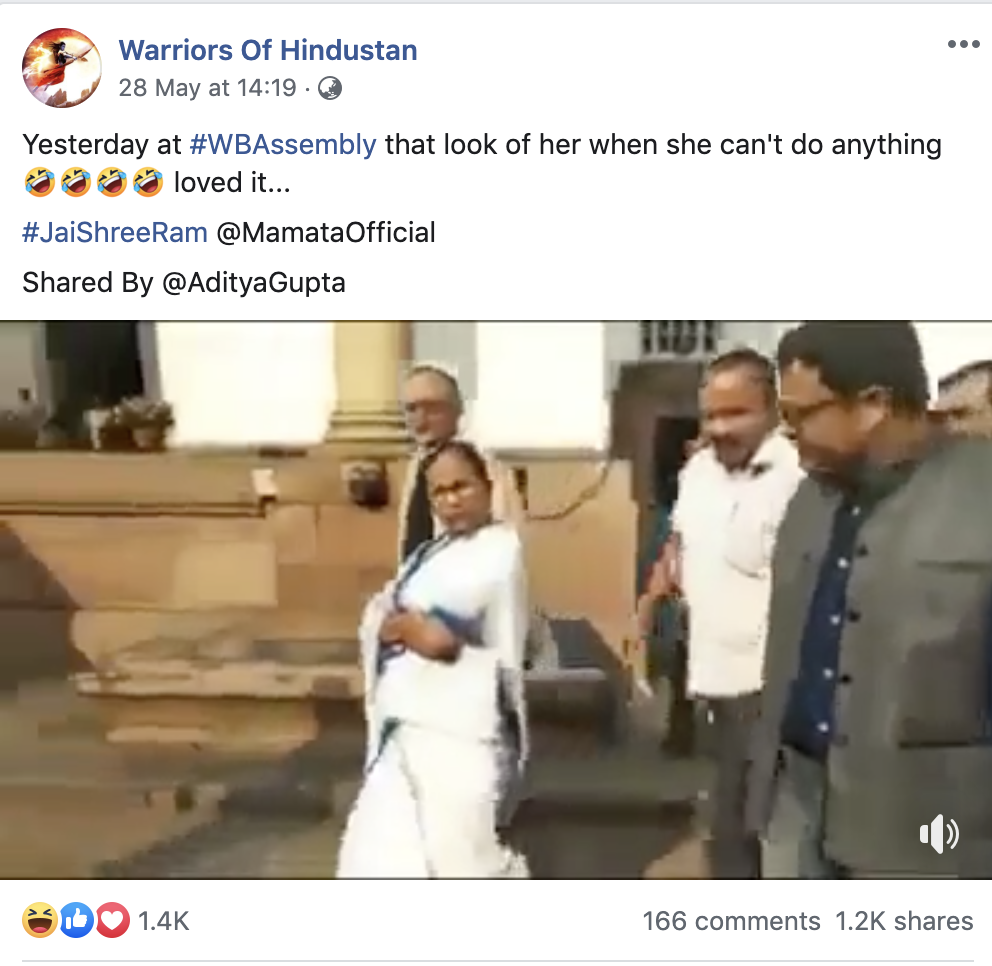 On Twitter, Mahesh Vikram Hegde tweeted the video with a caption "Now She Trolled Openly in Bengal Raj Bhavan What a beautiful reaction, I love the kind of faces she makes". 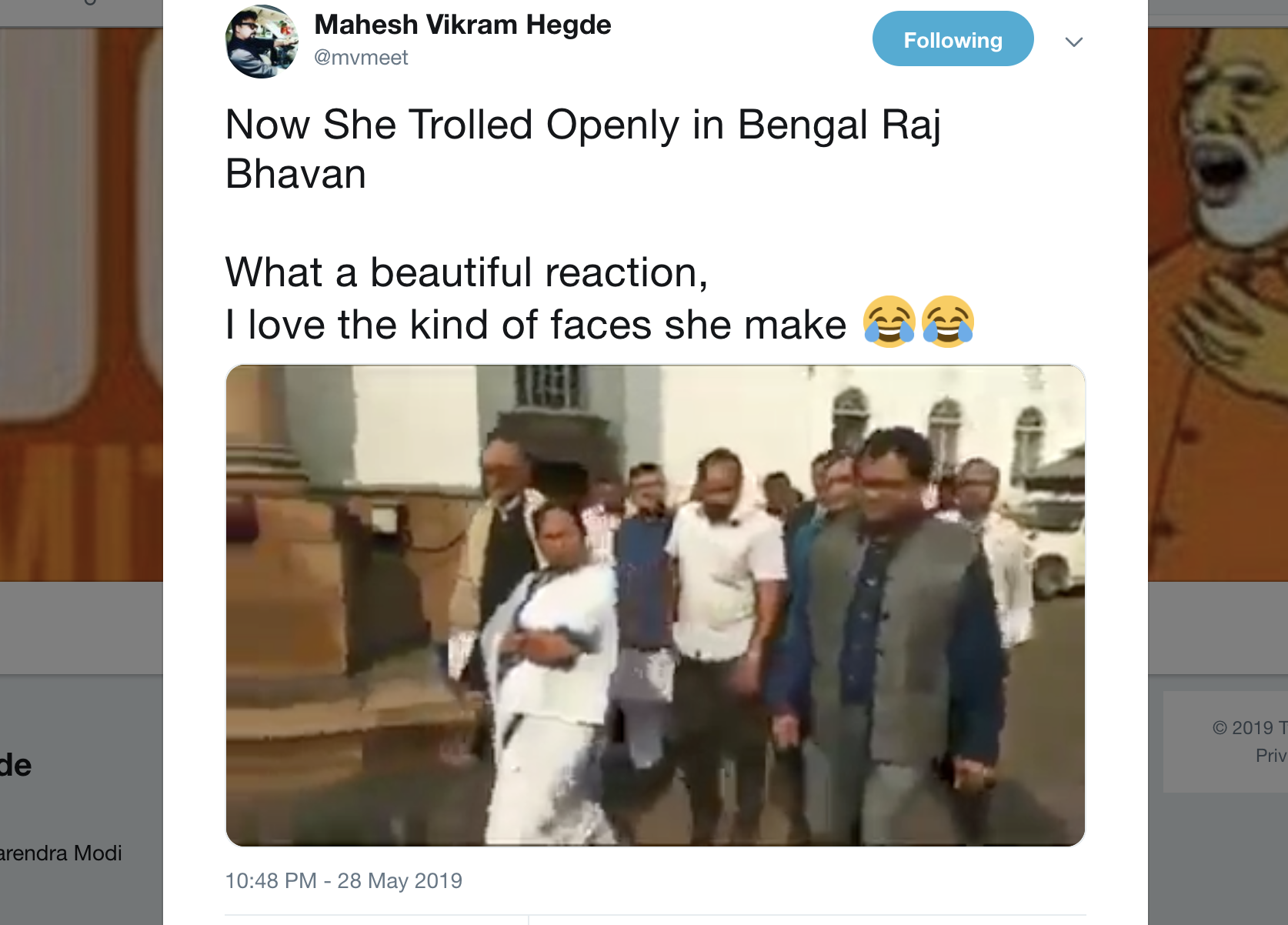 Zee News' Journalist Pooja Mehta tweeted the video to inform that she was present that day at West Bengal Assembly along with reporters from other channels and there were no slogans of Jai Shree Ram. As per her tweet, the sound in the video has been superimposed.

#Fakenews alert: I was present that day at the West Bengal Assembly along with reporters from other channels when Dilip Ghosh greeted CM Mamata Banerjee & she greeted him back enquiring about his health. There was ‘NO’ chanting of ‘Jai Shree Ram’, sound superimposed. 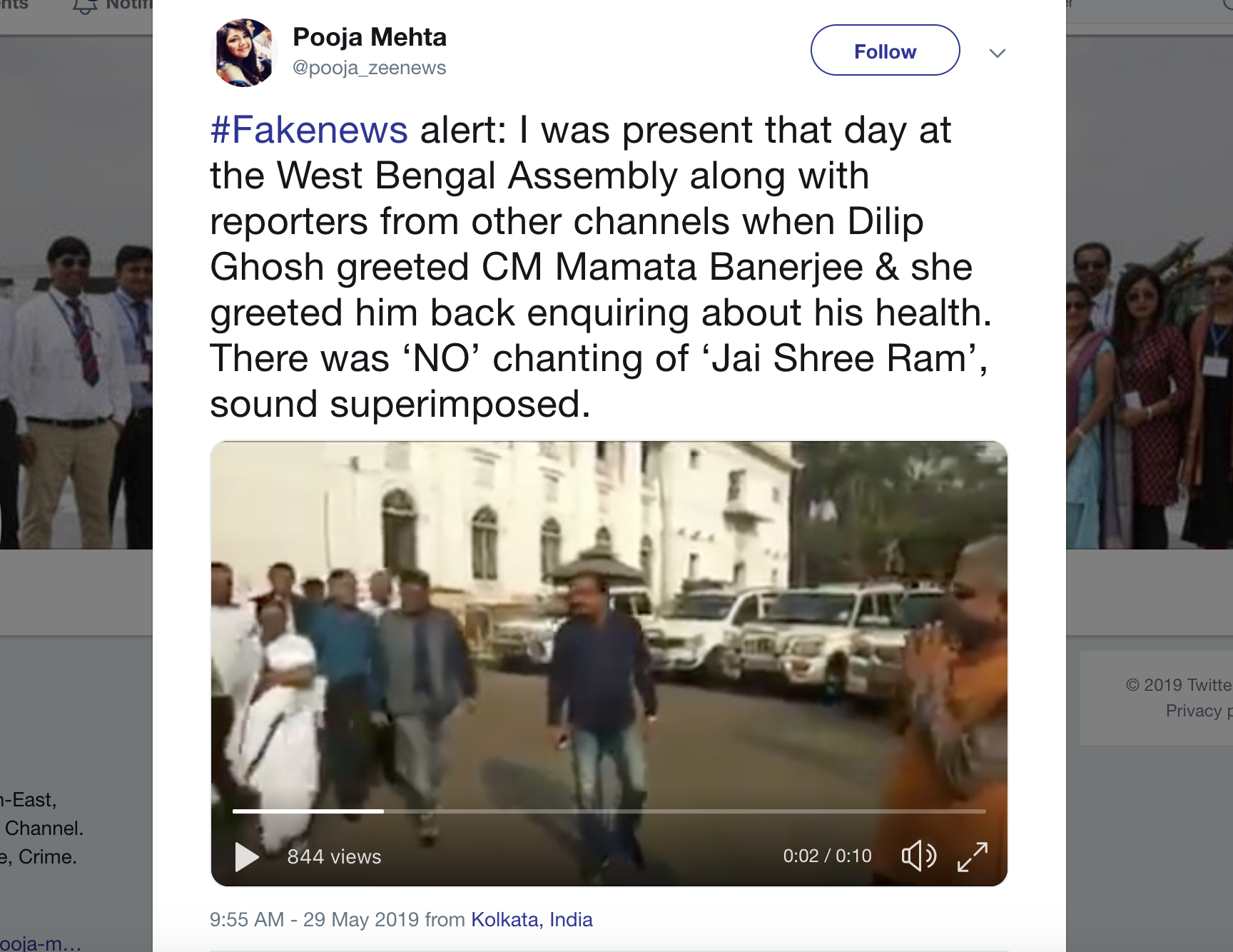 We found the original video shared by the West Bengal correspondent of the India Today Group Indrajit Kundu on his Facebook page four months ago. He has shared the video with a caption "#Bengal chief minister Mamata Banerjee and #Bengal BJP chief Dilip Ghosh came face to face at the state assembly today. Watch what happend! #JabWeMet".

You can watch the original video here:

In the original video, Mamta Banerjee can be seen walking out of the assembly and on seeing Dhilip Gosh who is the current President of the BJP party in West Bengal asks him “Ki Dilip babu shorir bhalo acche toh”. (Dilip Babu, how is your health?). To this Ghosh replies, “Ekdom bhalo achhi ami”. (I am perfectly fine). Following this conversation, she leaves.

The audio has been superimposed on the viral video. Moreover, the audio is from an earlier video in which Mamata Banerjee had stopped the car she was traveling in to call out people who were chanting “Jai Shri Ram”. That video can be seen down below.

The claim that Mamta Banerjee was greeted with the slogans of "Jai Shree Ram" outside the West Bengal Assembly is false.