Pakistani people celebrated PM Modi's victory: No, the video is from Jammu and Kashmir

After PM Narendra Modi’s victory in the recent elections, many Modi supporters have seen to be celebrating all over the country. A particular video making its rounds on social media shows a bunch of Muslims dancing and celebrating with Modi masks, BJP flag, etc. Many social media users claim that this video is from Pakistan and that this shows that people are crazy over Modi even there.

A Twitter user Tabassum Zarrin tweeted "Indian Muslims open your eyes and see the popularity of Modiji in Pakistan". This is also accompanied by a hashtag of the BJP slogan and a video that shows many Muslims celebrating using BJP props. 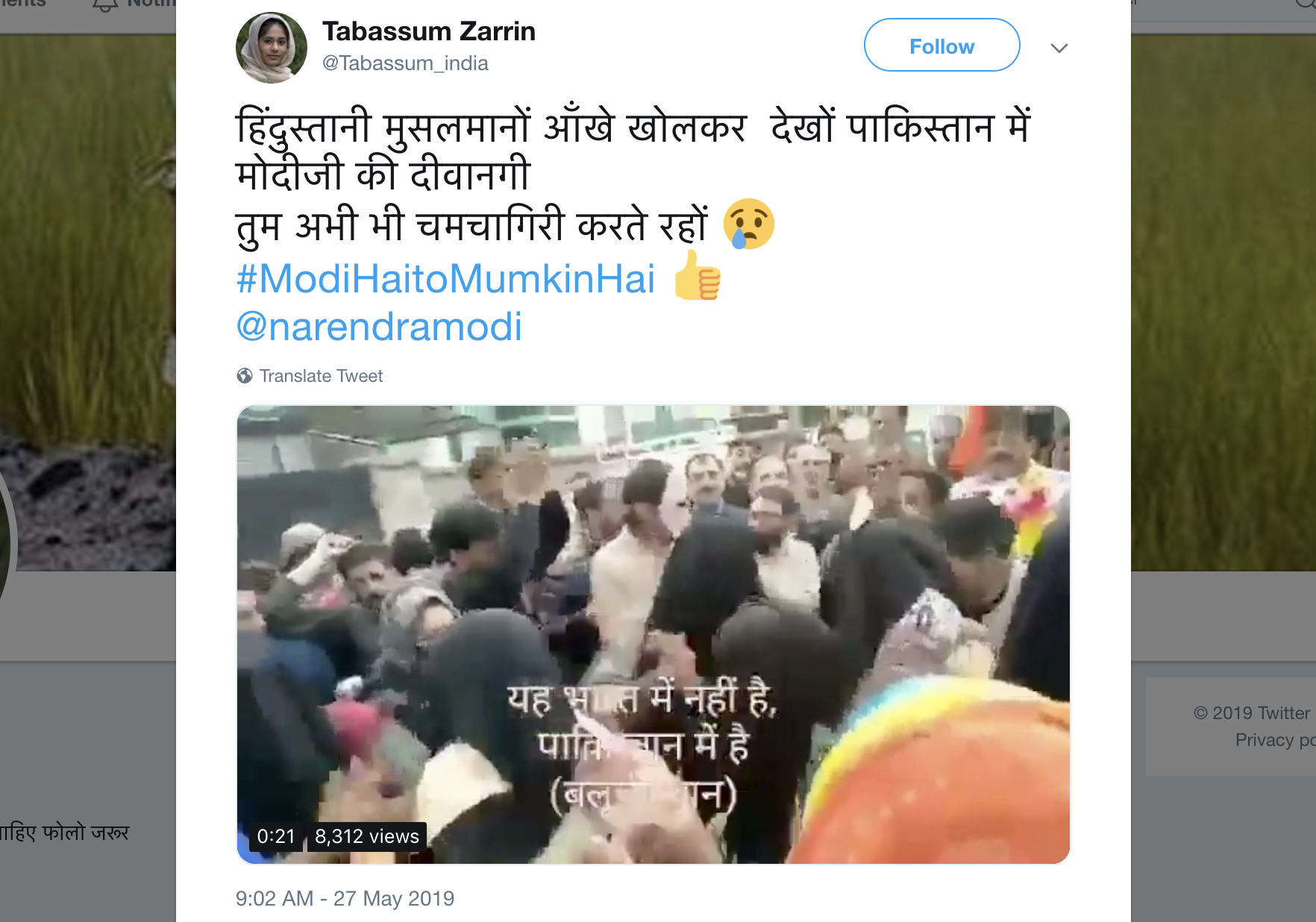 You can watch the video tweeted by her here:

The same video has also been virally shared with the context that the first branch of BJP has been started in Pakistan. 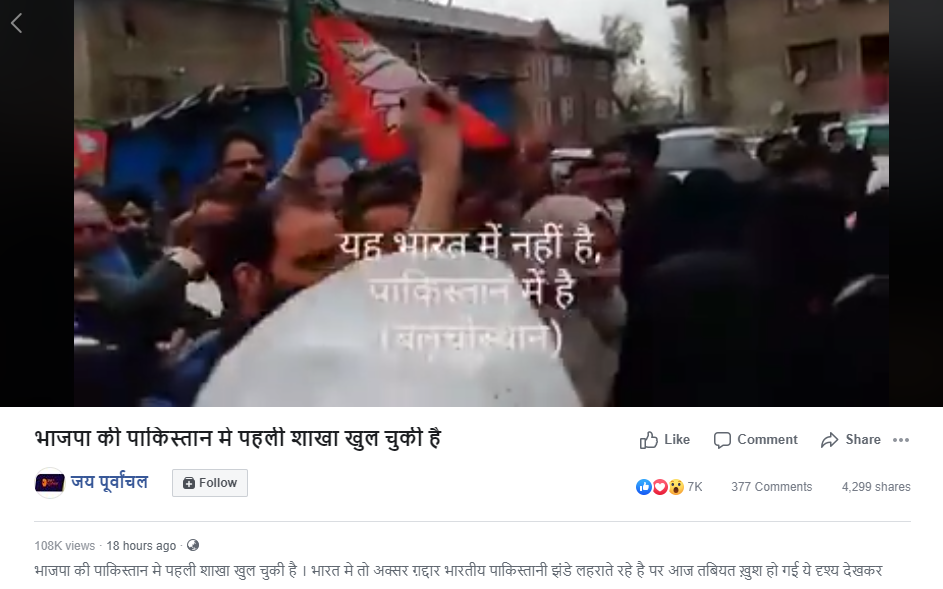 The video has been shared widely on social media with the same claim. 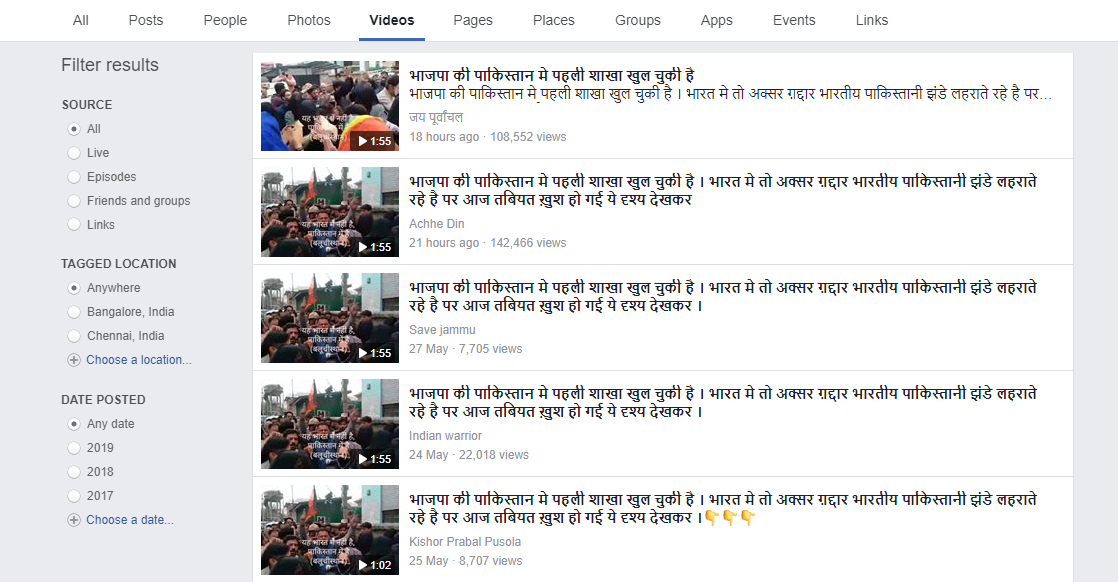 After some verification, we have found that this is absolutely false. Firstly, the video is from Anantnag city in Jammu and Kashmir. The context of this video is BJP’s Anantnag constituency candidate Sh. Sofi Yusuf was accompanied by thousands of Muslims to file nomination papers in the city. This can be confirmed as the official Twitter account of BJP Jammu and Kashmir tweeted it out. Furthermore, the video shared is outdated as well. 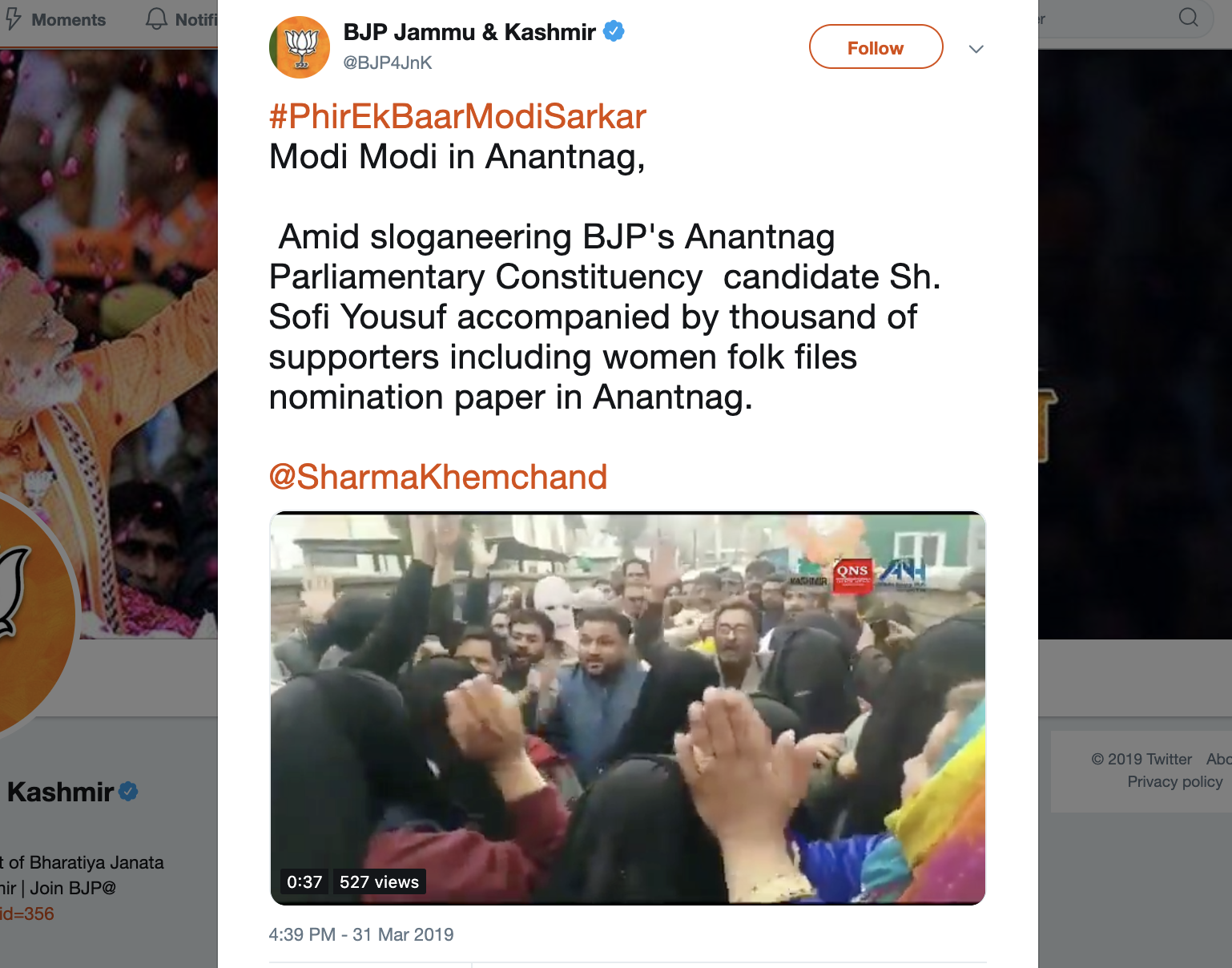 The two videos are from the same incident which can be confirmed by comparing the screengrabs from both the video. Clearly, the man in both the screengrab is the same person.

A video showing Muslims celebrating using BJP props is not from Pakistan but from Jammu and Kashmir where the people along with the party candidate has gone to file nomination papers.