Votes of elephant's symbol goes to BJP: No, the viral video is misleading

A video is going viral on social media in which a person is seen to be pressing the vote for the elephant symbol of the BSP party, but the vote is registered for the BJP.

The video uploaded by a Facebook page has gained over 525 k views in under a week with around 19k people sharing it. 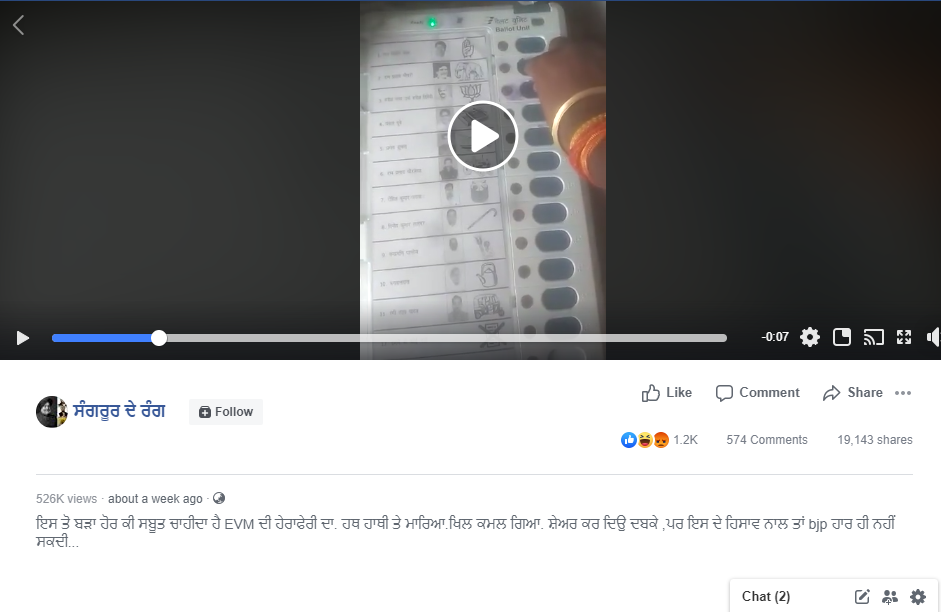 The caption is in Punjabi which translates to “What more proof can there be than this....pressed the elephant button and the lotus bloomed. Share this but as per this BJP could never lose”. The same video was shared with the same caption by few others each having more than 10k views and hundreds of shares. You can watch the video here:

The video was brought to our notice by one of our readers on Twitter.

Does this video really showcase an EVM malfunctioning?

At first view, it does look like the EVM has malfunctioned or has been rigged to vote for BJP when the vote was cast for BSP. However, taking a closer look and replaying it a few times, this video can be confirmed as misleading.

The video has been recorded in such a way that the thumb is not visible in the first look. Clearly, the trick has been used by this person to deceive people.

This video also leads to questioning as to how the process of voting can be video recorded. Whether it be for mock polls or the actual elections, taking a video of individual voting and posting it on the internet is not seen to be legal.

This is not the first time that videos, posts, and articles have pointed out that BSP’s vote has been cast for BJP due to rigged or malfunctioning EVMs. Recently a person had reported the same and the issue had become viral.

Rajdeep Sardesai had tweeted during the first phase of election "This BSP voter in Bijnore claims that every time he pressed the elephant symbol, the lotus was blooming! We are verifying the claim." 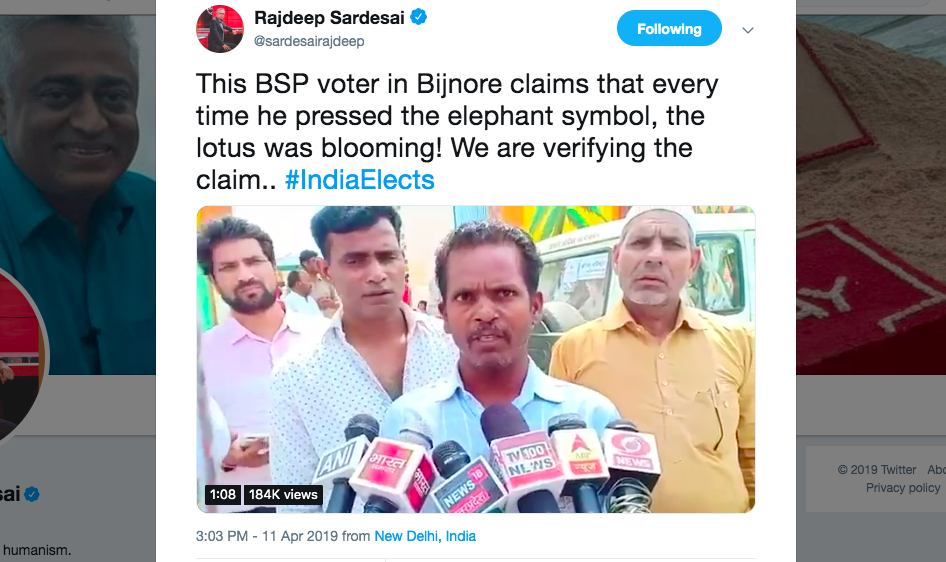 However, Rakesh Kumar, Bijnor Sector Magistrate had clarified that no such incident had taken place though there was some issue during mock polls following which the entire set of EVMs were replaced.

ANI had tweeted "Rakesh Kumar, Bijnor Sector Magistrate on reports that 'Lotus' symbol is being displayed after pressing 'Elephant' symbol on EVM: No such incident has taken place. Elections are being held peacefully. There were some issues during mock polling so we changed the entire set"

The viral video showing a person pressing the BSP's elephant symbol but the vote getting registered for BJP is misleading. In the video, the man pressed the lotus symbol with his thumb while pretending to press the elephant's symbol with his index finger.