Teacher of RM VM School in Valsad brutally thrashed a kid: No, the viral video is from Syria

A video showing a child getting thrashed is being shared online with a claim that a school teacher of RM VM School in Valsad of Gujarat has physically abused a student.

The video was tweeted by Jignesh Mevani who is an independent MLA from Vadgam constituency in Gujarat Legislative Assembly. His tweet reads:

"None of your WhatsApp contacts and groups should be left, send this video to everyone. He is a teacher at RM VM School, Valsad. Share this video to the extent that the teacher and school both are shut. - this is the message I received. @PMOIndia tell us what is this? 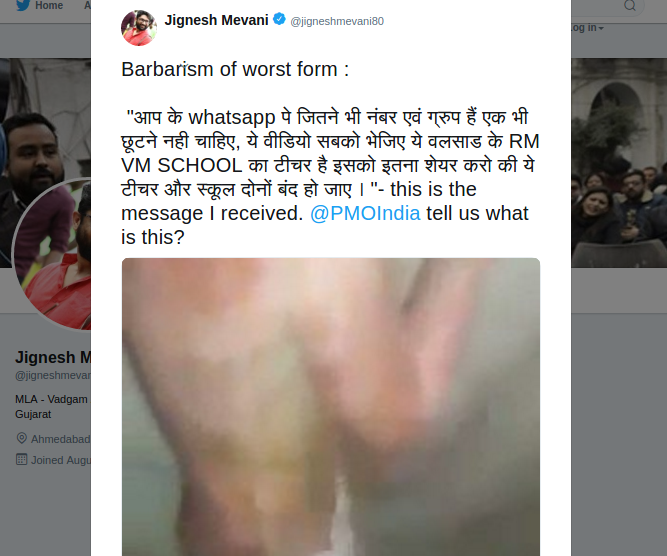 You can watch the video tweeted by him here.

The same video with an exact caption is going viral on Facebook and Whatsapp as well.

The language in the video is certainly not an Indian language. We used invid chrome extension to break the video in different frames and did a reverse image search on Google.

We found a report by almasdarnews.com in which one of the screenshot has been used. As per the report, the boy was kidnapped by a group of the Free Syrian Army in Dara, Syria, to extort money from his parents. The video was originally sent by the FSA members to his parents. 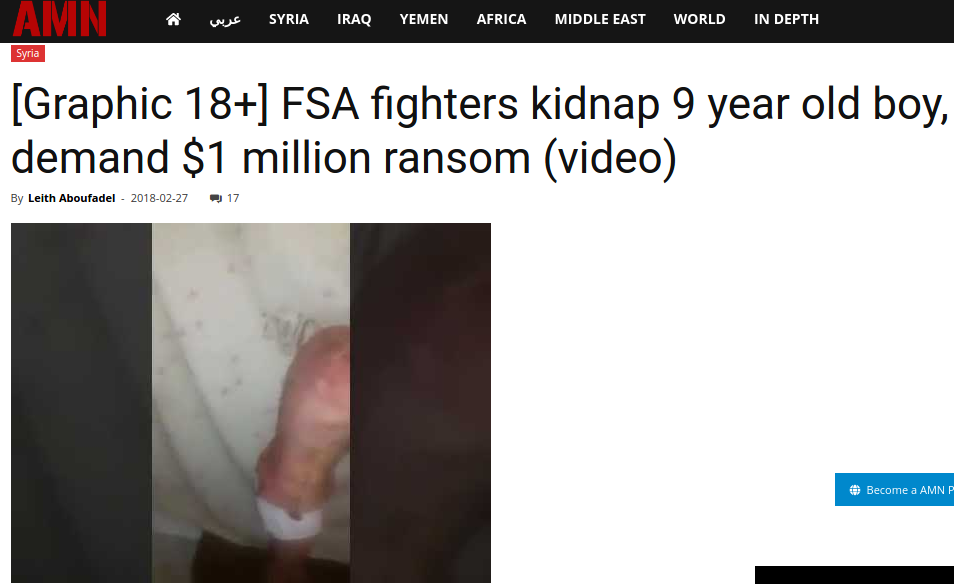 The claim that a teacher of RM VM School in Valsad district of Gujarat brutally thrashed a kid is false. The viral video is an old one from Syria and it was a case of kidnapping for ransom.