Rohingyas attack central forces vehicles infront of Police: No, the video is of an accident 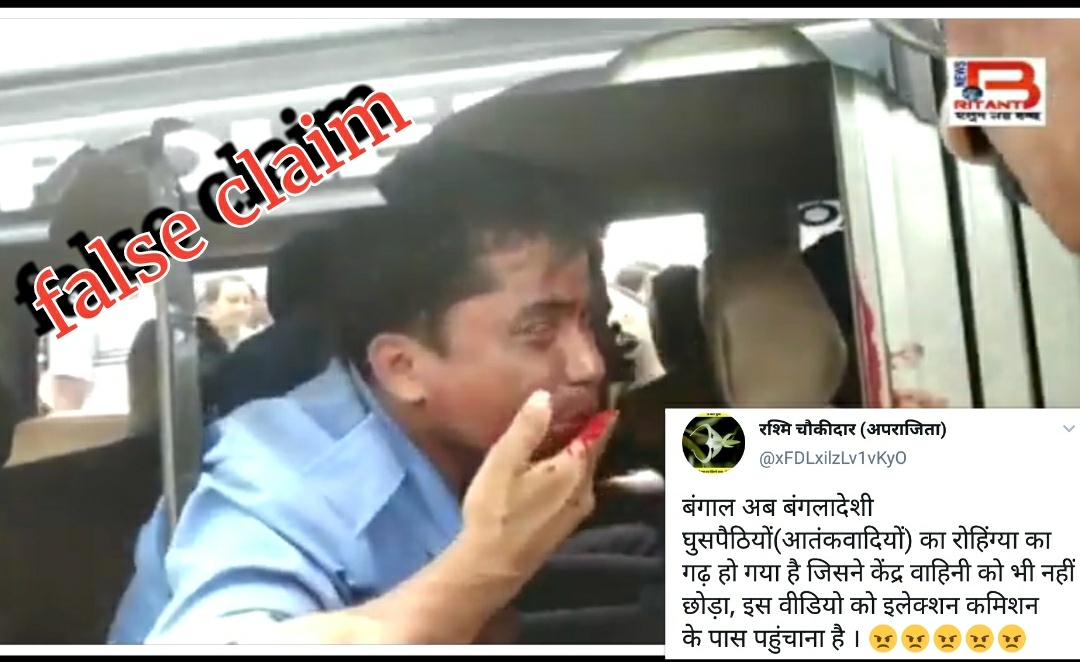 A video has become increasingly viral on social media showing Rohingya refugees in West Bengal attacking central forces. This video circulated on Twitter with the caption  "Bengal is now a Rohingya stronghold of Bangladeshi obstacles (terrorists) who have not left the Central Corps, this video is to be brought to the Election Commission" the viral video showed a few bloody men can be seen seated inside a van while the police attempt to stop a mob from attacking the vehicle. 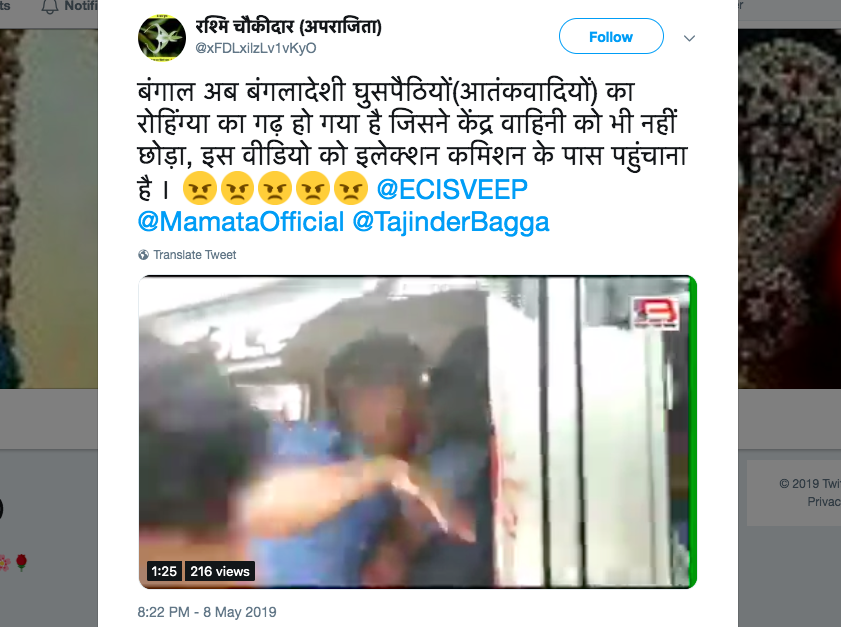 "West Bengal Rohingyas attack central forces vehicles while the police remain the mute spectator. Mamata did with her govt aide make sure that no law and order remains in West Bengal" 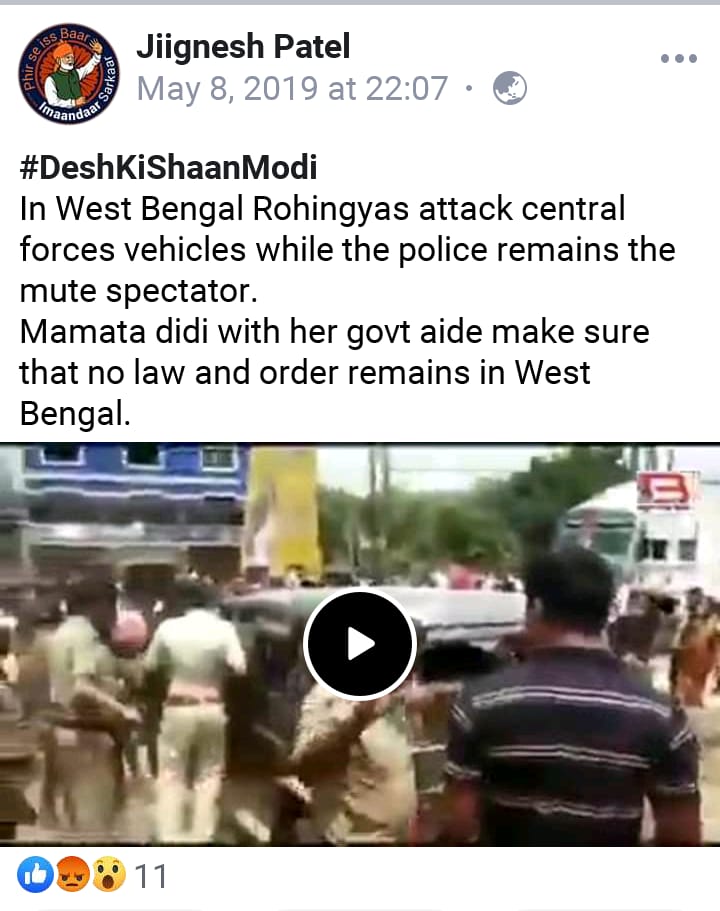 You can also see the video here:

We noticed that the viral clip carries the logo on the top right corner of News Britant and after conducted a google search we came across the website of News Britant, a local Bengali news channel. The channel has the same logo as the one shown in the viral video.

According to a news report by News Britant, this video was shot on 12 April 2012 the day when an accident occurred on National Highway 31, which resulted in the death of two locals in Jalpaiguri's Raiganj Chowki area.

As the police were allegedly busy with providing security cover for politician Abhishek Banerjee's rally nearby and were unable to reach and delayed reaching the spot on time. When they did reach along with four civic volunteers, the frenzied mob reportedly attacked the volunteers in a fit of rage, also attacking the police vehicle in the process. In which a massive crowd of angry locals attacked the civic volunteers and they got injured, The frenzied mob also thrashed the police vehicle in a fit of rage.

A senior police official said that a police constable, who was accompanied by police, hit the Civic Volunteer with the help of an angry mob, and sent an extra police force to control the situation.

Here is an excerpt

"2 dead in accident in the National Road, the bloody police of janar???, the area covered by the face of the field" 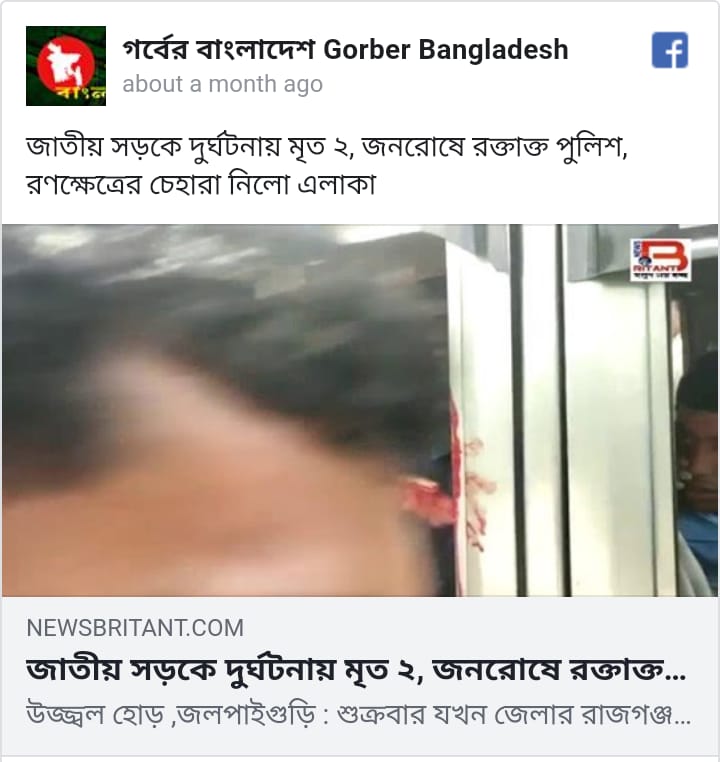 The viral video is of an accident occurred on National Highway 31, in which a massive crowd of angry locals attacked the civic volunteers injuring them.

The video is not related to Rohingyas or Loksabha election.