PM Modi standing behind the Former PM Indra Gandhi in a group photo: No, this is a Photoshopped image

A black and white photo is being shared on social media, in which Prime Minister Narendra Modi is seen with former Prime Minister Indira Gandhi. Some people, including famous Kannada actor Dr. Rajkumar, are also seen in the photo. Photographer has claimed that Modi was a Congressman at that time. This photo has been shared more than ten thousand times with different Facebook profiles.

This image has been shared by a Facebook page called the Andhbhakt Dhulai Center with a caption "Sahab To Congressi Nikale, Bhakto ab Kya Karoge" which can be roughly translated to "Saheb turned out to be a Congressman. Bhakts what will you do now".

We did a reverse image search on Google and found that the image was shared is an old image for more information about this picture, we found that this picture was clicked in 1983 when the actor Rajkumar was honoured with Padma Bhushan and he had come to Delhi to take his award. After receiving the award, he met Indira Gandhi when this photo was clicked.

You can see the original image here: 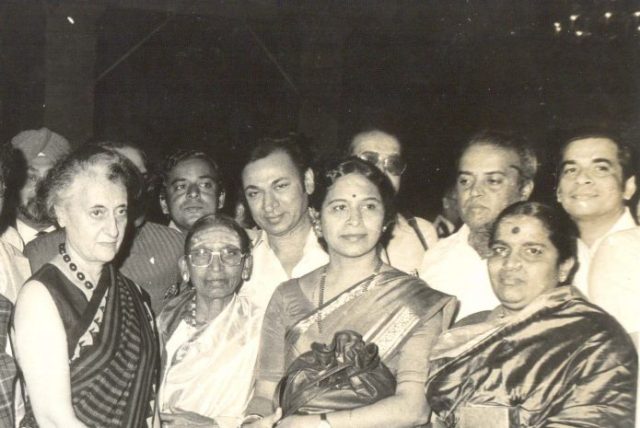 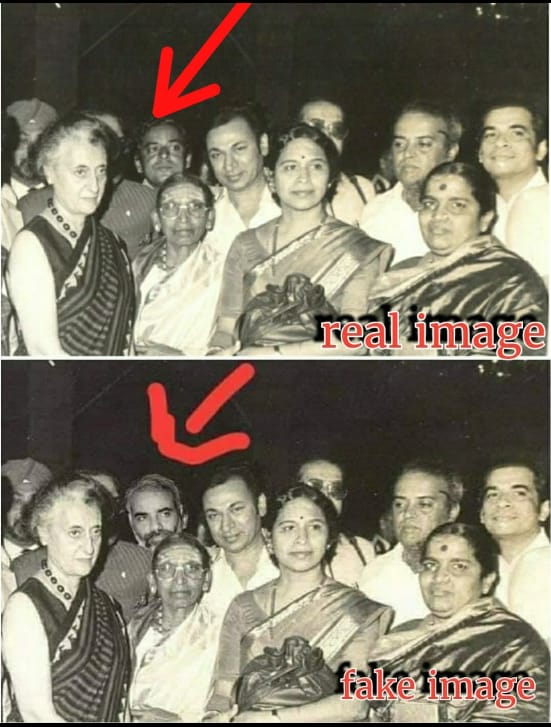 In the above FAKE vs REAL collage image, you will figure out that Prime Minister Modi’s face was superimposed on the original picture by using photoshop software it is clear that the man standing behind former Prime Minister Indra Gandhi is another person who is not prime minister Narendra Modi. Hence, it is clearly  Proved that the claim was false that  Modi was a Congressman at that time.