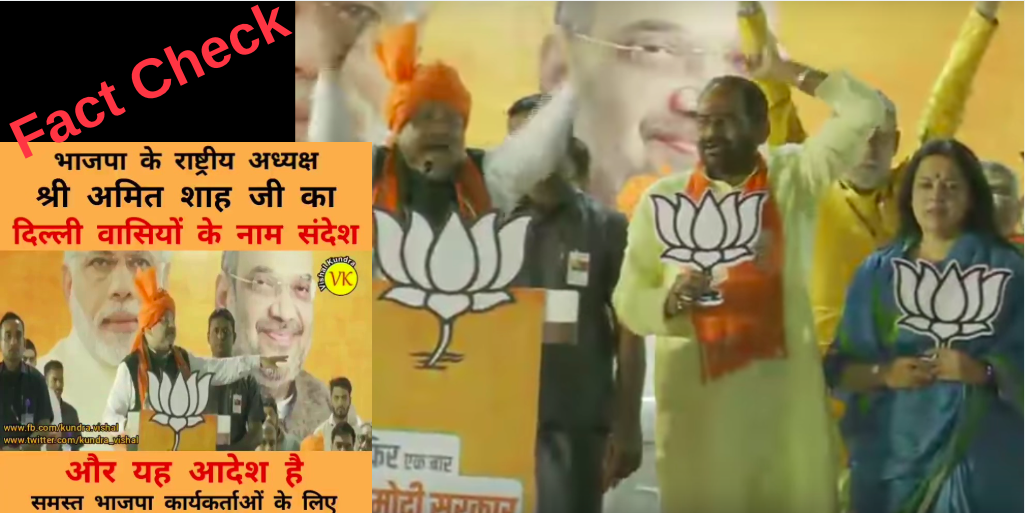 Senior Congress leader Ajay Maken tweeted a video of Amit Shah in which he can be heard asking people not to vote for Meenakshi Lekhi who is a BJP candidate from New Delhi Loksabha Constituency.

He received the video from one @Kundra_Vishal who is a former member of Congress’s Delhi IT cell and current social media in-charge of the party in Uttar Pradesh east, according to his bio on Twitter.

His tweet reads: "Its very strange-BJP President Sh Amit Shah himself says that do not vote for Meenakshi Lekhi! Then why should anyone vote for Lekhi ji? Please watch this video sent by @Kundra_Vishal". 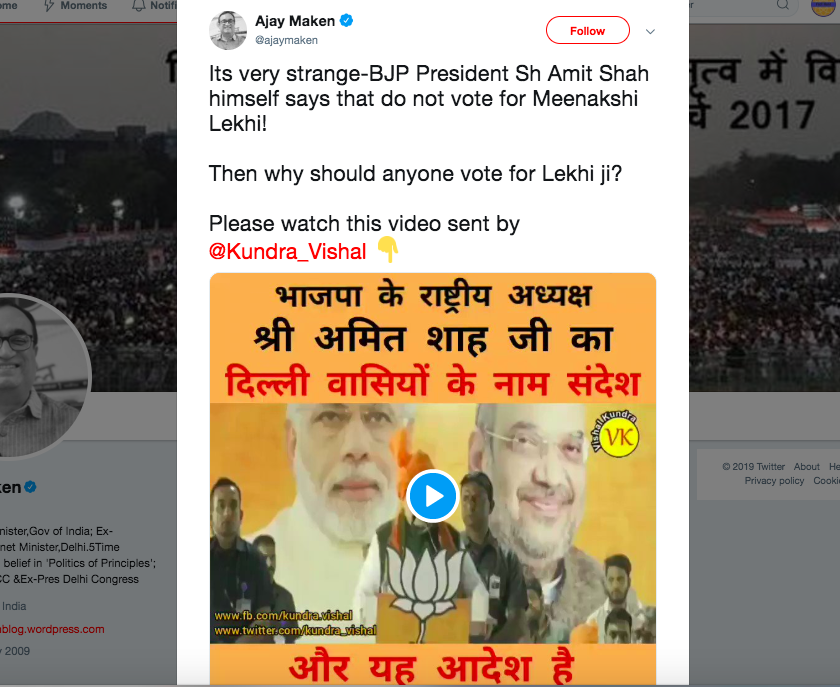 In the video, Amit Shah can be heard saying, “But our two parliamentary candidates, sister Lekhi and Ramesh Bidhuri, for any of the work don’t give them votes. I’m saying this now. Being the BJP president, I’m saying don’t vote for my two candidates for any of these work”. (roughly translated from Hindi).

We looked for Amit Shah’s full speech and found it on BJP’s official YouTube channel. The video was live streamed on May 2, 2019. Mr. Shah was addressing a rally at Vasant Kunj in Delhi.

In the longer version of the video, Amit Shah said:

Mitron, Narendra Modi government did a lot of work. For the poor govt did a lot of work, gave them houses, electricity, toilets, gas connection, pure drinking water. Even for Delhi a lot of things were given. But our two parliamentary candidates, sister Lekhi and Ramesh Bidhuri, for any of the work don’t give them votes. I’m saying this now. Being the BJP president, I’m saying don’t vote for my two candidates for any of these work. For Delhi, Modi ji spent one lakh crore but don’t vote them even for that. But definitely vote for them because Modi ji has secured the country. That’s why vote for them.

The video of Amit was mischievously clipped to show as if Amit Shah was asking people not to vote for BJP candidates Meenakshi Lekhi and Ramesh Bidhuri in the Loksabha election.

Amit Shah was actually asking the crowd to vote for the BJP candidates based on the work of Modi government towards national security rather than developmental work by the government.