Did BJP MLA Anil Upadhyay Capture A Polling Booth: No, the man in the video is a TMC party worker 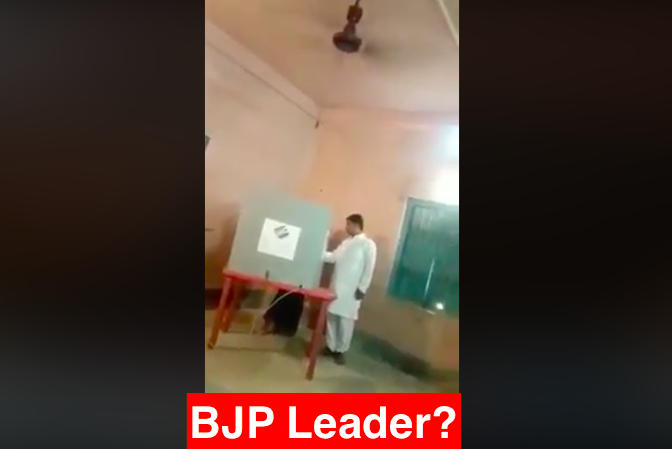 A video is going viral on social media in which a man wearing white kurta can be seen instructing voters inside a polling booth. It is being claimed that he is Madhya Pradesh BJP MLA, Anil Upadhyay. It was shared on Facebook by page Hindustan Urdu Times on 23rd April. 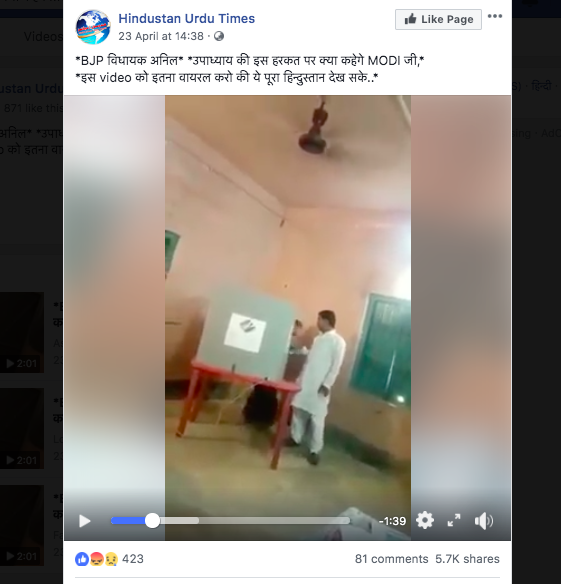 The video is being widely circulated on Facebook with the same claim. You can see all such posts here.

Earlier, a Twitter user had claimed that the man in the video is Anil Upadhyay who is an MLA of Congress party. The tweet reads: "@ECISVEEP see this man, anil upadhyay, MLA of congress party, the way he is dominating voters and forcing them to vote for #congress.. is this the democratic way of voting...". 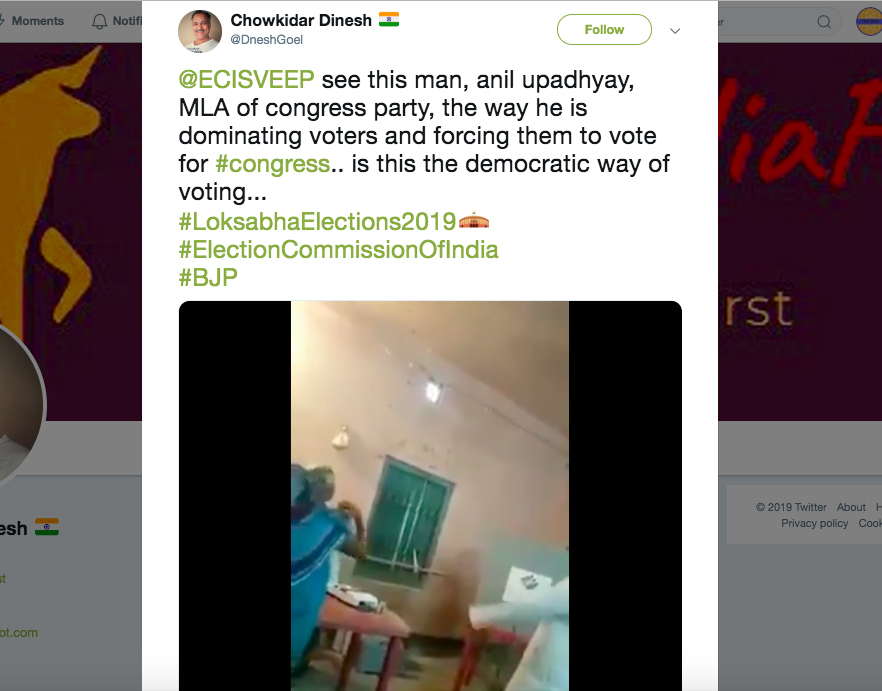 The same video was also shared with a claim that the man belongs to TMC and was caught directing voters to vote for his party. A Facebook post reads:

SHOCKING!! Elections have no meaning in West Bengal. Voting happens as per the wishes of Mamata Banerjee. Look at the White Kurta Clad TMC goon..

dictating voters to vote for Trinamool.

Where is Central Force?? 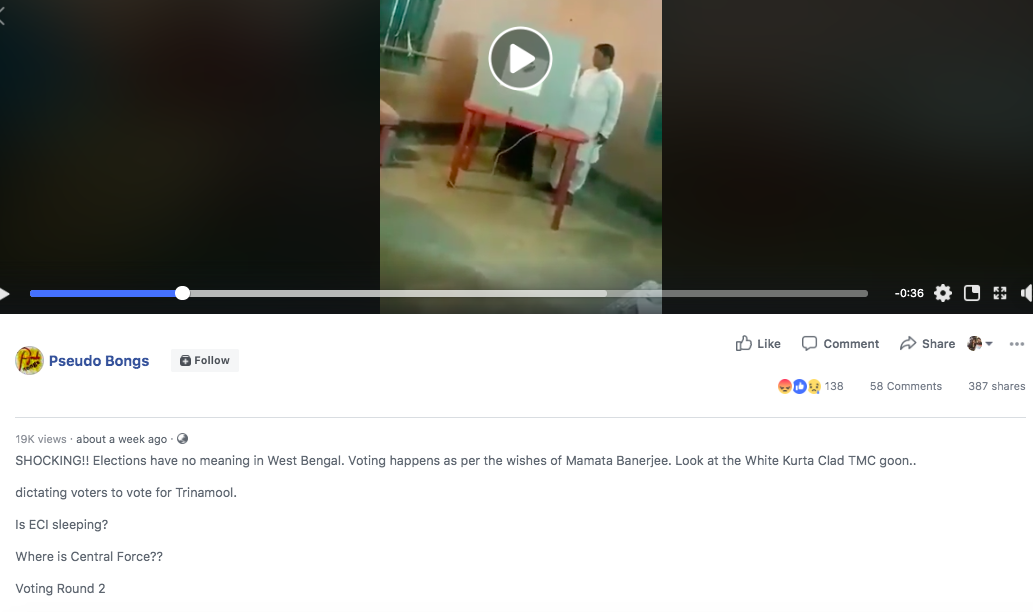 We used Invid chrome extension to break the video into keyframes and did a reverse image search. We found a report by Republic TV which claimed that the video is of a TMC worker who had entered a polling booth in Islampur, West Bengal, on April 18, the second phase of the general elections.

You can see the relevant portion at 3:17 in the video below.

Etvbharat.com has also used one of the keyframes of the video in its report.

During our research, we found that the video has already been debunked by boomlive.in.

The man in the video is Hamizuddin who is TMC member of Ramganj panchayat, Islampur. Hamizuddin has claimed that he had accompanied his mother and daughters inside the polling booth. He also said that since the presiding officer was unwell, he took the charge of helping his family out.