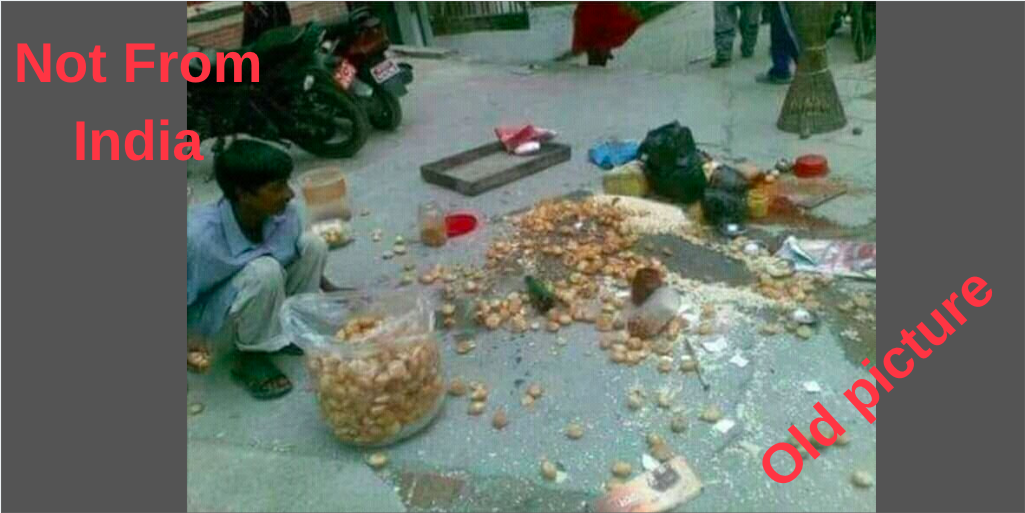 A Twitter user @Ekawaaj tweeted a picture if a distressed Panipuri seller who stuffs got spoiled on the road. His tweet reads "Police under the government always harasses poor people who sell stuff on roadsides to make living" (roughly translated from Hindi). His tweet was re-tweeted by Alka Lamba, who is a member of Delhi Assembly from Chandani Chowk. 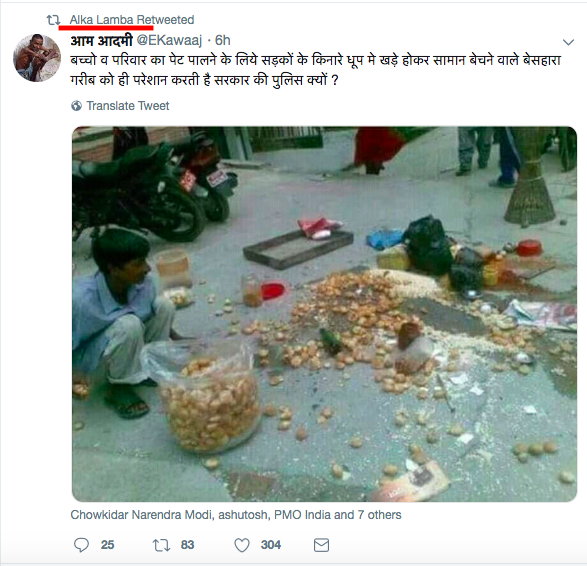 We did a reverse image search on Google and found that the pictured is not only old but has been shared with different narratives on many occasion in the past.

A screenshot of a Facebook post by "I am with Ravish Kumar" went viral last year to criticize the government and authorities. The same picture has been used by a blog criticising the government for the situation of poor in India. 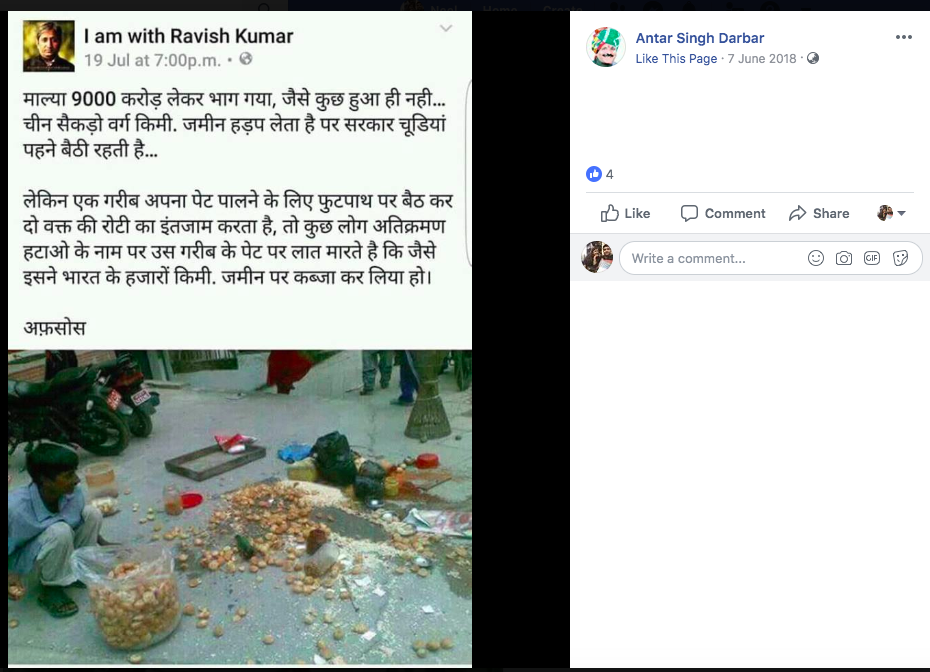 The same picture has been shared to claim that this happened to him during the Nepal earthquake.

However, we found that the true story of the picture was debunked by neostuffs.com in 2015.

The picture is not of India, nor is the person's person's item dropped by anyone. This picture is of 2010 when the person who came out selling the Panipuri in the old Baneshwar area of ??Kathmandu, capital of Nepal, slipped out of the street and his luggage fell on the ground. A person named Suraj Kumar Kharka, who was passing through the same time, took a picture of this whole person.

neostuffs.com had a phone conversation with the actual photographer of this picture Suraj Kumar Khadka who is currently living in Birtamod, Jhapa. In his own words:

I was walking near Old Baneshwor when I saw this ‘Panipuri’ seller who had slipped on the road and all his stuff had fallen. I had my phone right on my hand and so suddenly I happened to take the picture. I then helped him get up. We had a little conversation and he told me that he was from Birgunj. I am now shocked to see this picture all over social media with the wrong speculations. I would like to request you all not to believe in all those rumors. He was never attacked by anyone. One thing I would like to say is that no matter which corner of the nation we live in or come from, we all are Nepali. That’s what is important.