Stone pelting at Durga Puja Visarjan procession in Balrampur, UP 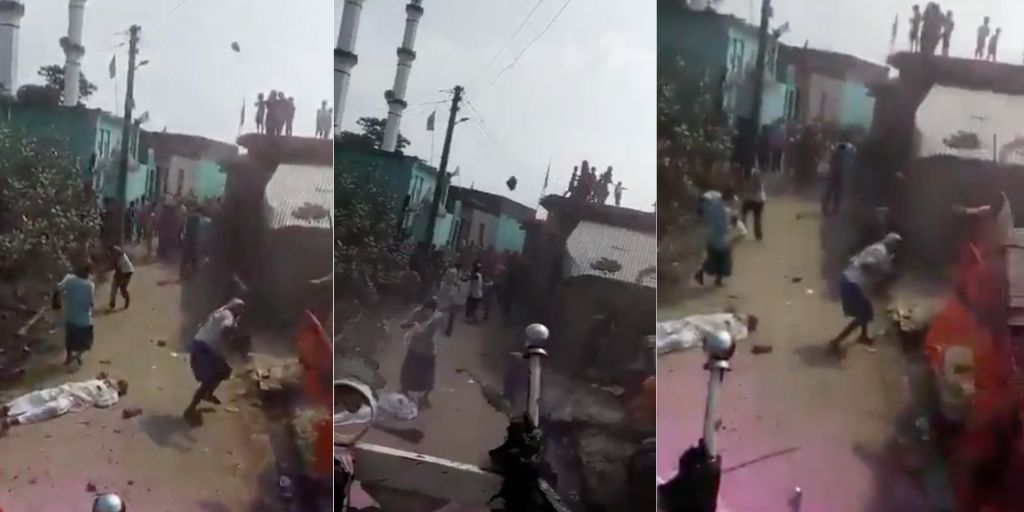 A claim is going viral on social media that Muslims started pelting stones at Durga Puja Visarjan procession because the music was not stopped while crossing a mosque.

The claim is correct.

The Balrampur police have responded on Twitter and confirmed that 8 people have been arrested in connection with the attack and stone-pelting on the Durga Puja Visarjan procession and that the police is taking adequate measures to nab the rest of the individuals involved. 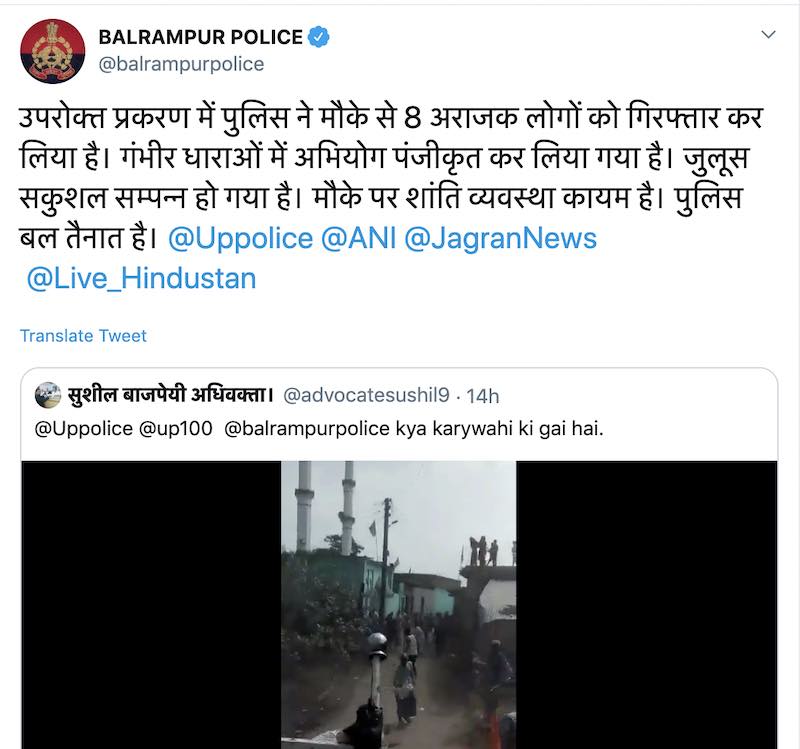 The Additional Superintendent of Police from Balrampur, Uttar Pradesh told OpIndia that the Durga puja Visarjan procession came under attack as it was passing in front of a mosque. Just before the mosque, there is a right turn. The procession that generally has a DJ and plays loud music passes through the mosque.

However, generally, the music is expected to be switched off while the Durga Puja procession passes through the mosque. The music, however, was not stopped and thus, an enraged Muslim community started pelting stones at the procession.