FACT CHECK: Did Gandhi ask women to take poison in order to save their honor during Noakhali riots? 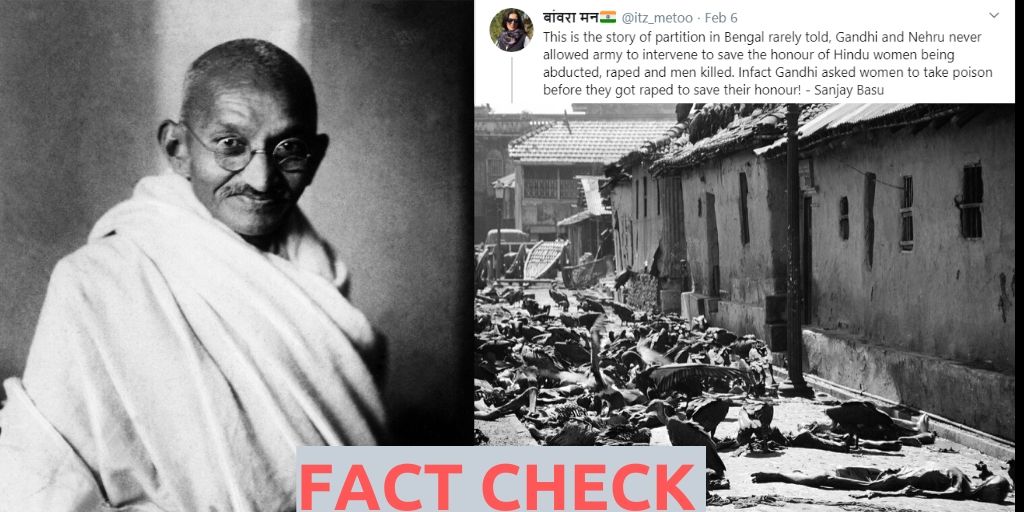 It is true that Gandhi asked women to take poison in order to save their honor during Noakhali riots.

Recently, an image of a news report from a newspaper was shared on twitter with a claim that Mahatma Gandhi, a man who is known for his struggle to provide equality to all and a feminist of his time, asked women to take poison to save their chastity, and to protect themselves from getting raped during Noakhali riots in 1946.

A twitter user shared the image with a caption, "This is the story of partition in Bengal rarely told, Gandhi and Nehru never allowed the army to intervene to save the honour of Hindu women being abducted, raped and men killed. In fact Gandhi asked women to take poison before they got raped to save their honour! - Sanjay Basu" 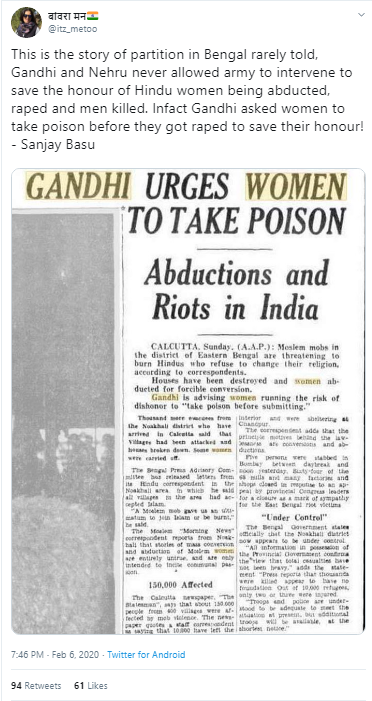 The news piece titled, "Gandhi urges women to take poison", reported about the situation in riot-hit Noakhali in Eastern Bengal. According to the report, Hindus were being threatened to convert to Islam or they would be burned alive, and women were being abducted and raped.

One of our readers tagged us in the tweet and requested for a fact check.

In our investigation, we found the claims made in the image of the news report to be true.

During our research, we found a blog expressing disappointment over Gandhi's statement that he advised women in the riot-torn areas of Noakhali to commit suicide by poison or other means to avoid dishonor. The blog also shared links to few reports on Gandhi's statements including one by New York Times correspondent, Preston Grover who reported the same. 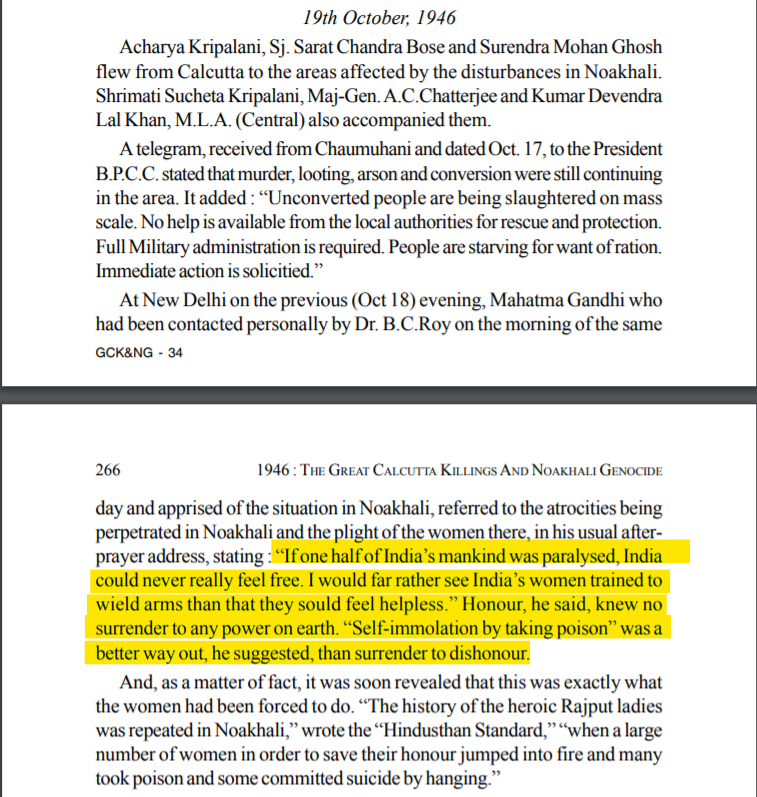 In 1946, on the 10th of October, riots engulfed the Noakhali and Tipperah Districts of Bengal (in present-day Bangladesh) where the Hindu community was targeted. The riots were semi-organized massacres led by the Muslim League to support their demand for creating a separate Islamic nation, Pakistan. More than 1 lakh Hindus were affected during the riots. According to some sources, the violence started on the 10th, enforcers were sent to the affected areas only on 14th, and earlier intervention from the government might have prevented thousands of deaths.