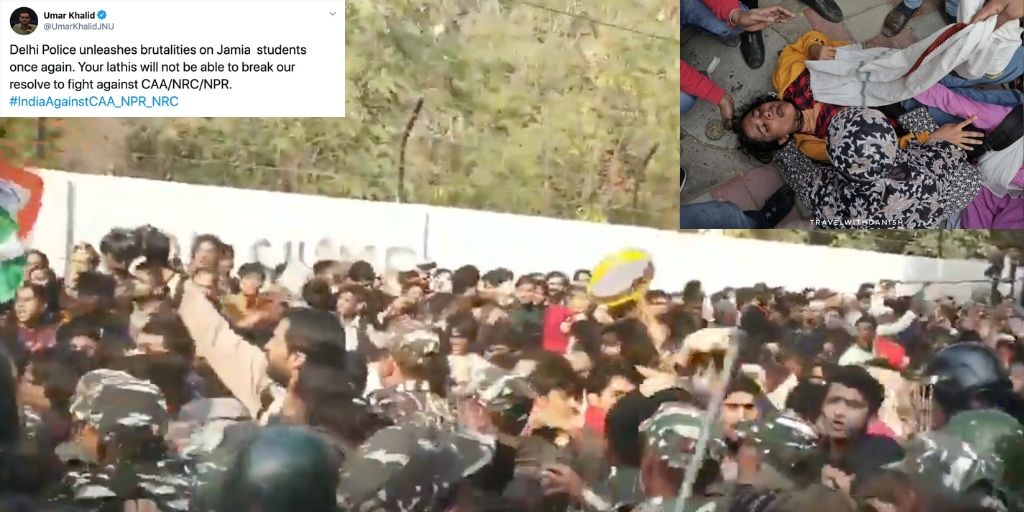 Some of the protesters did faint or suffocate or get injured but there is no proof to confirm the lathi-charge by police. Some journalists have claimed that police have not carried out lathi-charge on the protestors and there are videos to support their claim. Police certainly used force near the barricades but there were no lathi-charge according to them.

The anti-CAA protest at Jamia Millia Islamia on February 10th from Jamia to the parliament has created a frenzy with several news outlets, images and videos on social media claiming that several protestors were injured after police carried out a lathi charge.

Several social media users, especially on Twitter tweeted out that many protestors at Jamia have been injured because of the lathi charge carried out by people.

Umar Khalid tweeted few pictures with a caption, "Delhi Police unleashes brutalities on Jamia students once again. Your lathis will not be able to break our resolve to fight against CAA/NRC/NPR. #IndiaAgainstCAA_NPR_NRC" 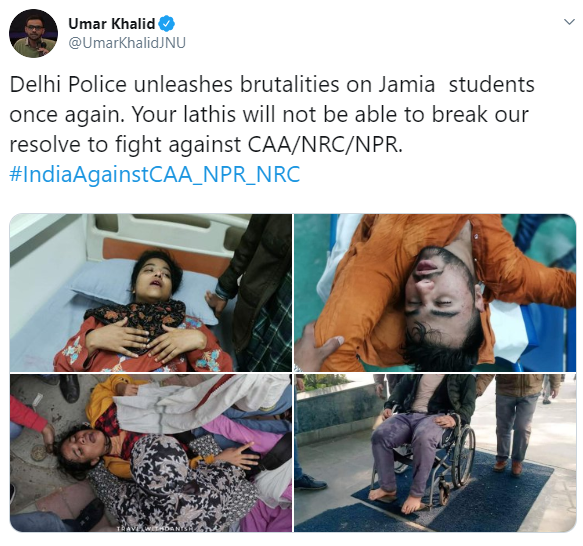 Some added the narrative that more than 50 students have been injured in the lathi-charge carried out by the Delhi police. 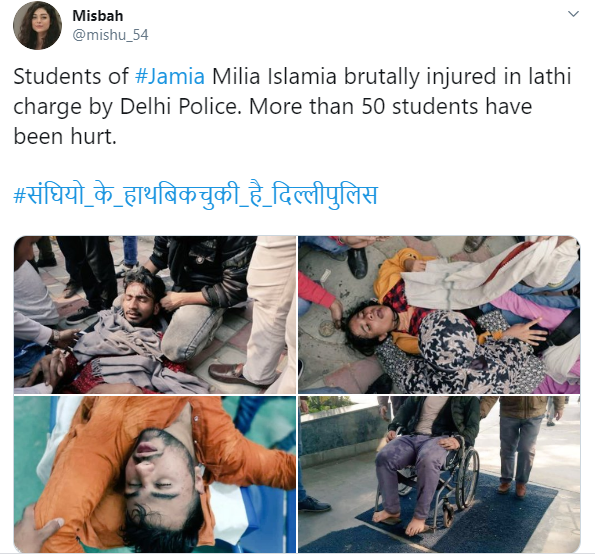 A Twitter user shared a video with a caption, "There are too much videos coming from jamia delhi police lathi charge Remain silence attack on Muslims Next will be you @IndiasMuslims". 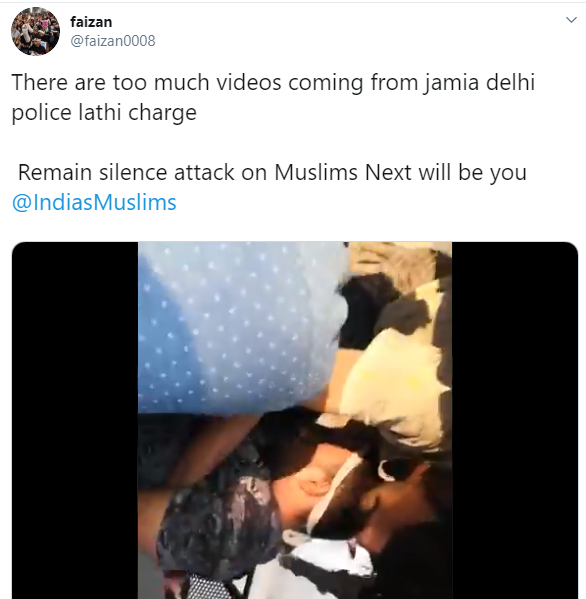 No proof of lathi-charge

Journalist Zeba Warsi on Twitter was one of the first ones to point out that lathi charge was not carried out. She tweeted out telling that the students were passed out and injured because of the sheer crowd and not because of lathi charge. She had also tweeted out that, indeed, there was forceful pushing carried out by the police, especially near the barricades. However, she made a clear point that no clashes and lathi charge had taken place. 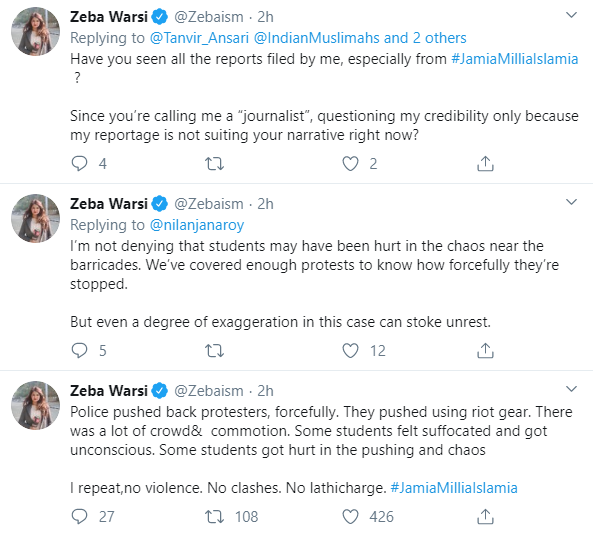 However, her claims did not hold any proof as well. But, after a while, Journalists and Reporters who were at the Jamia protest confirmed the clarifications given by Zeba Warsi with video proofs.

Journalist Anya Shankar also tweeted to deny the allegation of lathi-charge by police.

"Too many rumours doing the rounds of police lathicharge near Jamia. This is completely false. Those spreading this misinformation intentionally should realise this will harm not just their own credibility, but also of the anti-CAA movement.", reads her tweet.

She also tweeted a video to back her claim. The caption with the video reads, "Police did use mild force to push back protesters who were constantly clashing with them and throwing water packets in their direcrion. Lathis and batons were even raised to scare off protesters but there was no lathicharge. The video has been shot by me". You can watch the video here:

In conclusion, some of the protesters did faint or suffocate or get injured but there is no proof to confirm the lathi-charge by police. Some journalists have claimed that police have not carried out lathi-charge on the protestors and there are videos to support their claim. Police certainly used force near the barricades but there were no lathi-charge according to them.

Note: It is a developing story and we have refrained from giving any conclusion at this point of time.