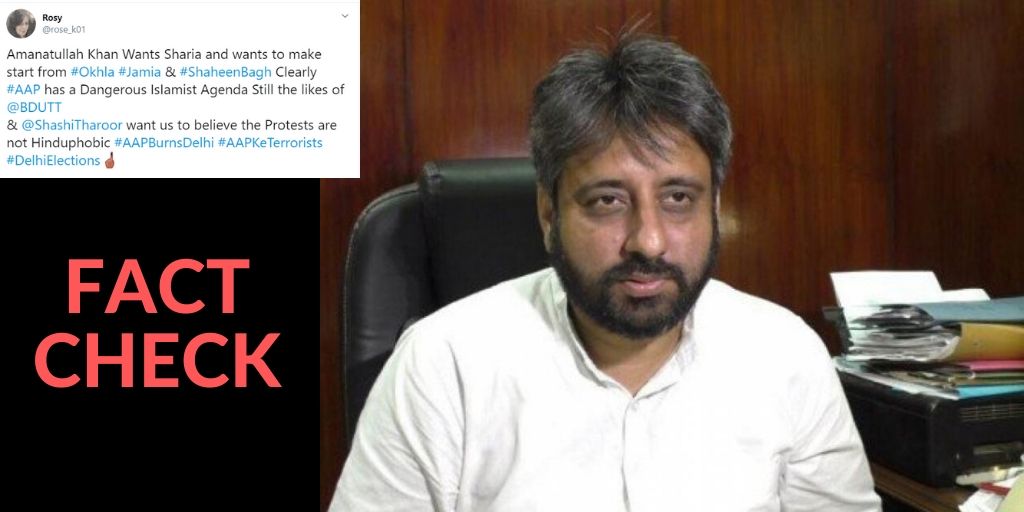 The claim that Amanatullah Khan wished for having 'Sharia Law' in India is false. In his speech, he used a similar-sounding Urdu word 'Zariya' , which, due to unclear audio was misheard as 'Sharia.'

In the backdrop of the month-long anti-CAA protest at Shaheen Bagh and upcoming Delhi Assembly elections, a video is being widely shared with a claim that AAP leader, Amanatullah Khan in his speech at Shaheen Bagh, has said that he wants to bring ‘Sharia’ Law in India.  A twitter user named Rosy shared the video with a caption, "Amanatullah Khan Wants Shari? and wants to make start from #Okhla #Jamia & #ShaheenBagh Clearly #AAP has a Dangerous Islamist Agenda Still the likes of @BDUTT  & @ShashiTharoor  want us to believe the Protests are not Hinduphobic #AAPBurnsDelhi #AAPKeTerrorists #DelhiElections" 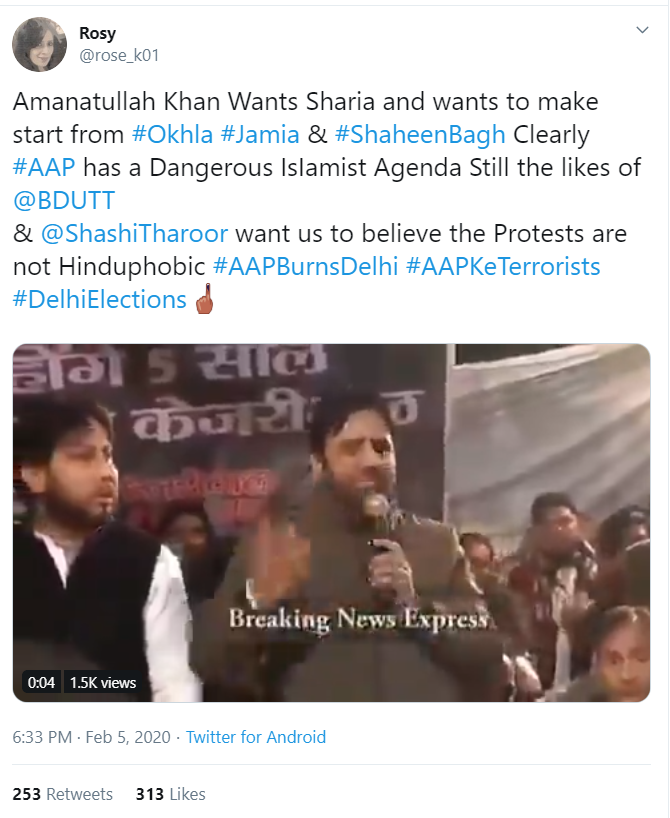 At the time of writing this article, the video has been shared more than 250 times. You can watch the 45 seconds clip here:

Another user named SuryaVeer shared the same video along with a caption, " Amanatullah Khan, AAP MLA, blue-eyed boy of Arvind Kejriwal, aspires to apply Sharia in the country when the time is ripe. This is what Arvind Kejriwal n Manish Sisodia stand for at Shaheen Bagh. Delhiites remember this video when you go in to vote on 8 Feb. 2020." 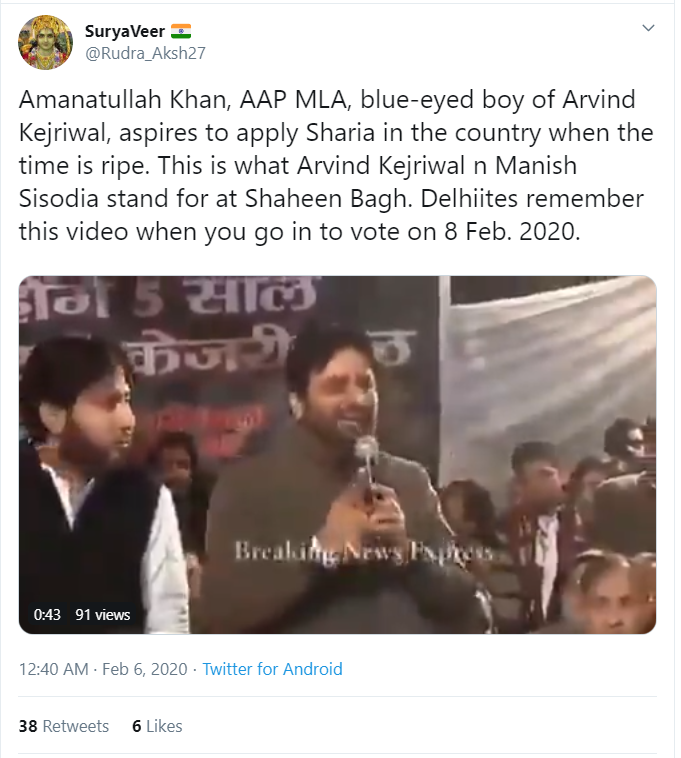 In the video, Khan can be seen addressing a huge crowd or Anti-CAA protesters at Shaheen Bagh.

The claim that Khan called for 'Sharia law', in India is a completely false allegation. After hearing Khan's speech carefully we can that the AAP MLA was not talking about Sharia, instead, he used the word ‘zariya’, which was confused by many as ‘Sharia’. The audio in the viral video is not clear because of which many users on social media have misheard ‘Zariya’ as ‘Sharia’.

We were able to find a longer and more clear version of the video. At around 3 minutes 56 seconds, Khan can be heard saying: “Hum Zaria Banenge Inshallah” that can be roughly translated as “we’ll be instrumental in making the start”. You can watch the video down below.

In his speech, Khan said, "‘Allah has decided that these villains will be punished, the atrocities done by them will be stopped beginning from Jamia, Okhla, and we will be instrumental in making that start.’

However, due to his enthusiastic participation in the ongoing protest, Khan was recently booked for inciting an anti-CAA protest in Ghaziabad.

In conclusion, the claim that Amanatullah Khan wished for having 'Sharia Law' in India is false. In his speech, he used a similar-sounding Urdu word 'Zariya' , which, due to unclear audio was misheard as 'Sharia.'