FACT CHECK: No, Quran has not been ranked as the best book for justice by Harvard University 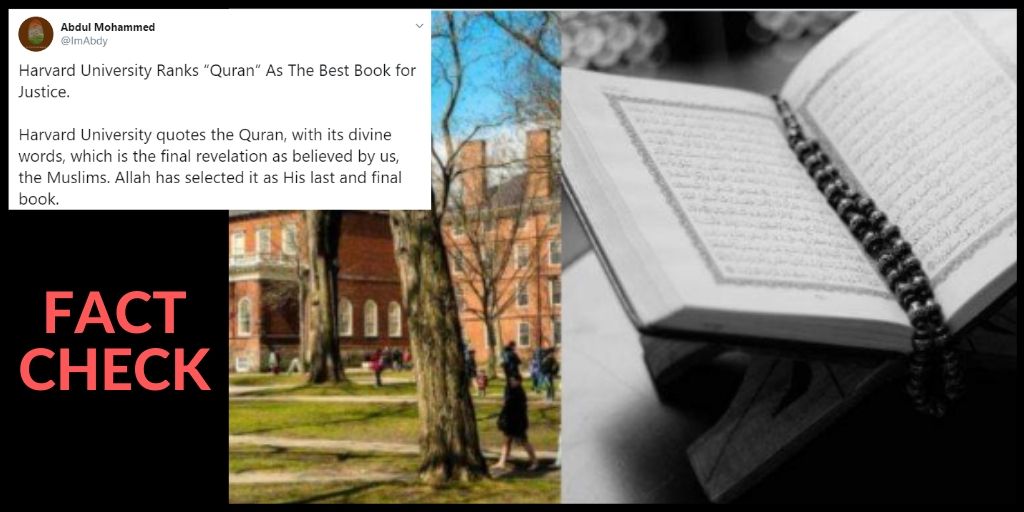 The claim that the Quran has been ranked as the best book for justice by Harvard university is false. A verse from the Quran has been added to Harvard Law School's  'Words of Justice' after which several websites started spreading misinformation.

Recently, a claim is doing rounds on social media that Quran, the holy book of Islam is ranked as the best book for justice by one of the best universities in the world, Harvard University. A twitter user named Abdul Mohammed a post saying, "Harvard University Ranks “Quran” As The Best Book for Justice. Harvard University quotes the Quran, with its divine words, which is the final revelation as believed by us, the Muslims. Allah has selected it as His last and final book." 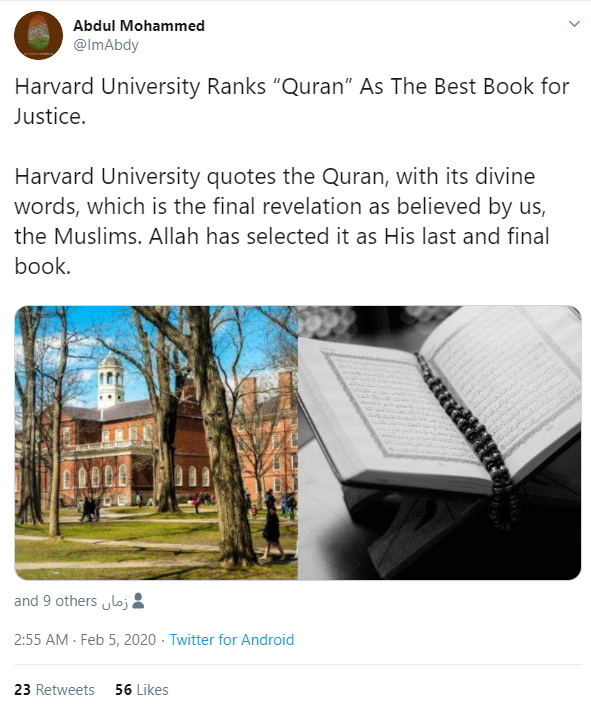 Another user named Aysheert shared an article by The Islamic Information titled, "Harvard University Ranks “Quran” As The Best Book for Justice." 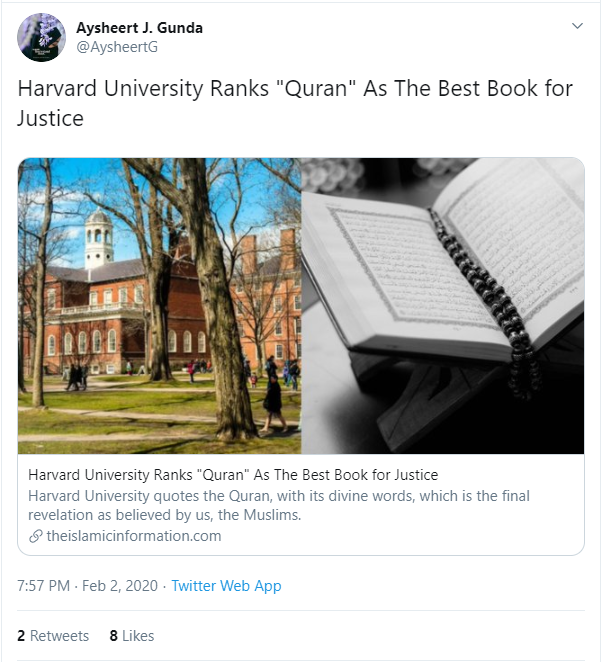 A number of other web portals including The Siasat Daily and CAIR published stories on similar lines. 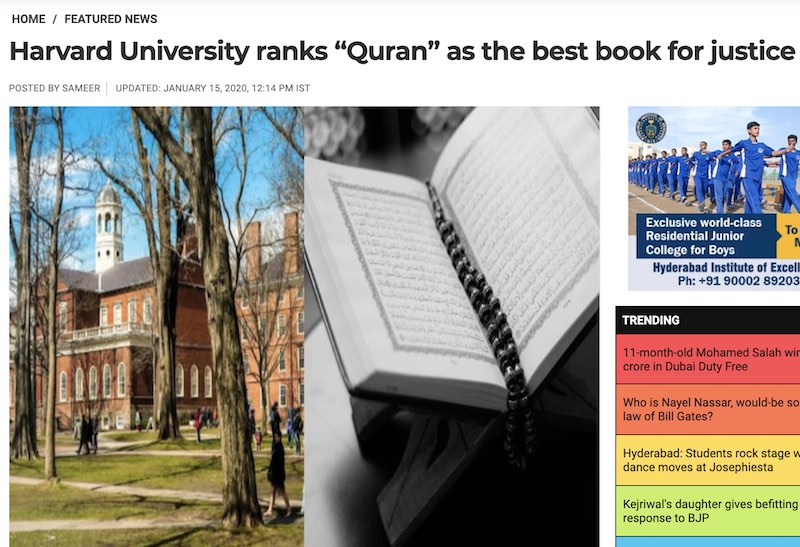 Harvard has not ranked the Quran as the best book of justice, rather the Harvard Law school made an art installation called Words of Justice with quotations about justice from different eras to illustrate the universality of the concept of justice throughout time and across many cultures. One of the many quotes in the installation is a verse from the Quran. The posted verse has been taken from 135 of Surah Al Nisa (The Women). The verse is as down below.

Stand out firmly for justice, as witnesses

To Allah, even as against

Yourselves, or your parents,

Or your kin, and whether

It be (against) rich or poor:

For Allah can best protect both.”

The quotes were collected from the Harvard Law School faculty, staff and students and vetted for correctness. A number of other quotes from various Christian and Jewish figures as well, including Thomas Aquinas, and Hillel, has also been installed. You can watch the video compilation of such quotes here:

Following this, sites started making the claim that Harvard University had ranked the Quran as the best book for justice.

In conclusion, the claim that the Quran has been ranked as the best book for justice by Harvard university is false. A verse from the Quran has been added to Harvard Law School's  'Words of Justice' after which several websites started spreading misinformation.