Fact Check: Did Arvind Kejriwal quit his job as a Commissioner at IRS to serve the people of Delhi? 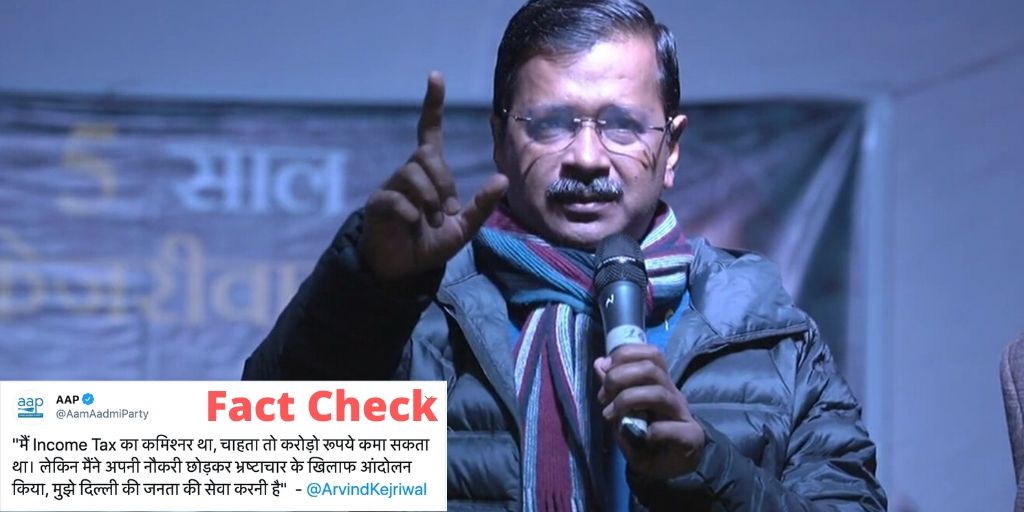 Arvind Kejriwal's claims that he quit his job as a Commissioner at IRS to serve the Delhi people is wrong as he technically never became a Commissioner.

Recently, a tweet was shared by the Aam Aadmi Party twitter page that has created a buzz. The tweet by AAP translates to “If I was the Commissioner of Income Tax, I could earn crores of rupees if I wanted. But I quit my job and agitated against corruption, I have to serve the people of Delhi - Arvind Kejriwal”. 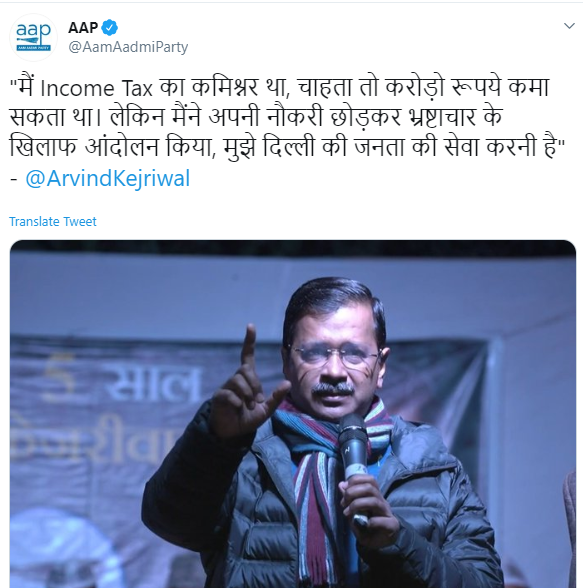 This tweet, however, can be heavily contradicted by reading an article posted by India Today several years ago which talks about IRS calling out Kejriwal on his claims.

The IRS’ General Secretary and President had directed a two-page letter at Arvind Kejriwal pointing out that he has technically never worked as a Commissioner for IRS. The letter starts out by expressing the hurt felt by the association with regards to the comments made by Kejriwal especially towards corruption in a “generalized manner” through media. This is followed by the quote of the claim made by Kejriwal which is mentioned in the tweet above. They have pointed out that no association is entirely corrupt or honest but individual members might be. Furthermore, they had also added that Kejriwal’s wife is also a member of this department.

They then continued to point out the excellence of the association and also put forth the view that Kejriwal’s comments unnecessarily malign the name of the IRS. They have also asked Kejriwal to refrain from making such comments or that steps would be taken to protect their image. Finally, they pointed out that he has never worked as commissioner and that his batch is yet to be promoted as Commissioner of Income-tax.  Click here to read the full letter.

In fact, a report revealed that Kejriwal was a Joint Commissioner in the Income Tax Department when he quit.

Following is the list of ranks in the income tax department in India:

In conclusion, Kejriwal's claims that he quit his job as a Commissioner at IRS to serve the Delhi people is wrong as he technically never became a Commissioner. Kejriwal was a Joint Commissioner in the Income Tax Department when he quit. Moreover, despite IRS' warning, AAP re-quoted Kejriwal and tweeted his earlier problematic claim recently.