FACT CHECK: Truth behind the video showing pregnant woman beaten by UP Police 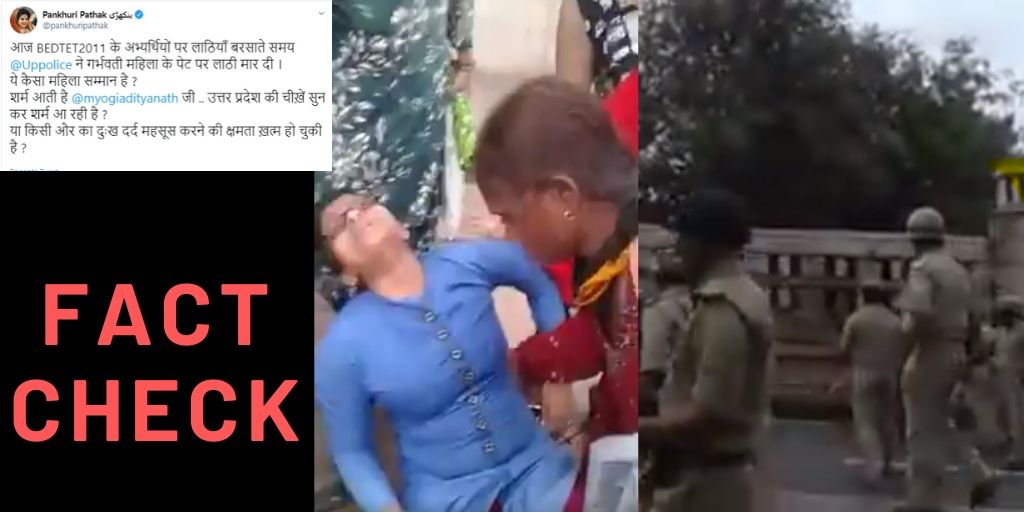 The video of a pregnant woman crying in pain is more than one year old and is from Lucknow. The video is misleading as it is presented as the recent one.

A Twitter user associated with Indian National Congress tweeted a video in which a pregnant woman is screaming in pain and is surrounded by other women who are calming her down. A woman can be heard speaking in the background, "they have hit a pregnant woman." 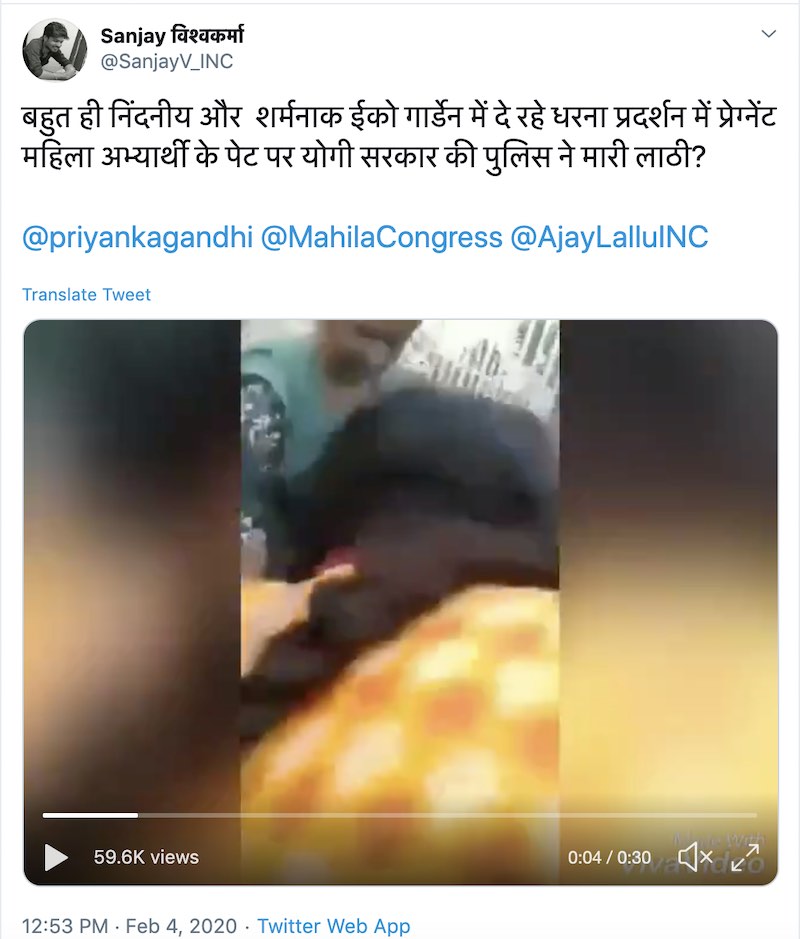 Another user named Arjun shared the same video with a caption, "Police atrocities in UP has breached all levels of humanity This time @Uppolice personal targets n beat up a pregnant woman in her stomach @Uppolice you’re a disgrace to humanity and uniformed forces." 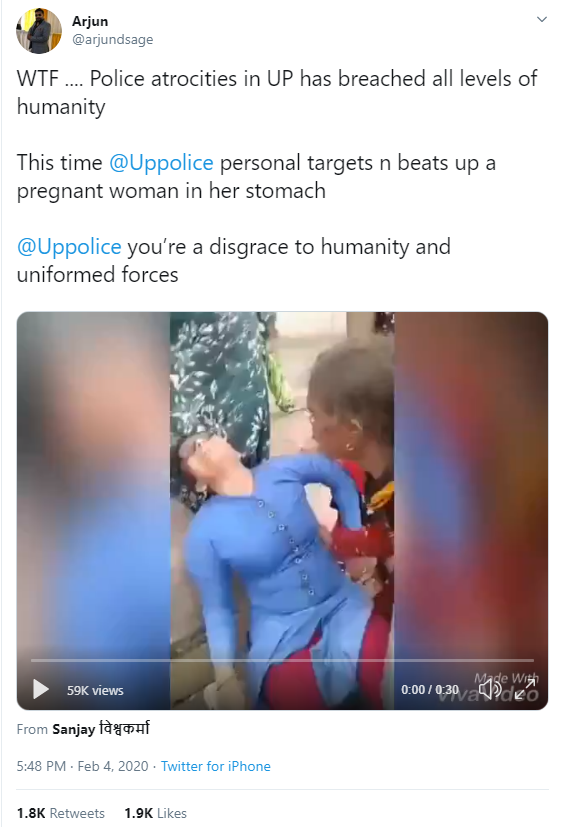 In our investigation, we found out that the distressing footage showing a pregnant woman cry in pain is from 2018, and is being falsely presented as the recent one.

On 5th September 2018, the same video was shared by Pankhuri Pathak, Congress' media panelist to show the cruelty by UP Police. The video showing a pregnant woman screaming in pain was captioned, "Today, while attacking candidates of BEDTET2011 with sticks, @Uppolice hit a pregnant woman's stomach. What kind of respect for a female is this? Feel ashamed @myogiadityanath. Yes .. I am ashamed to hear the screams of Uttar Pradesh? Or other's ability to feel sorrow and pain is no more? 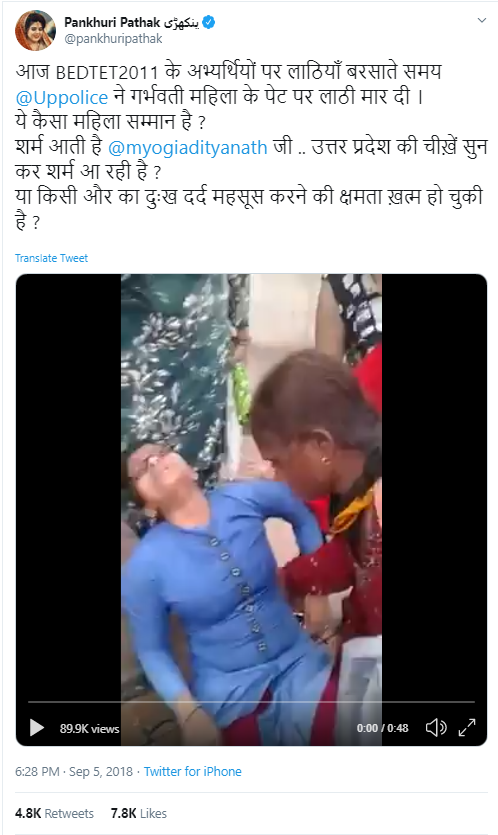 With the help of a keyword search, we found a report of this published by Live Hindustan on 6th September 2018. According to the report, B.Ed. and TET (Teacher Eligibility Test) pass teachers were protesting at Eco Garden in Lucknow, Uttar Pradesh on September 5, 2018, in demand for recruitment.

One of the screengrab from the video matches with the picture used by Live Hindustan. 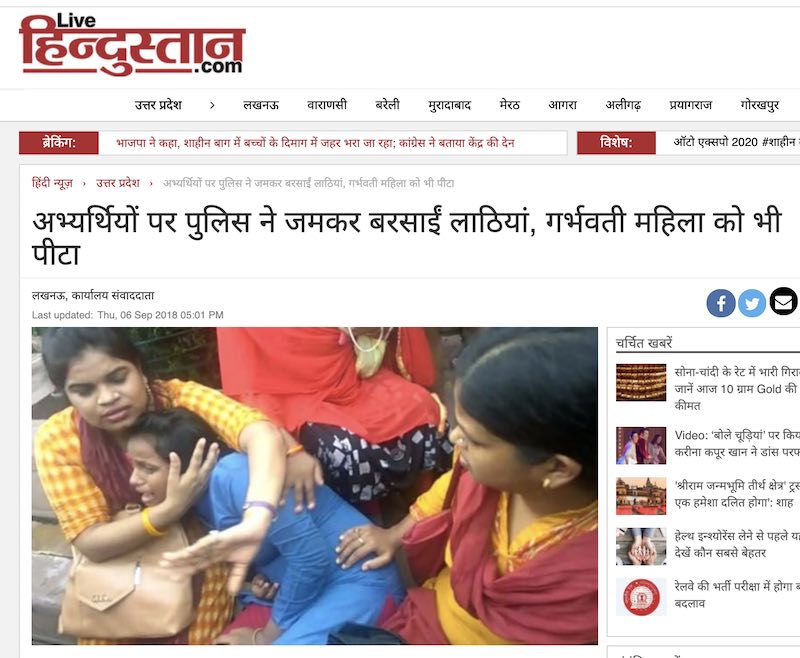 The protesters were stopped at Hazratganj, where the Lucknow police had stopped them after which there was a lathi-charge during which Mukta Kushwaha, who was four-month pregnant at the time was hit by a baton on her stomach. After the incident, people at the spot had helped Mukta and she was taken to the JhalkariBai Hospital in Lucknow.

In conclusion, the video of a pregnant woman cry in pain is more than one year old and is from Lucknow. The video is misleading as it is presented as the recent one.