FACT CHECK: The truth behind the picture showing dogs on hospital beds in Uttar Pradesh 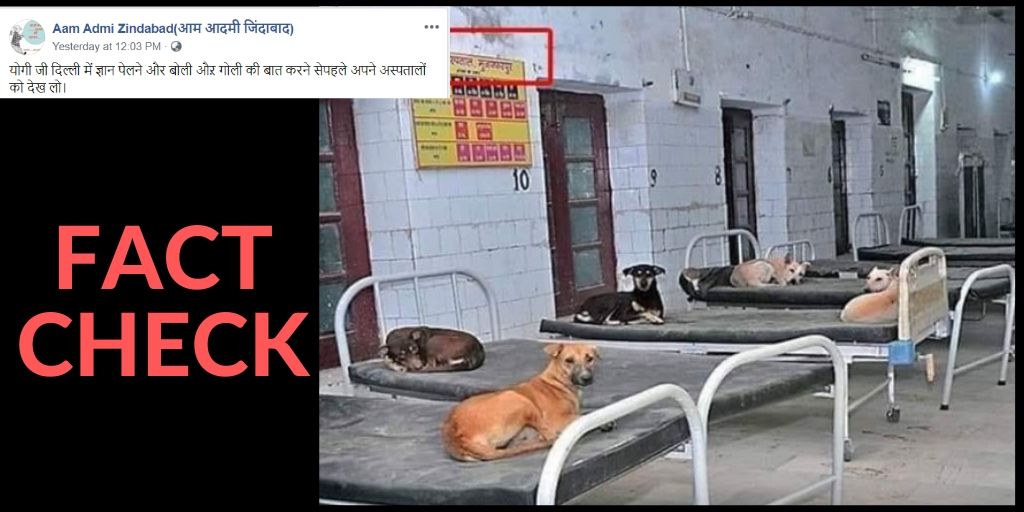 The viral picture of dogs on hospital beds claiming to show the condition of hospitals in UP is misleading. The picture is 2 years old and is from a hospital in Muzaffarpur, Bihar.

A  picture is being widely shared on social media in which dogs can be seen sitting on hospital beds, claiming to show the condition of hospitals in Uttar Pradesh. A Facebook page named Aam Aadmi Zindabad shared the picture with a caption that can be roughly translated to, "Yogi Ji, before sharing knowledge about Delhi, see the condition of your hospital." 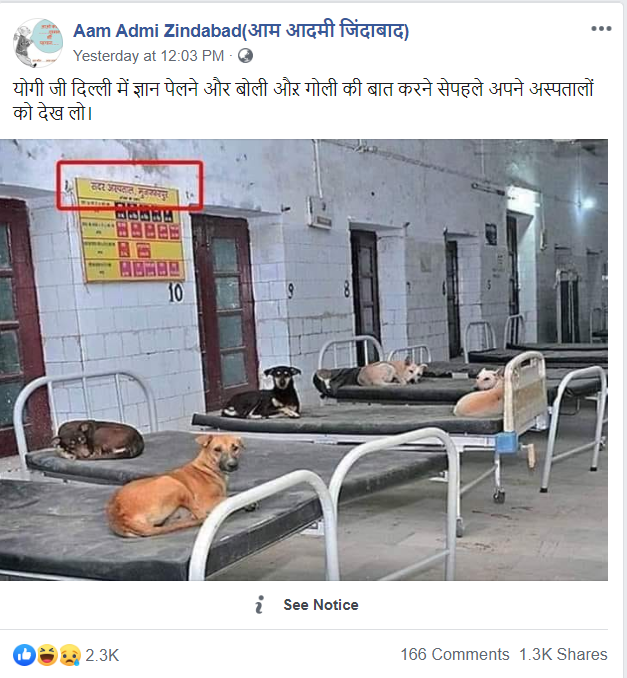 At the time of writing this article, this post has been reshared more than 1300 times.

In our investigation, we found the claim shared with the picture to be completely misleading. The viral picture is not of Uttar Pradesh but of a government hospital in Bihar.

In the viral picture, 'Sadar Hospital, Muzaffarpur' can be seen on the board hanging on the wall. 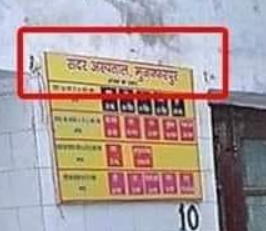 With the help of a reverse image search, we found a news report by Dainik Bhaskar, published in December 2017.

According to the report, in the surgical ward of Sadar Hospital in Muzaffarpur, Bihar, where patients were admitted, a number of stray dogs enter every night. Due to this, the family members of patients had to stay awake to protect from dogs. 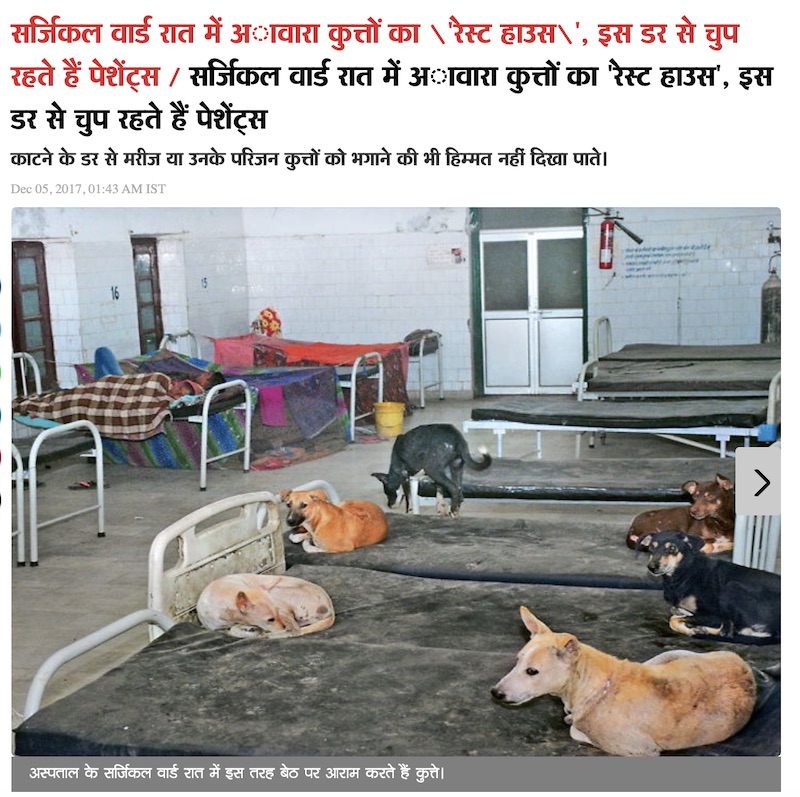 A similar report from UP as well

Although the above picture is not from Uttar Pradesh, according to a report of NITI Aayog released last year, the health system of UP was described as disastrous. UP was ranked 21st in India in this report. According to this report, Uttar Pradesh is in the worst condition among the big states of India in terms of health facilities.

We were able to find similar pictures from UP hospital as well in which street dogs can be seen resting on hospital beds. The picture below was published by Punjab Keshari on 24th September 2018. 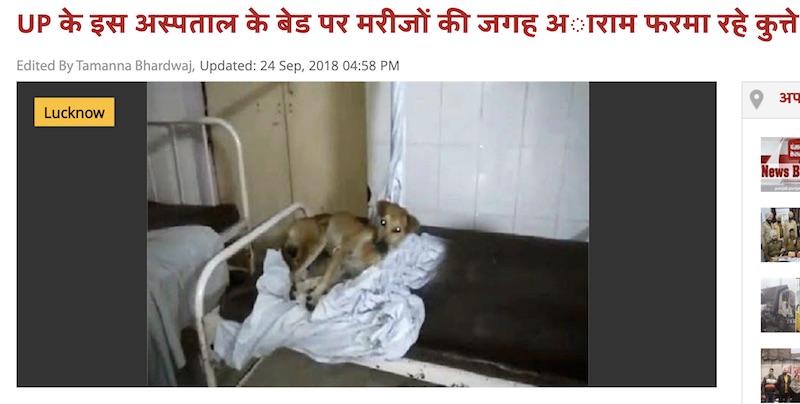 In conclusion, the viral picture of dogs on hospital beds claiming to show the condition of hospitals in UP is misleading. The picture is 2 years old and is from a hospital in Muzaffarpur, Bihar.