FACT CHECK: Truth about the number of houses built under PMAY between 2014-19 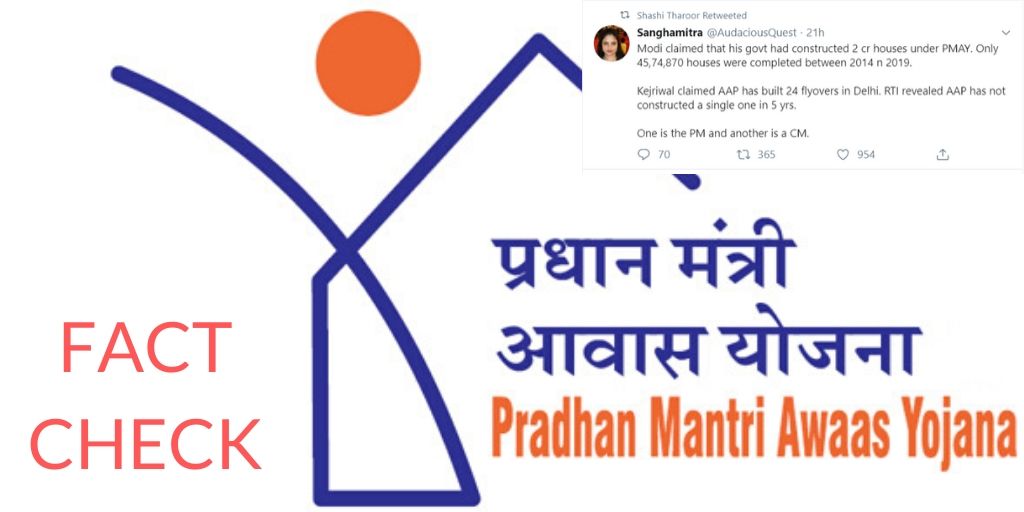 Recently, a claim targeting the ruling BJP government is being widely shared on twitter. The tweet misrepresenting the number of houses built under 'Pradhan Mantri Awas Yojna' was firstly shared by a journalist named Ravi Nair. According to tweet, till 26 June 2019, under the PMAY scheme of the BJP government 45.74 lakh houses have been built. This tweet was deleted by Nair, however, its screenshot is still doings rounds on twitter. 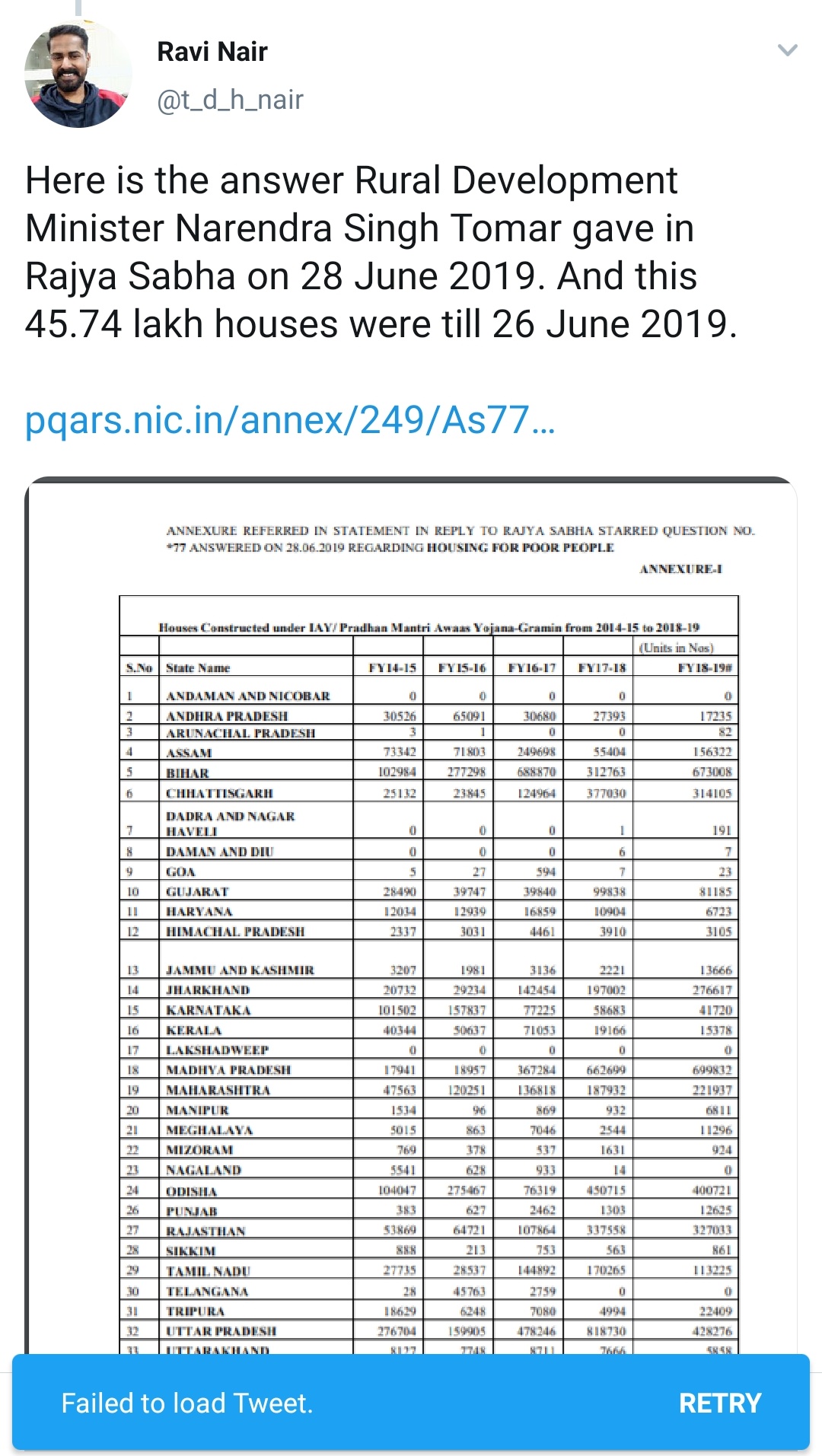 A similar claim was made by another twitter user named Sanghamitra. She wrote, "Modi claimed that his govt had constructed 2 cr houses under PMAY. Only 45,74,870 houses were completed between 2014 n 2019. Kejriwal claimed AAP has built 24 flyovers in Delhi. RTI revealed AAP has not constructed a single one in 5 yrs. One is the PM and another is a CM."

Interestingly, this tweet was shared by Congress leader Shashi Tharoor.

In our investigation, this claim turned out to be false. 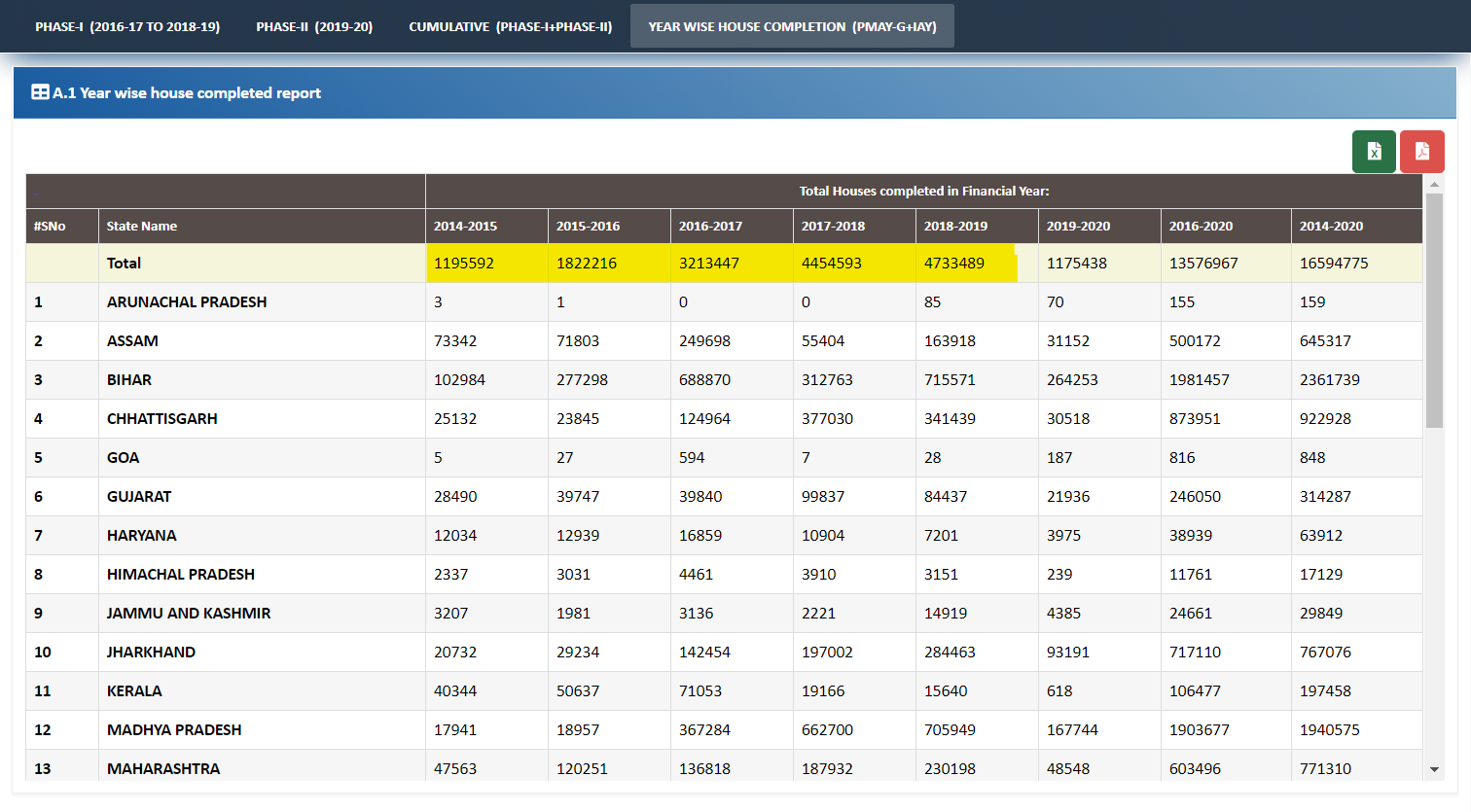 According to PMAY Urban website, 32.08 Lakhs were built till now, under this scheme.