The picture showing a man feeding himself with leftover food is from Bangladesh and is no way related to Uttar Pradesh.

A picture is going viral on social media in which man is feeding himself with some leftover food he found on the road. The image is shared with a claim that the man is being discriminated against on the religious ground in Uttar Pradesh. 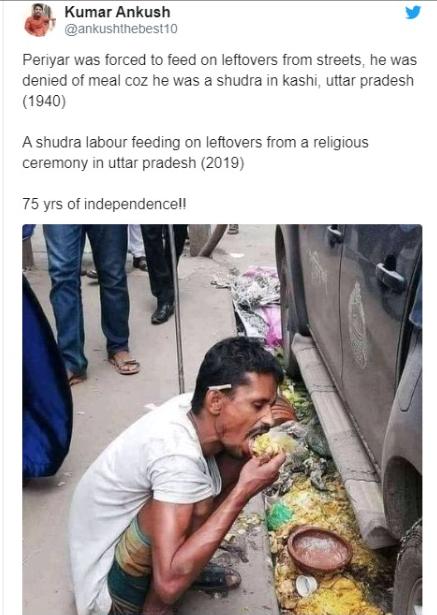 The picture was retweeted more than 300 times at the time of writing this article.

In the investigation, we found that the claim made with this photo is false. The viral picture is from Bangladesh and it has nothing to do with Uttar Pradesh.

After doing reverse research of the image on google, we found an article written by a Human Rights Defender from Bangladesh Pinaki Bhattacharya on December 15, 2019. According to the article, the picture is from Bangladesh and the author is Criticizing the work and development of Bangladesh Prime Minister Sheikh Hasina. A mafia gang took away people’s rights to vote, fraudulently came to power and has formed a fascist government which is looting the country in all possible ways it can. And, the international community is aware of the situation in Bangladesh. 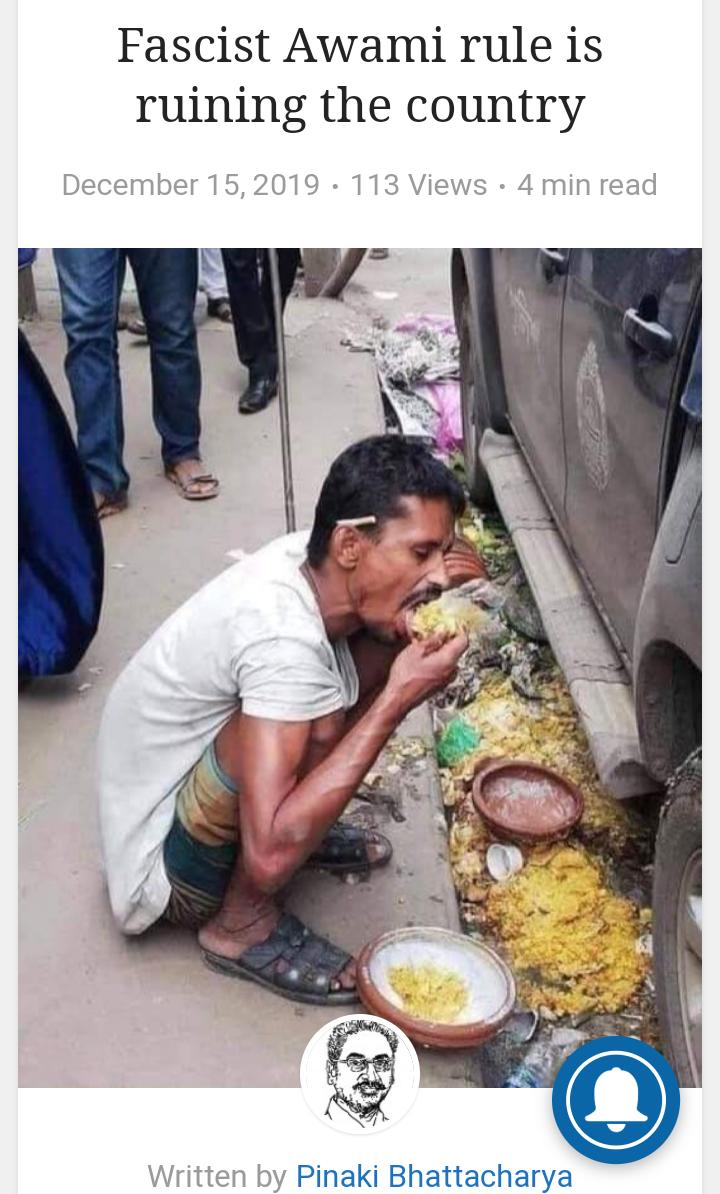 To find out the truth of the claim being made with the photo, we watched carefully and we identified the logo of Bangladesh police printed on the vehicle which is clearly visible in the picture. 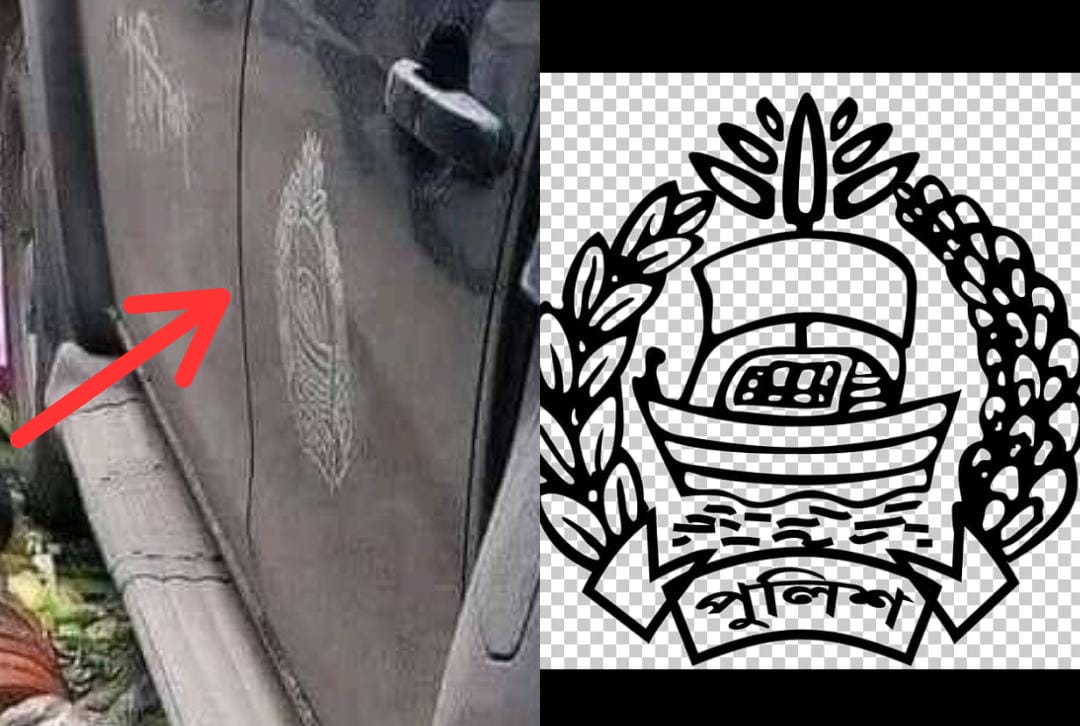 In Conclusion, the picture showing a man feeding himself with leftover food is from Bangladesh and is no way related to Uttar Pradesh.

In 1904, E.V. Ramasamy went on a pilgrimage to Kasi to visit the revered Shiva temple of Kashi Vishwanath after "renunciation" of the family because of the harsh reprimand of his father.

At the worship site, there were free meals offered to guests. To Periyar's shock, he was refused meals at choultries, which exclusively fed Brahmins. Due to extreme hunger, E.V. Ramasamy felt compelled to enter one of the eateries disguised as a Brahmin with a sacred thread on his bare chest, but was betrayed by his moustache. The gatekeeper at the temple concluded that E.V. Ramasamy was not a Brahmin, as Brahmins were not permitted by the Hindu shastras to have moustaches. He not only prevented Periyar's entry but also pushed him rudely into the street.

As his hunger became intolerable, Periyar was forced to feed on leftovers from the streets. Around this time, he realised that the eatery which had refused him entry was built by a wealthy non-Brahmin from South India.

He thought why and how the Brahmins can obstruct the Dravidians from taking meals in the choultry although the choultry was built with the money of a Dravidian Philanthropist? Why the Brahmins behaved so mercilessly and fanatically as to push the communities of the Dravidian race even to starvation - death by adamantly enforcing their evil casteism?"

No justifiable answers came to convince the judicious thinking of Periyar on the above questions.

Though Kasi (Varanasi) has been acclaimed as the most "sacred town" in Hinduism, the worst ugly scenes of immoral activities, prostitution, cheating, looting, begging crowds for alms, floating dead bodies on the River Ganges turned Periyar to abhor the holy-town. Consequently, a re-thinking on his renunciation led him to return to his family life.