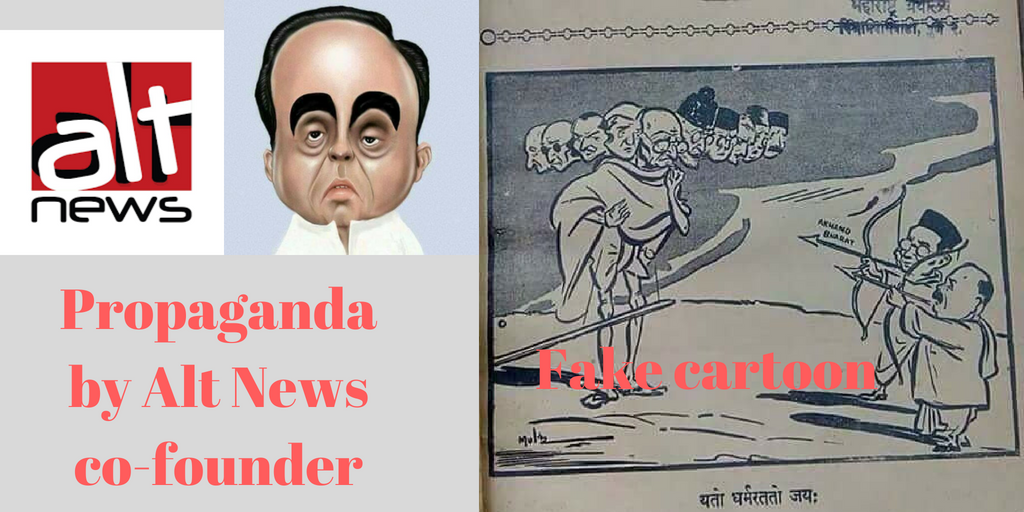 It was claimed by the co-founder of Alt News that the cartoon was published in an RSS Journal in 1945. But we found that RSS didn't have any journal in 1945. The first journal of RSS was a weekly magazine "Organiser" which was started in 1947.

An abusive Twitter troll who is a confounder of a left-leaning fact-checking website AltNews tweeted "People who once compared Subhash Chandra Bose to Ravan are now pretending to respect him. Look carefully at this cartoon from an RSS journal in 1945. It's not just Gandhi that Savarkar, Shyama Prasad Mukherjee, and RSS Gang considered as Anti National 10 heads of Ravana". The image used in the tweet shows Mahatma Gandhi as Ravana and other prominent leaders like Vallabbhai Patel, Subhash Chandra Bose, Maulana Azaad, Rajagopalachari, Acharya Kripalani, Jawaharlal Nehru, Pandit Govind Ballabh Pant etc as 9 other heads of Ravana. Tweet Link 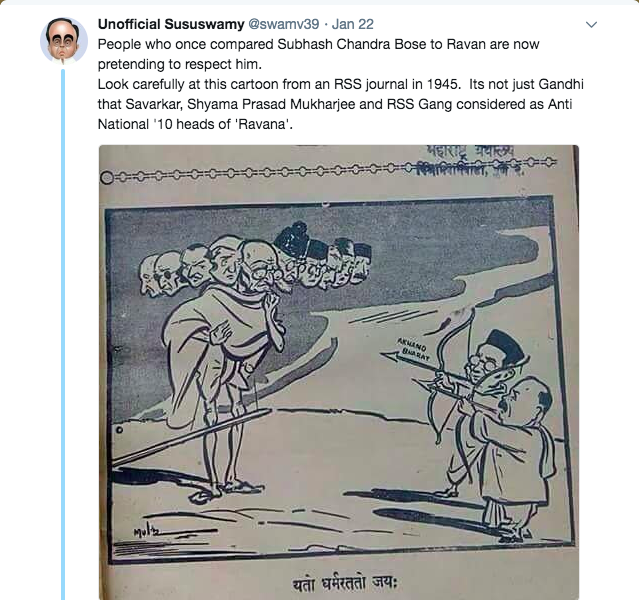 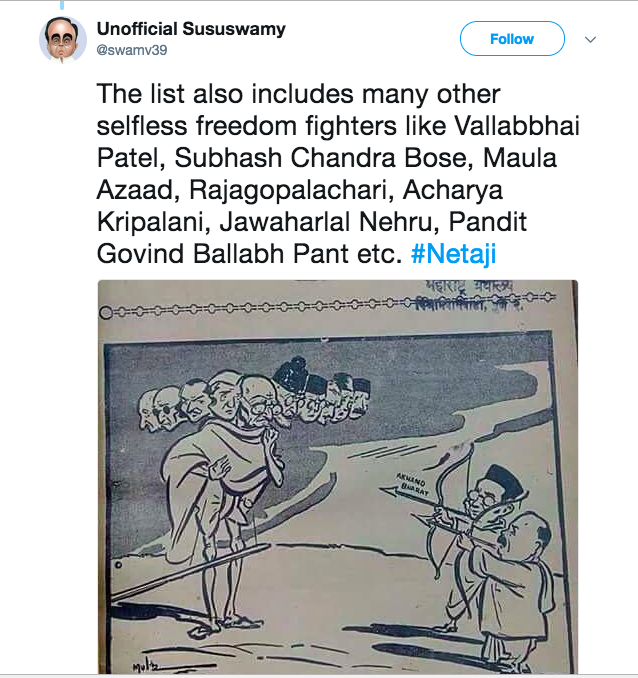 The claim: The cartoon was published in an RSS Journal in 1945.

Our Investigation result: We found that RSS didn't have any journal in 1945. The first journal of RSS was a weekly magazine "Organiser" which was started in 1947. (Source)

The second journal of RSS Panchjanya was launched in 1948. The same can be verified from the official website of RSS.

To verify this claim we also did an image search of the cartoon. You can see the result here.

We found that this image was also shared by Beef Janta Party, a parody account of BJP who keeps on sharing the link of Alt News. Upon further investigation, we found that the image was first shared by Rachit Seth who is associated with the Indian National Congress (source).

He had Tweeted on 11 Oct 2016 "This Cartoon was published in 1945 in the magazine "Agrani" edited by Godse. It contains Netaji, Patel as Ravana heads too! Disgusting Sanghis".

As per J.L. Kapur Commission Report on Mahatma Gandhi Assassination, Nathuram Godse had started a Marathi language newspaper for the Hindu Mahasabha called Dainik Agrani in 1944, which some years later was renamed as Hindu Rashtra. Godse rejected Gandhi's philosophy, believing Gandhi repeatedly sabotaged the interests of Hindus by using the "fasting unto death" tactic on many issues. In Godse's view, Gandhi was giving in to interests that seemed to him anti-national.

Hence the claim that the cartoon was published in an RSS journal is completely false.

Now let's see if the cartoon was indeed published in Dainik Agrani.

Many people on Twitter have asked for the primary source of this cartoon. But it seems no one is giving the primary source. Rachit Seth has given the credit to Kavitha Reddy who is also associated with Congress. 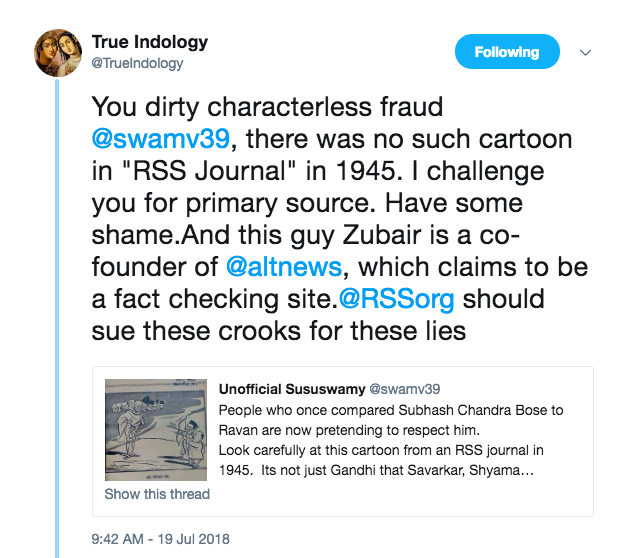 As of now, we don't have enough evidence to suggest that the cartoon was indeed published in Dainik Agrani.

We will keep on investigating this case and will update our article if we find anything new on this.

Edit: The article was updated on 29th May 2020 to a new source "J.L. Kapur Commission Report on Mahatma Gandhi Assassination".