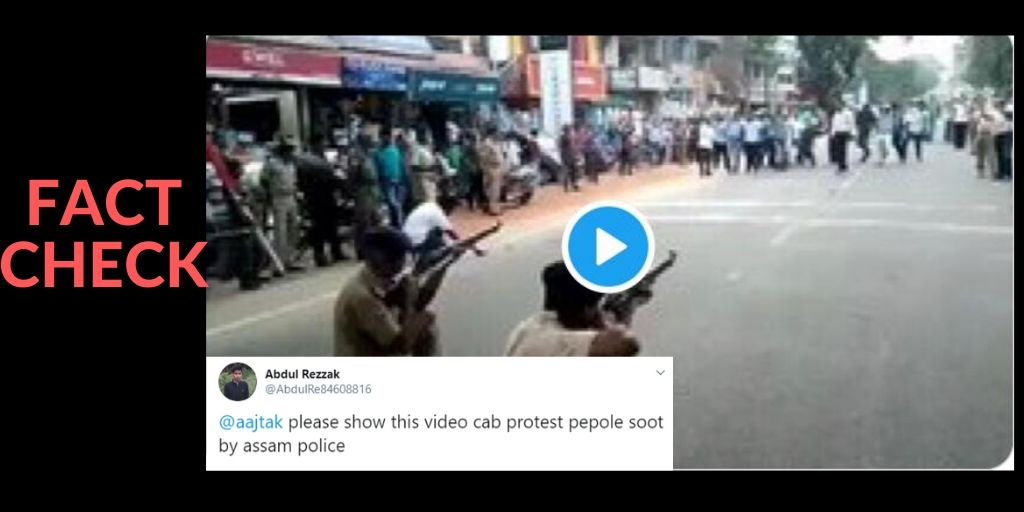 In our investigation, we found the claims made with this video are completely false. An old video of Police mock-drill from Jharkhand is being presented a video of policemen shooting protesters in Assam.

In the wake of demonstrations in North East India against the Citizenship Amendment Bill 2019, a video surfaced on social media alleging that Policemen in Assam fired at a crowd of people. A twitter user named Ramanuj Mukherjee shared this video with a caption, "A friend just forwarded this to me. Is this how the police are shooting protesters in cold blood in Assam?" 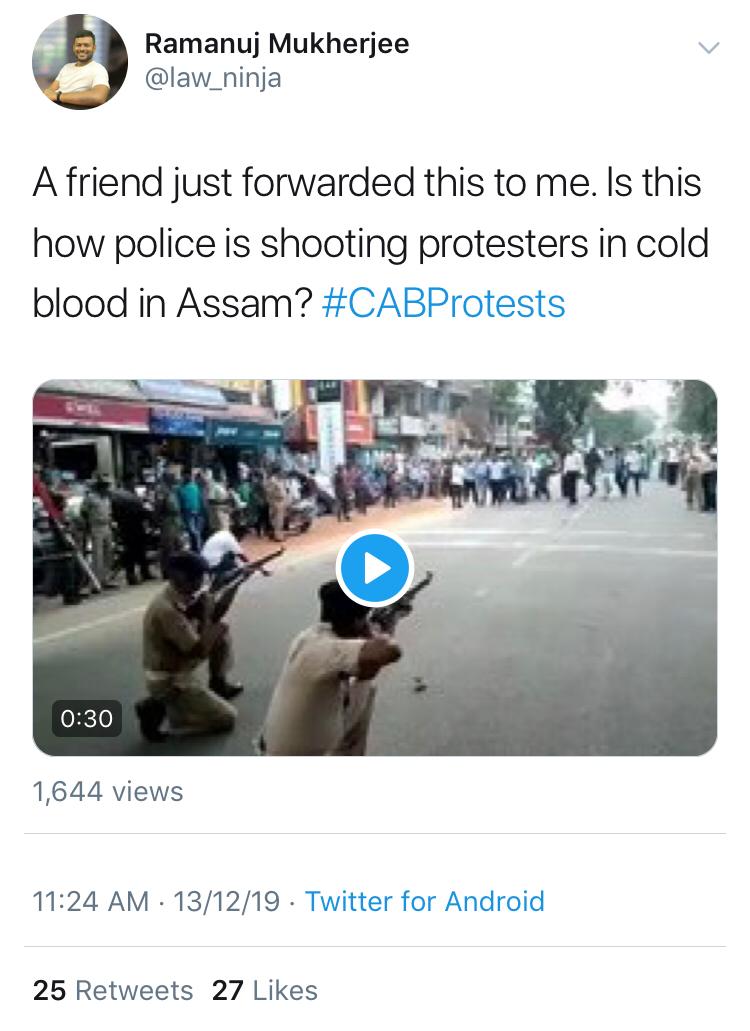 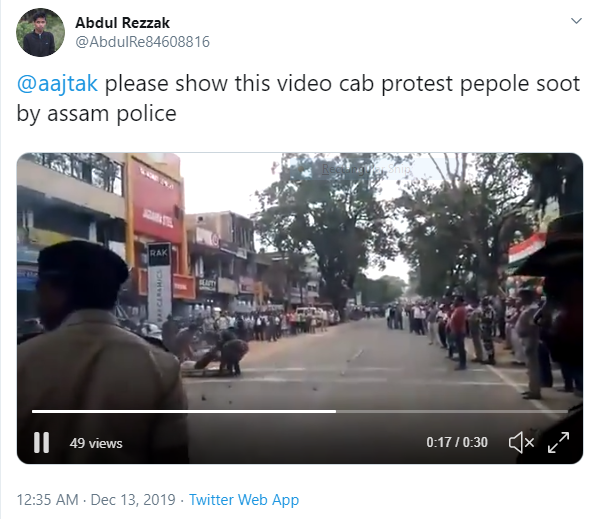 You can watch the complete video down below.

In the video, one can see police officers firing on protesters. Some of them get injured by the gunshots, after which they were moved to an ambulance on the stretcher.

The claims made with the video are completely false. This is an old video from Khunti, Jharkhand of a mock drill of Police.

We had debunked this video last year when Rajiv Tyagi had shared the same video with a false claim that Mandsaur police had fired at farmers.

The video is uploaded with the title 'Mock Drill of Khunti Police'.

In the video, after 45 seconds one can also hear an announcement that " This is just a mock drill. Khunti police are always prepared to handle any critical situation."

In conclusion, an old video of Police mock-drill from Jharkhand is being presented a video of policemen shooting protesters in Assam.

Earlier, the same video was shared as Kashmiri protestors being shot down by police.