Separating facts from rumours: All you need to know about Citizenship Amendment Bill 2019 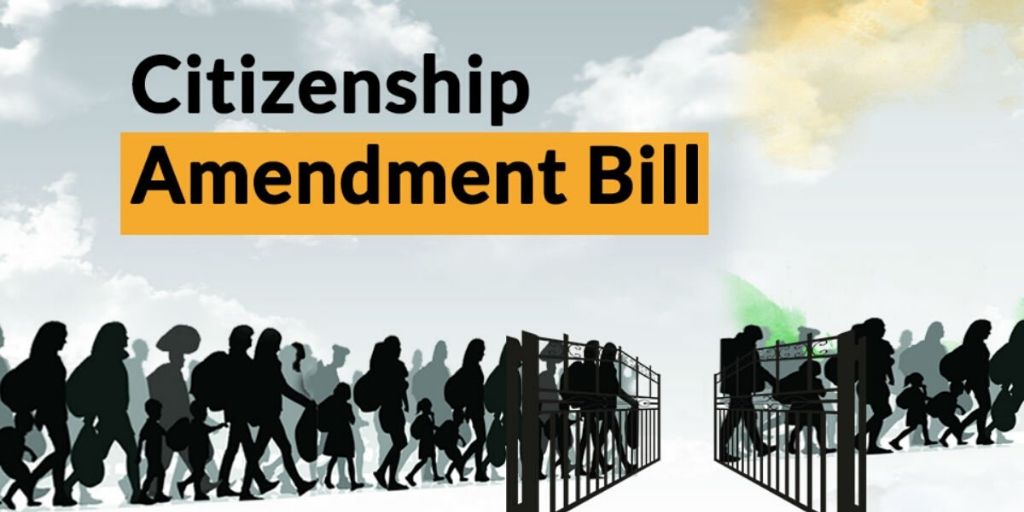 Through this article, we have tried to debunk the misinformation around Citizenship Amendment Bill 2019.

Citizenship Amendment Bill 2019 has become a point of contention after passing the test in Lok Sabha on the 9th of December. The bill was cleared by the Union Cabinet on 4th December.

The CAB bill seeks to provide eligibility for Indian citizenship to Hindu, Sikh, Buddhist, Jain, Parsi and Christian refugees from Afghanistan, Bangladesh and Pakistan, on the basis of religious persecution in those three countries, provided, the migrants entered India on or before December 31, 2014.

The bill aims to make changes in the Citizenship Act, the Passport Act and the Foreigners Act provided. Under the Citizenship Act 1955, one of the requirements for citizenship by naturalization is that the applicant must have resided in India during the last 12 months, and for 11 of the previous 14 years. The Bill relaxes this 11-year requirement to five years for persons belonging to the same six religions and three countries.

Why this bill is controversial?

The bill has been slammed for many reasons but majorly for discriminating against Muslims. More than 600 prominent personalities, including artists, authors, and former judges have urged the Narendra Modi-led government to withdraw the Citizenship (Amendment) Bill calling the proposed legislation that excludes non-Muslim refugees as “divisive, discriminatory and unconstitutional.”

On the other hand, the government counters that Muslims are unlikely to face persecution in the three countries-Afghanistan, Pakistan and Bangladesh-as they are Muslim-dominated.

People on social media are presenting this bill to be against the secular feature of this country and terming it 'anti-Muslims'. Some are even claiming that Muslims in this country will have to stand in a queue to prove their citizenship after the bill is passed in the parliament.

However. it should be noted that the bill has nothing to do with Indian Muslims and it only intends to provide protection to the persecuted minorities in Pakistan, Afghanistan, and Bangladesh, as according to reports, minorities have been persecuted in these countries from a very long time.

Why are people protesting?

The people of Northeast have strongly opposed this bill as the bill covers refugees from three nations, the people in the Northeast fear that it will primarily benefit the illegal Bengali Hindu migrants from Bangladesh who have settled in "large numbers" across the region.

To alleviate the fear of tribals of the Northeast, where many feel that permanent settlement of illegal immigrants will disturb the region's demography, the government has made provisions under which the Bill will not be applicable in the Inner Line Permit (ILP) regime areas and those tribal regions that are governed under the Sixth Schedule of the Constitution.

The Bill says that the provisions on citizenship for illegal migrants will not apply to the tribal areas of Assam, Meghalaya, Mizoram, or Tripura, as included in the Sixth Schedule to the Constitution. These tribal areas include Karbi Anglong (in Assam), Garo Hills (in Meghalaya), Chakma District (in Mizoram), and Tripura Tribal Areas District.

Moreover, under the bill, the registration of the Overseas Citizen of India (OCI) card-holders might get cancelled if they 'violate any law'. An OCI is an immigration status that allows a foreign citizen of Indian origin to live and work in India, indefinitely.

The bill is expected to benefit 25,447 Hindus, 5807 Sikhs, 55 Christians, 2 Buddhists and 2 Parsis who have been given Long Term Visa (LTV) on the basis of their “claim of religious persecution in their respective countries and want Indian Citizenship.”

Can Muslims from other countries become Indian citizens after CAB is passed?

CAB grants fast-track Indian citizenship in six years. So far, 12 years of residence has been the standard eligibility requirement for naturalisation.

Will all the Hindus become Indian citizens after CAB is passed?

One needs to live in India for at least five years to apply for citizenship. CAB does not give automatic citizenship to Hindus or any other minorities from Pakistan, Bangladesh, and Afghanistan.

Will Indian Muslims need to prove their citizenship after CAB is passed?

No, CAB has nothing to do with Indian Muslims and it only intends to provide protection to the persecuted minorities in Pakistan, Afghanistan, and Bangladesh. However, if NRC(National Register of Citizens) is applied throughout the country, everyone missing from the list will have to submit their documents irrespective of their religion.

The National Register of Citizens or NRC that we saw in Assam targeted illegal immigrants. A person had to prove that either they, or their ancestors were in Assam on or before March 24, 1971. NRC, which may be extended to the rest of the country, is not based on religion unlike CAB.

Is CAB against the Indian Constitution?

While speaking to ANI on December 10, Congress leader Shashi Tharoor said, “Today is a black day for our Constitution because what happened was unconstitutional.” “It very clearly targets the Muslim community, it is very shameful.

However, CAB is for persecuted minorities in Pakistan, Afghanistan, and Bangladesh and it is not applicable for Indian Citizens. So, the claim that it targets Muslim community in India is false. Indian Muslims have nothing to fear unless someone is an illegal migrant. This point was also supported by India's leading legal mind Harish Salve.

While speaking to Times Now, he explained that since CAB aims to provide the persecuted minorities in these 3 countries a special status in the naturalisation process and it does not mean in any way that other communities or people will not be naturalised at all, for other communities the rules of general asylum process will be followed. So there is no violation of Article 14 here.

Salve further adds that Article 15 is applicable only for Indian citizens and not people from other countries. One becomes an Indian citizen after they are naturalised, not before.

Article 21 of the Indian Constitution provides a right to life for those who live in India, not those who want to enter India.

Hence, CAB is not against any Article of the Indian constitution.