FACT CHECK: Has Mumbai Metro project been stopped after the halt on the construction of car shed on Aarey land? 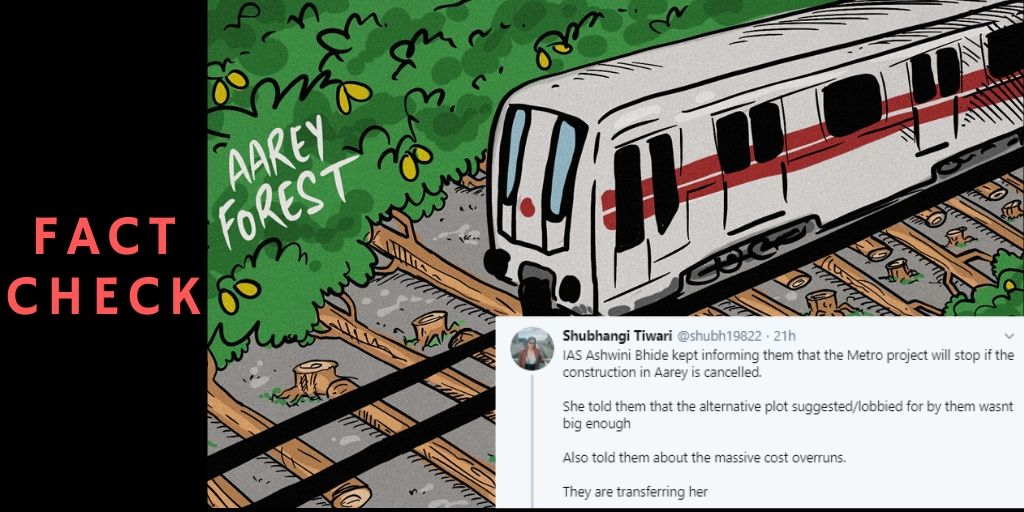 As soon as Uddhav Thackrey was sworn in as the Chief Minister of Maharashtra, a major decision was taken by the government to halt the Metro 3 car shed work, which was being constructed in a piece of Aarey land. Following which, a post was widely shared on twitter with a claim that IAS Ashwini Bhide, who is also the MD at Mumbai Metro Rail Corporation (MMRC) is being transferred and after the ban on the felling of trees in the Aarey Forest, the Metro project will stop as the alternative suggested plot is not big enough.

Shubhangi Tiwari put out a tweet that reads, "IAS Ashwini Bhide kept informing them that the Metro project will stop if the construction in Aarey is canceled. She told them that the alternative plot suggested/lobbied for by them wasn't big enough Also told them about the massive cost overruns. They are transferring her." 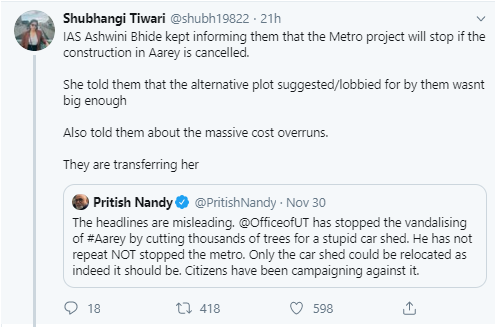 At the time of writing this article, this tweet has been shared more than 400 times. In the comments section, we received a request to substantiate the claim made in this tweet.

Is Ashwini Bhide is getting transferred?

As the news of coalition of Shiv Sena, NCP, and INC was announced, it was anticipated that some of the high-profile bureaucrats in Devendra Fadnavis’s government are likely to be shunted out and given less important assignments. According to a report in Mumbai Mirror, Shiv Sena has indicated acting against such officials. 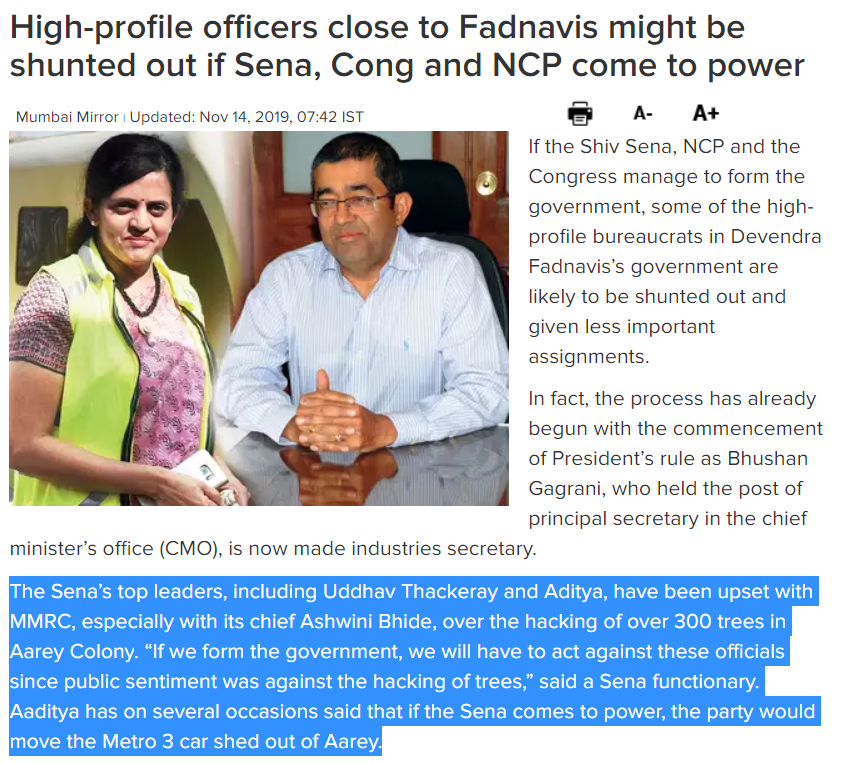 After Uddhav Thackrey's announcement of the suspension of Metro III's controversial Aarey car depot, Sena's insiders reiterated that the "next action from the chief minister would be to transfer the Mumbai Metro Rail Corporation's top brass", according to a report by Mid-day.com. 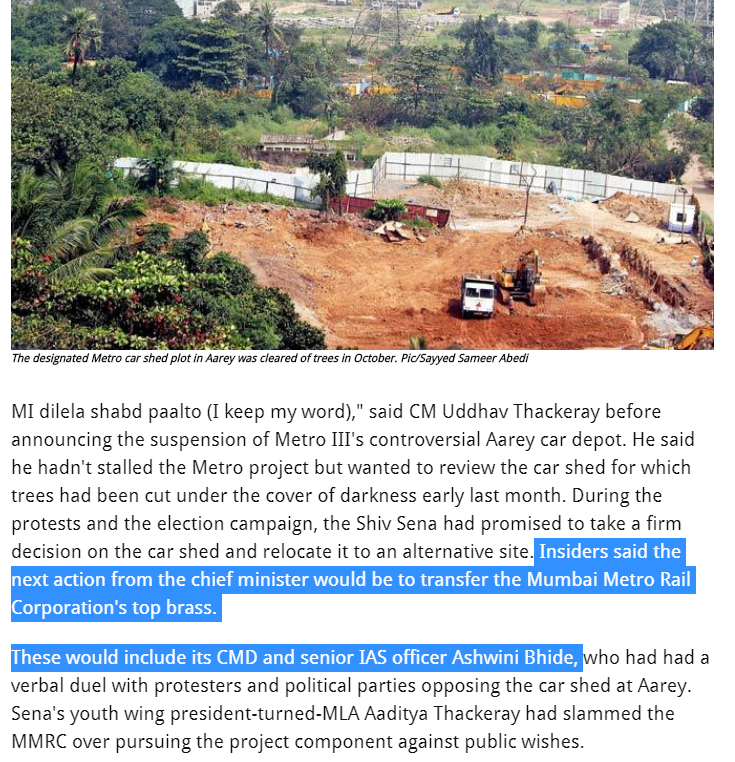 However, there is no official announcement until now.

Did Ashwini Bhide give the statement that Metro will eventually stop if Aarey plot denied?

We did not any such statement by Ashwini Bhide, however, a number of times she has stated that Aarey land is crucial for Mumbai Metro Rail as it is ideal for constructing car depot.

In this video, after 4 minutes 30 seconds, you can know more about Ashwini Bhide and Fadnavis' government's stand on the construction of car depot on the Aarey land.

On October 4, 2019, after the Bombay High Court allowed the Mumbai Metro to cut nearly 2,500 trees to build a car shed for the Mumbai Metro, the Aarey colony protests began.MMRC move to cut down trees in the area merely hours after the HC order faced resistance from citizens and environmental activists, following which Mumbai police arrested close to 29 people on charges of allegedly obstructing and assaulting police personnel. MMRCL’s MD, Ashwini Bhide, justified the cutting of trees in the Aarey colony stating the benefits of Metro in Mumbai and added that the increased number of trees will be planted in the vicinity to compensate the ecological damage.

In conclusion, the claim that the Mumbai project is stopped and IAS Ashiwi Bhide is being transferred is not true as of now, as there is no such official announcement till now. 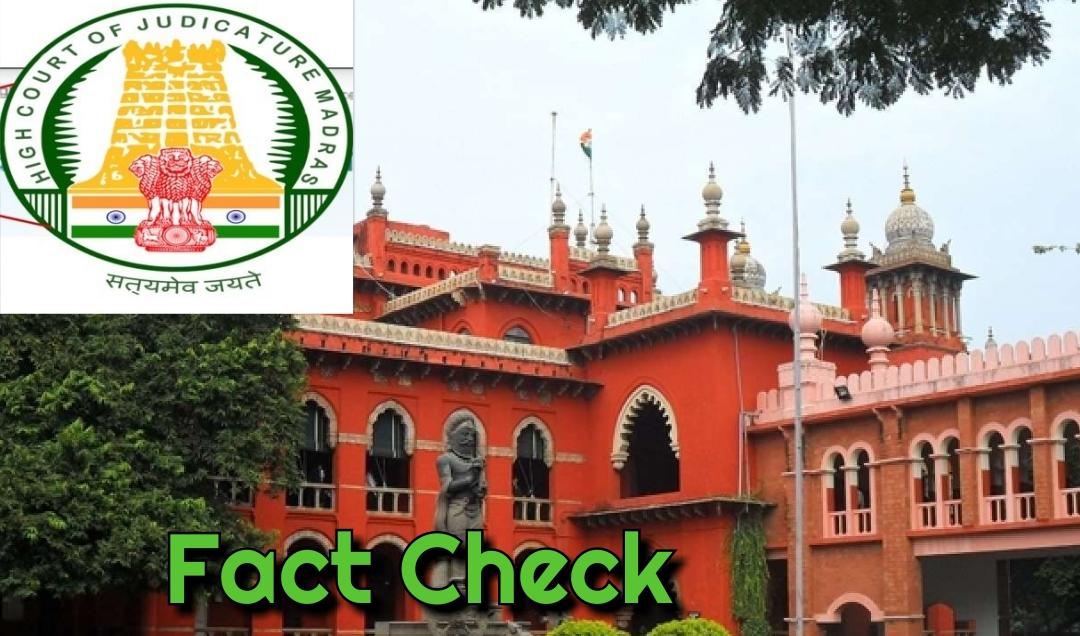 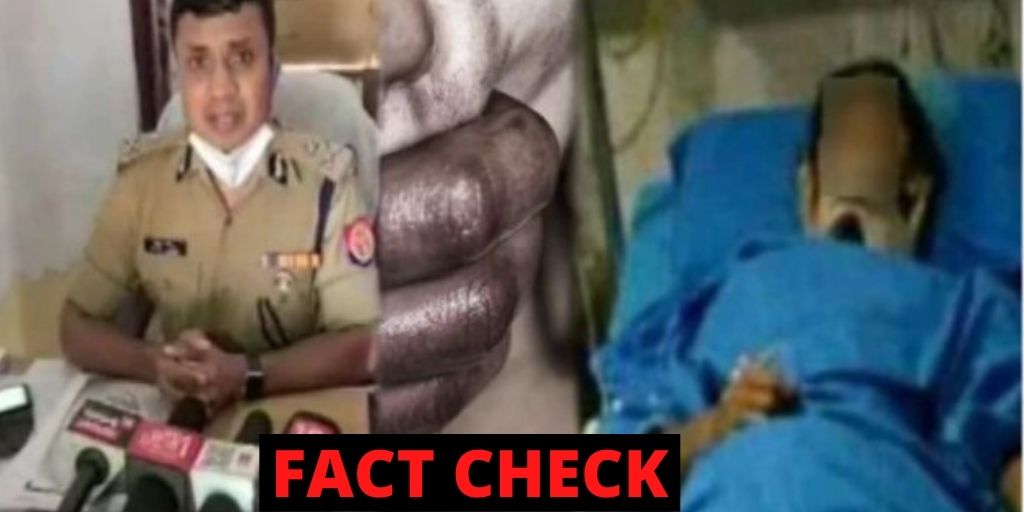 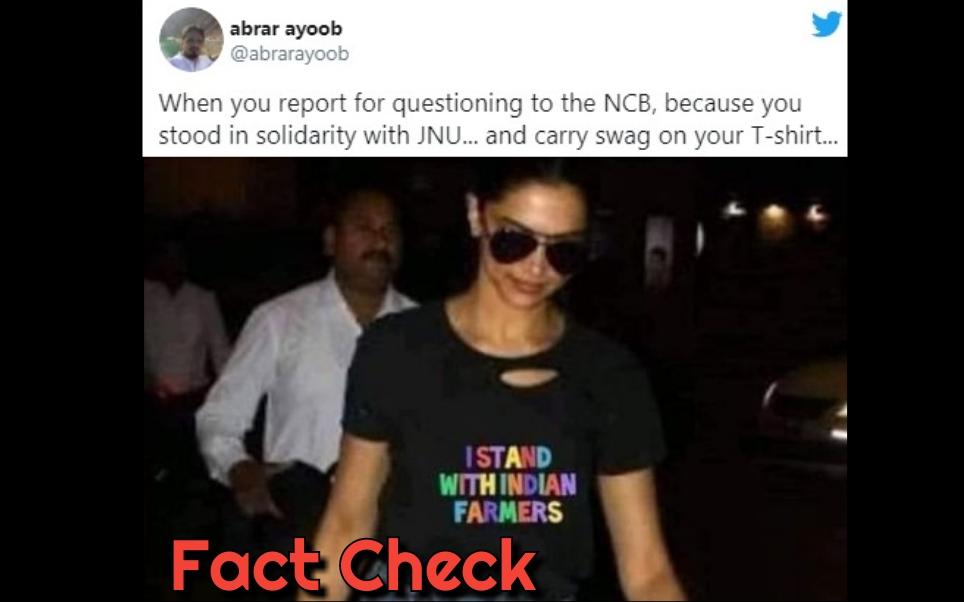