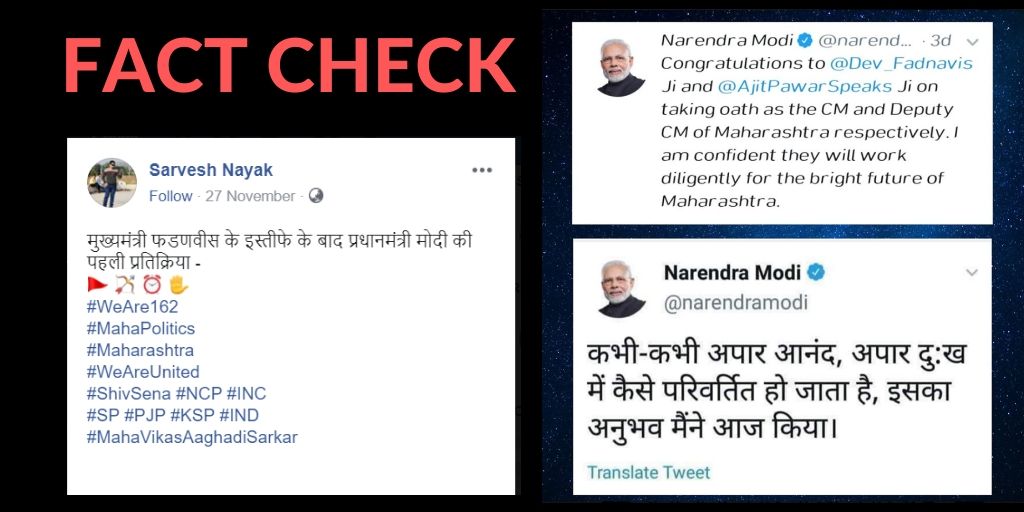 In our investigation, we found out PM Modi did not tweet in relation to the resignation of Fadnavis. One of his old tweets from 2016 is being linked to Fadnavis' resignation and shared as a recent one.

A post went viral on Facebook with a claim that PM Narendra Modi put out a tweet related to Fadnavis' resignation from the Chief Minister position in Maharashtra. A facebook page name 'BJP Exposed' shared the post with a caption, "Prime Minister Modi's first reaction after the resignation of Chief Minister Fadnavis " 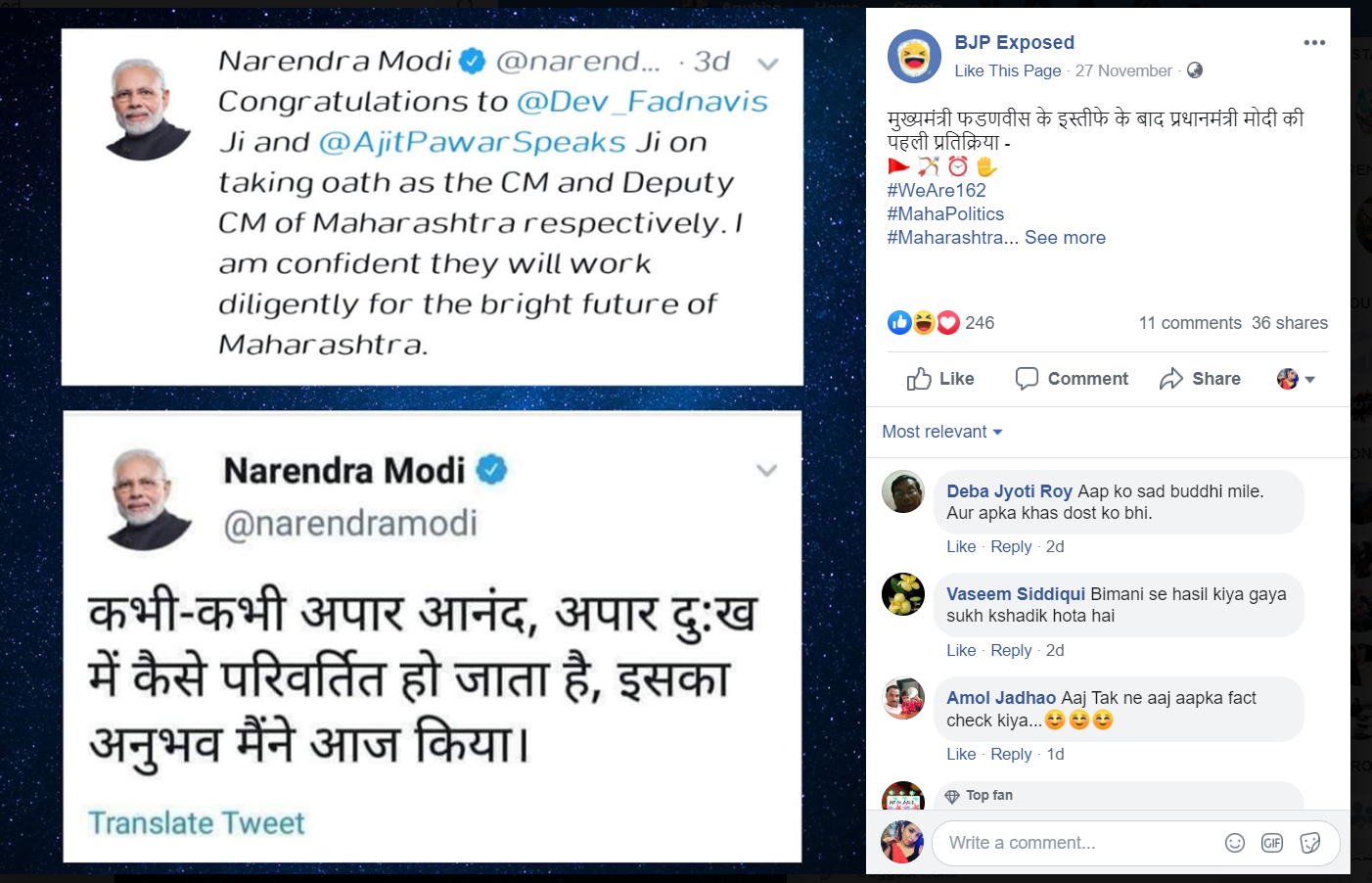 In this post, we can see two tweets, in one PM Modi is congratulating Ajit Pawar and Devendra Fadnavis for forming government in Maharashtra, and in the other PM Modi wrote in Hindi that can be roughly translated to, " Sometimes, how immense happiness turns into immense sorrow, I experienced it today".This tweet in Hindi is being linked to the resignation of Devendra Fadnavis n November 27, 2019. 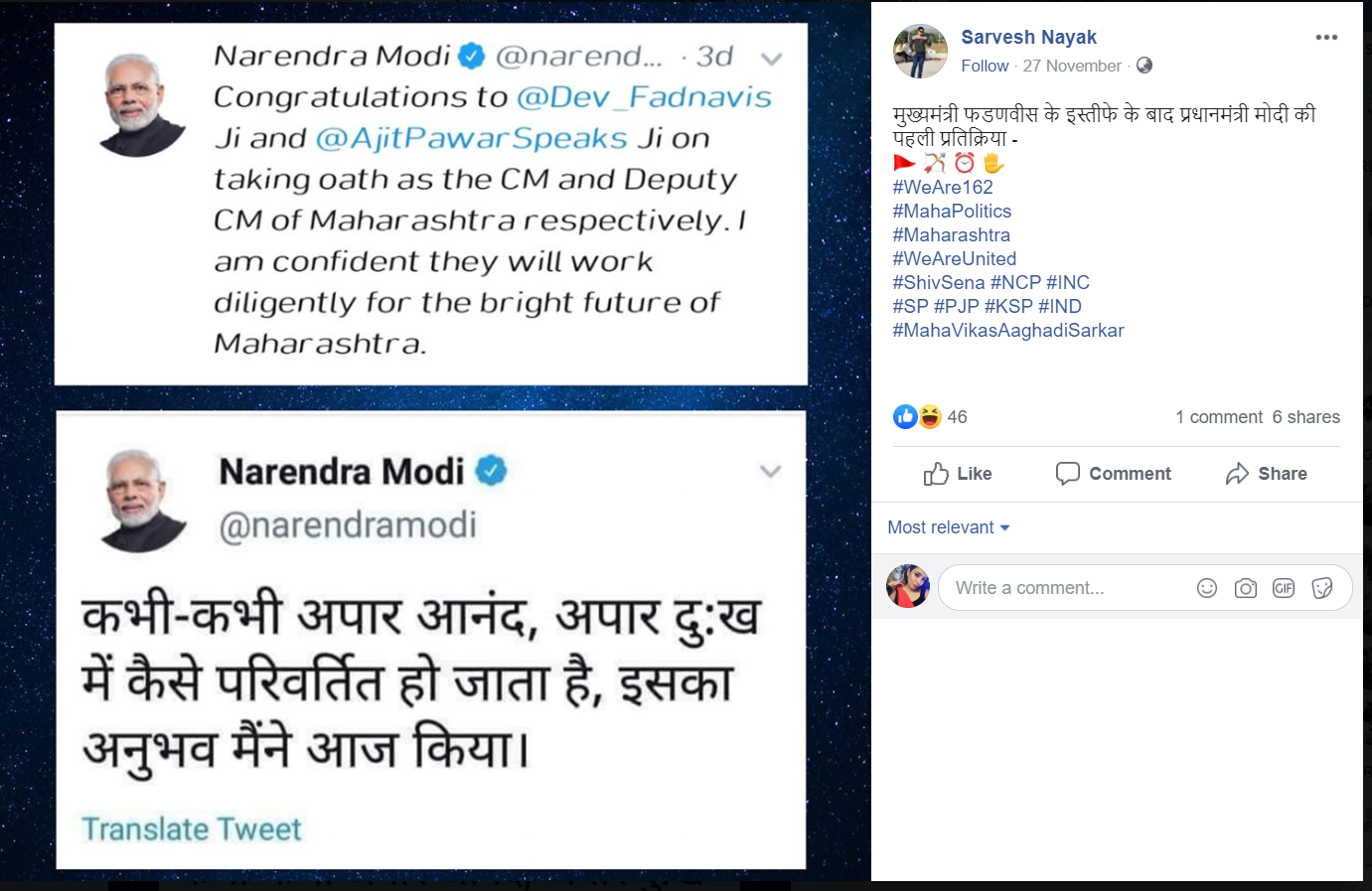 Truth Behind this claim

We searched on Twitter with the required keyword and found the same tweet put out by PM Modi on 13 July 2016. 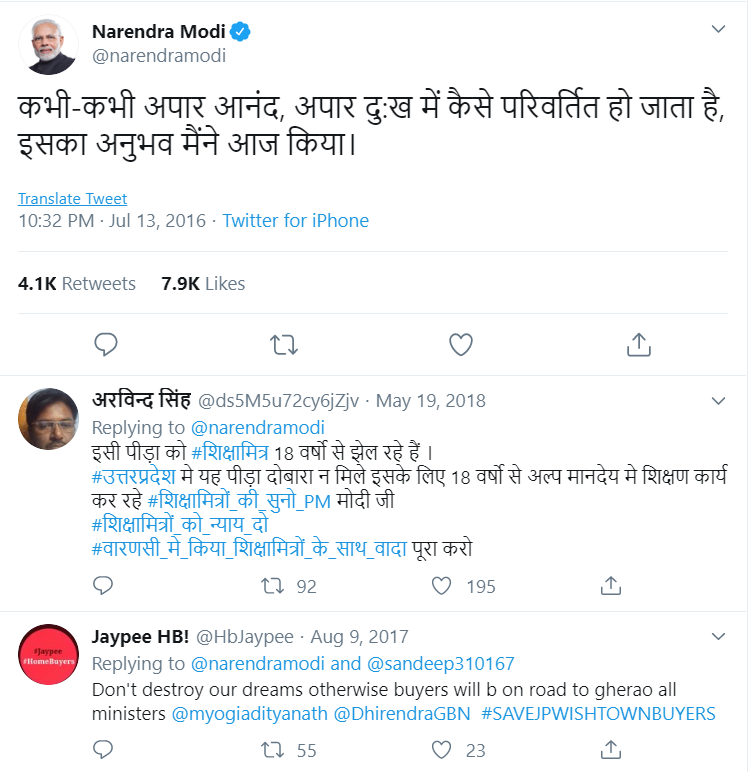 PM Modi put out this after the death of his old associate and senior RSS leader Prafulbhai Doshi, who he had a meeting with on the same day in the morning reported by The Economic Times on 14, July 2016.

Nationalist Congress Party (NCP) leader Ajit Pawar and Devendra Fadnavis had taken oath on November 23, 2019, as the deputy CM and CM and in the early hours of 23 November 2019, but had to resign on November 26, 2019, as the BJP did not have the numbers to form the government.

However, the first tweet in the collage by PM Modi was after Fadnavis and Ajit Pawar had taken the oath, after which he tweeted congratulated them. 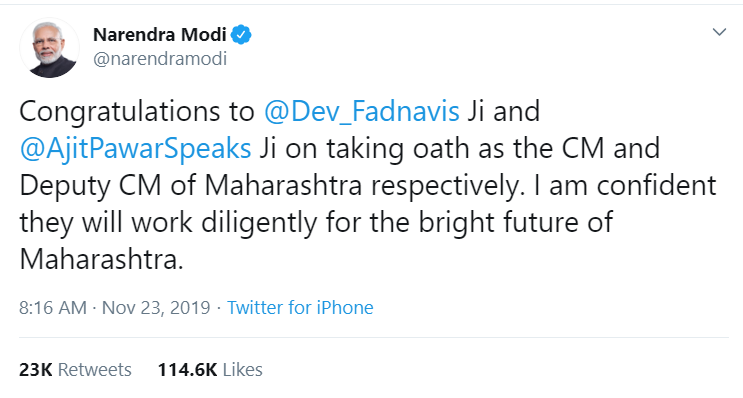 In conclusion, PM Modi did not tweet in relation to the resignation of Fadnavis. One of his old tweets from 2016 is being linked to Fadnavis' resignation and shared as a recent one.