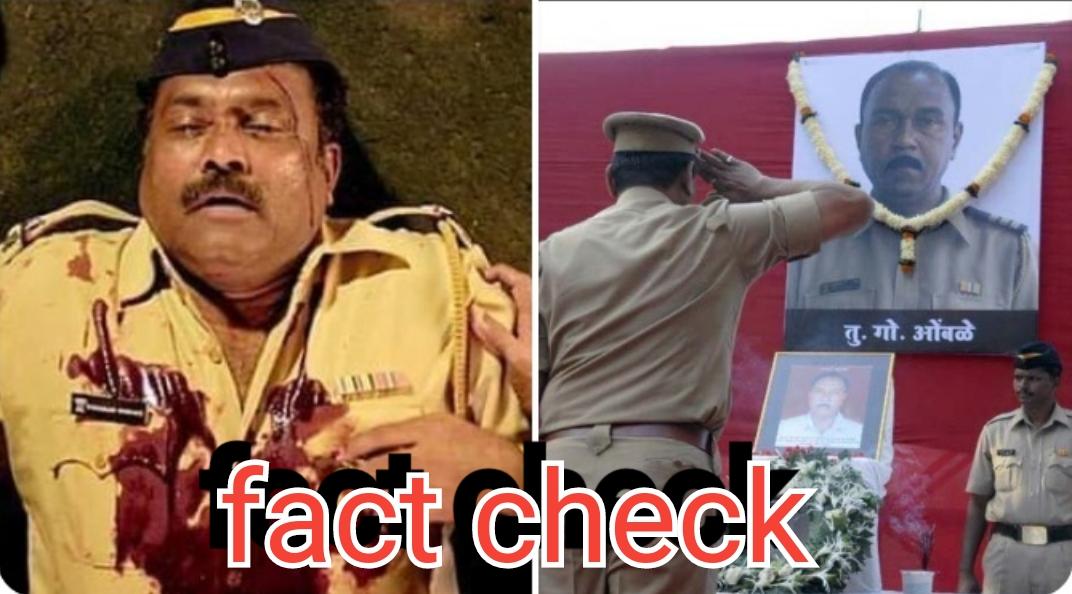 The viral picture of late Tukaram Omble is taken from a movie screengrab ‘The Attacks of 26/11’ in which the character of Tukaram was played by an actor Sunil Jadhav.

It has been 11 years since the horrific terror attack in Mumbai on November 26, 2008 and the internet paid emotional tributes to the martyrs. Tributes poured in from several quarters including celebrities and significant personalities on social media.

A picture of martyred police personnel Tukaram Omble is getting viral on social media as an actual picture from the Mumbai terror attack in 2008.

Bollywood actor Amitabh Bacchan has paid tribute to the late Tukaram Omble by re-tweeting a collage of two pictures with a caption "Salute.. in the sacrifice and the honour". 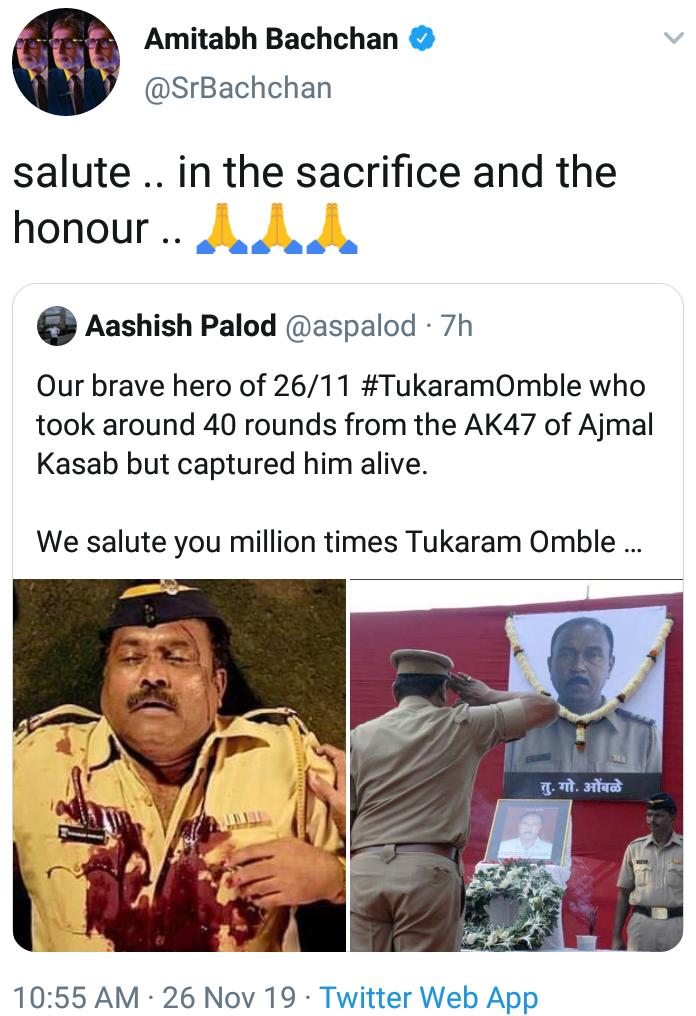 Bharatiya Janata Party MP Shobha Karandlaje also tweeted the same sets of pictures with a caption "Let's take a moment to remember the hero of 26/11! He took over 40 rounds from the AK47 of Ajmal Kasab but captured him alive. We salute you, Sri Tukaram Omble Ji! #MumbaiTerrorAttack" 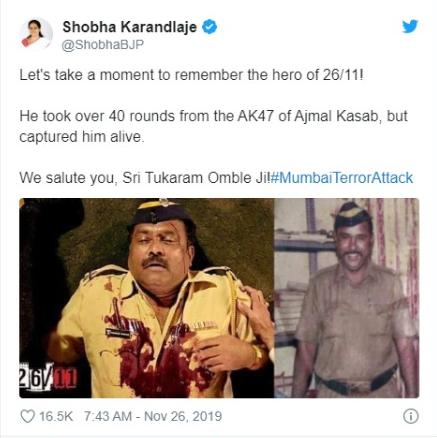 The tweet received 16,405 likes and 4,775 retweets at the time of writing this article.

Still from a movie

After doing the reverse image search, we found that the viral image is taken from a movie screengrab ‘The Attacks of 26/11’. In the movie, the character of late Tukaram Omble is played by Actor Sunil Jadhav.

We found a video on Youtube from which the screengrab was taken. You can see the video here.

We also find an article published by the Indian Express in which a real picture of late Tukaram Omble can be seen. 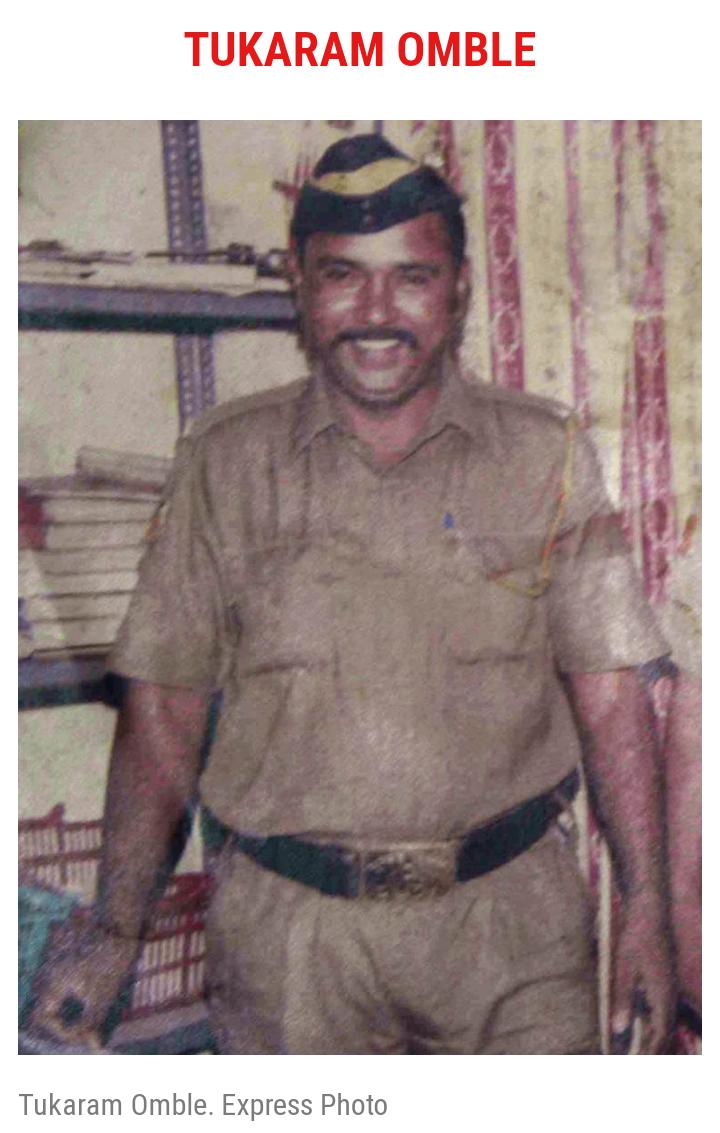 According to the article, an Assistant Sub-Inspector with the D B Marg police station, Tukaram Omble was one of the heroes of 26/11. He is seen as having gone beyond the call of duty and laid down his life capturing Ajmal Kasab – providing the Mumbai Police its biggest breakthrough. For his ultimate sacrifice, he was awarded the Ashok Chakra.

Conclusion, in the investigation we found that the viral picture of late Tukaram Omble is taken from a movie screengrab ‘The Attacks of 26/11’ in which the character of Tukaram was played by an actor Sunil Jadhav.