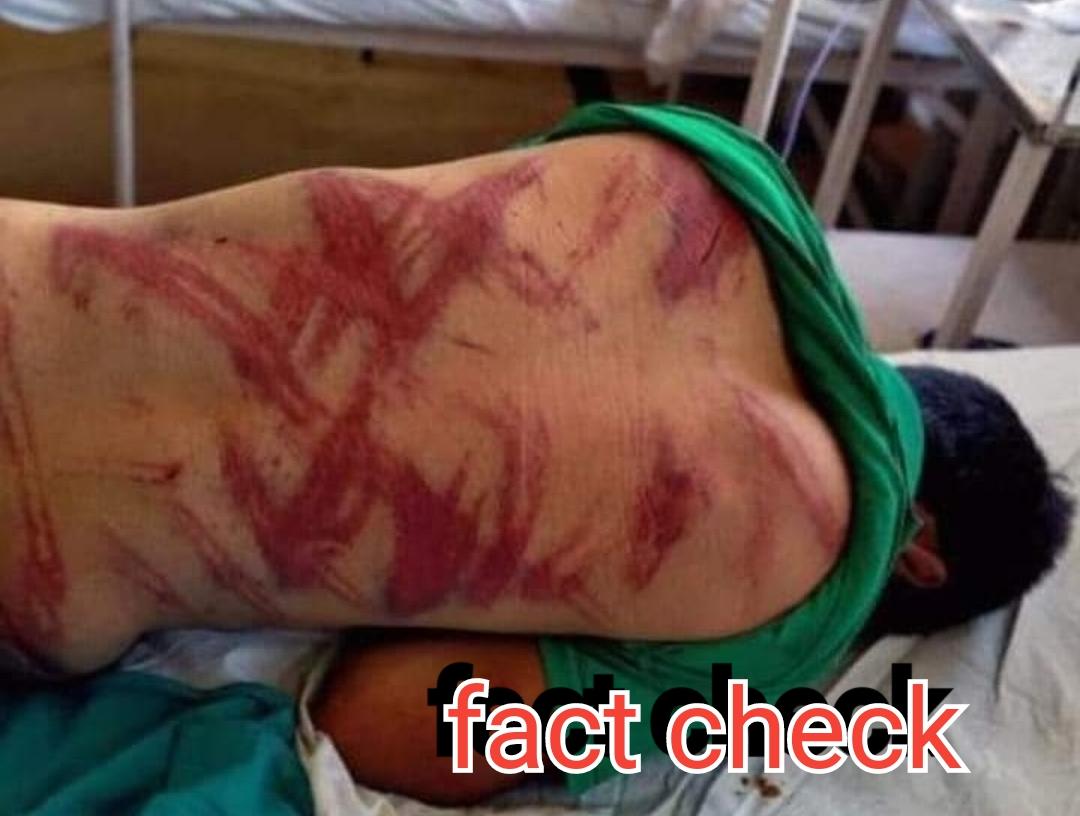 The viral picture is about 3 years old from Srinagar and has nothing to do with recent protests in JNU.

The students of Delhi's Jawaharlal Nehru University (JNU) are protesting against a recent hostel fee hike. Amid protest by JNU's students, misinformation is spreading like fire on social media. Earlier, we had debunked some of these claims in our previous article.

A disturbing picture is viral on Facebook in which a man with wounds across their backs can be seen. A user name Krishnaraj Singh shares a picture with a caption, "What has made the situation of JNU, here the poor and poor of every caste, religion ... all the children of every class come to make a career.. But the problem is that the students of JNU now understand what is right and wrong. They are raising their voices against Manuvadi policies, so this is happening to them. Pet TV of Manuvadiyans will not let the truth come out" ( Roughly translated from Hindi). 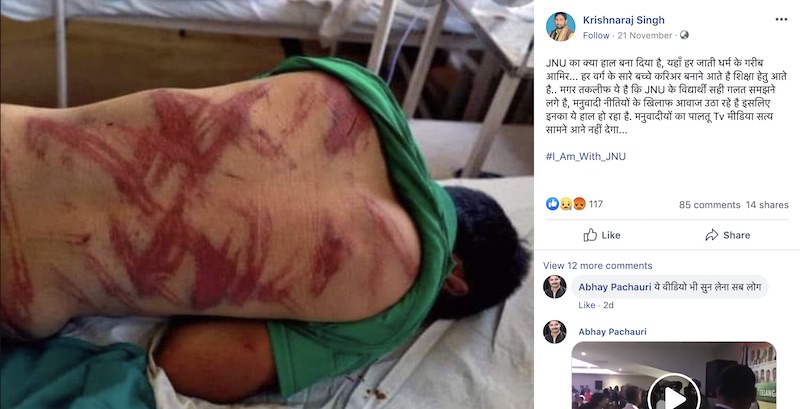 After doing reverse research of the image we found that the viral image has nothing to do with JNU. The picture is about 3 years old and is from Srinagar, Kashmir.

We found this picture in a news article by the news agency Reuters. According to the article, this photo is from a hospital in Srinagar which was clicked by a photographer name Cathal McNaughton in August 2016. 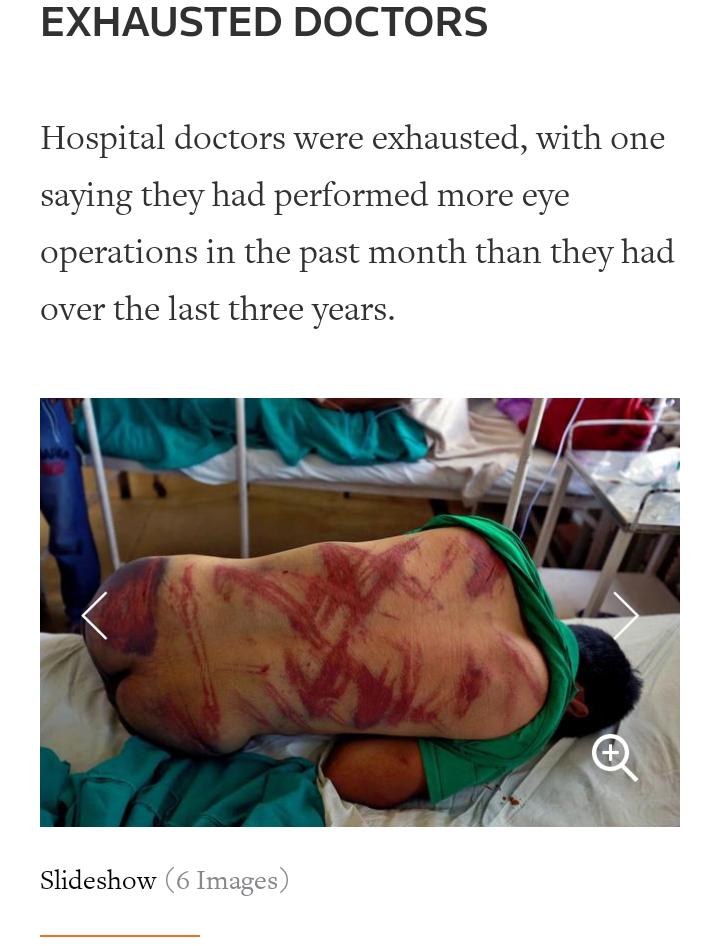 In conclusion, the viral picture is about 3 years old from Srinagar and has nothing to do with recent protests in JNU.