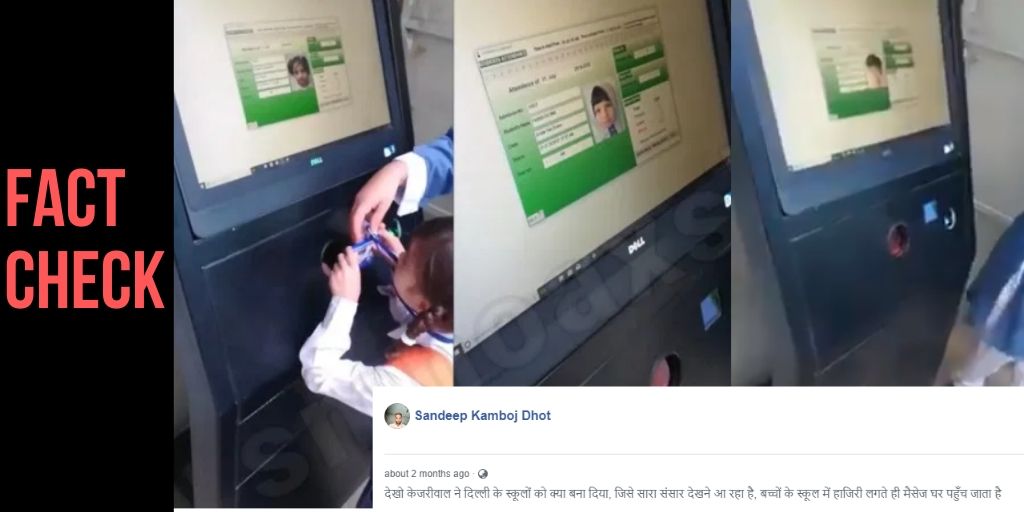 An old video from a school in Pakistan is now being circulated showing a new attendance system in Delhi schools.

A video is doing rounds on social media in which school kids can be seen marking their attendance by scanning their ID cards. This is video is being circulated with a claim that this video is of Delhi school, where state's Chief Minister Arvind Kejriwal has introduced this new system of marking attendance.

A Facebook user named Sandeep Kamboj Dhot shared this video which has been shared more than 14,000 times. 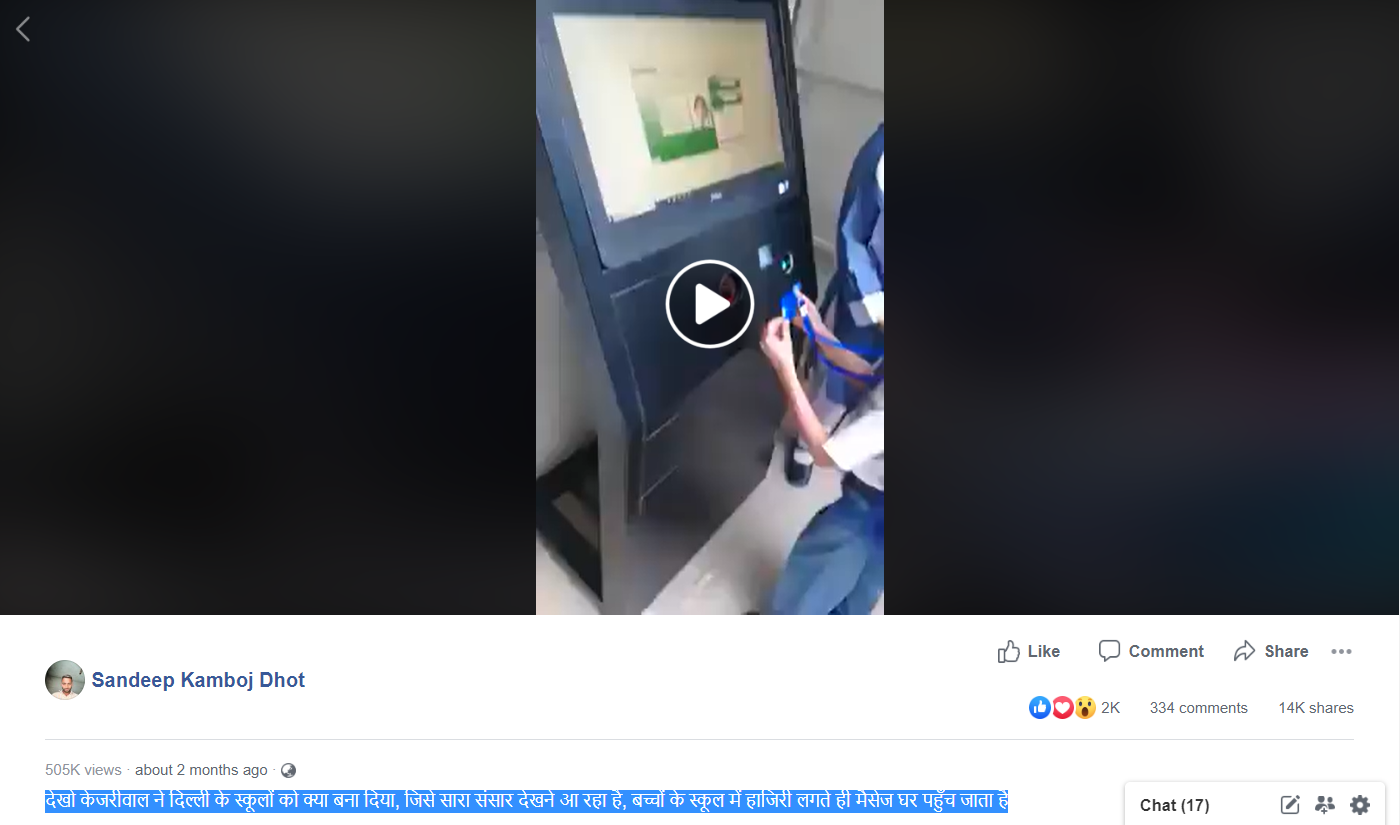 This video was also shared by another user which has been reshared more than 68,000 times. 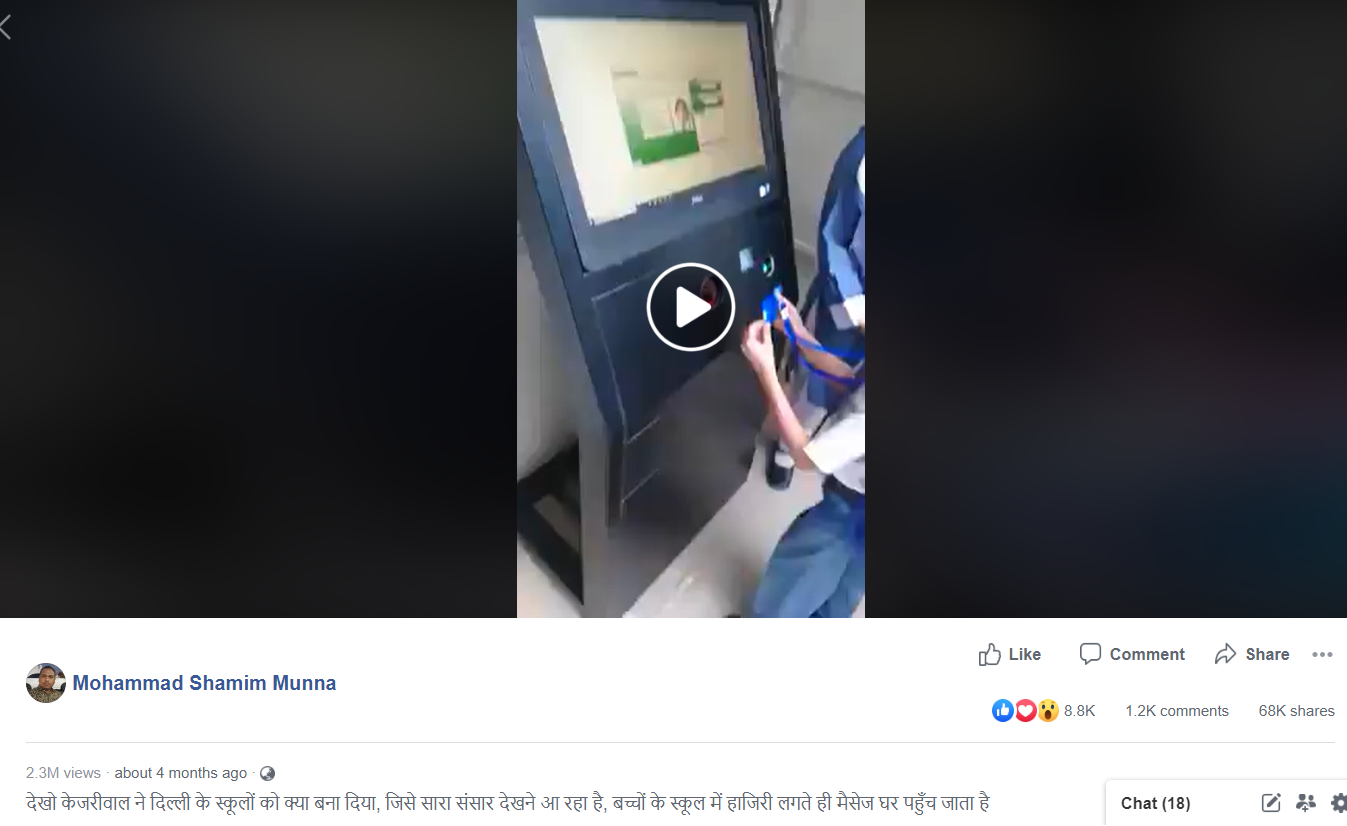 On reverse searching the keyframes of the video we found many links in the search results where the video has been posted. We found a Facebook page named 96 News Pakistan which has posted this video on 31st July 2019 with a caption, New attendance system with SMS alert to parents" 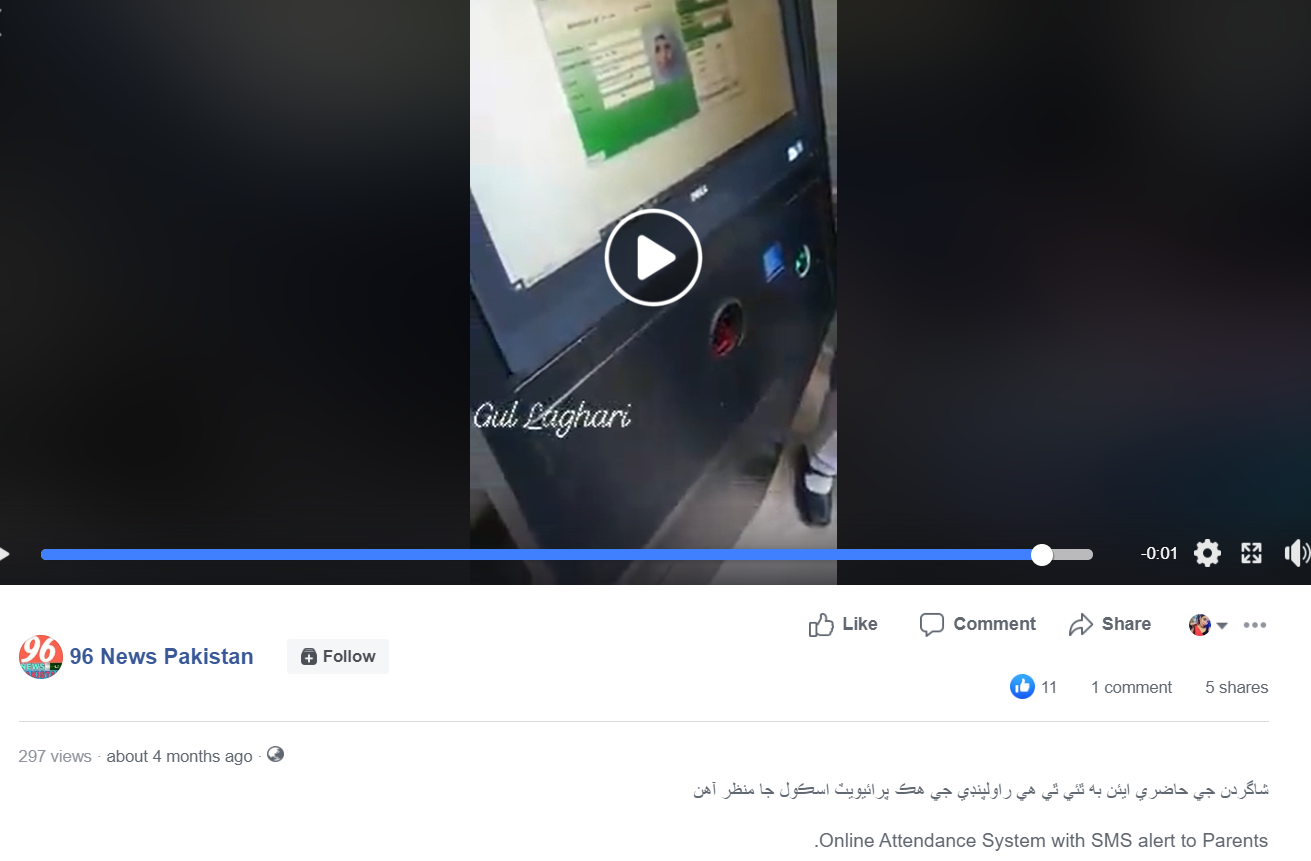 A Twitter page name Raasta News Network also shared the same video on 1 August 2019, with a caption, Check out the school Online Attendance System with SMS alert to Parents in Pakistan! 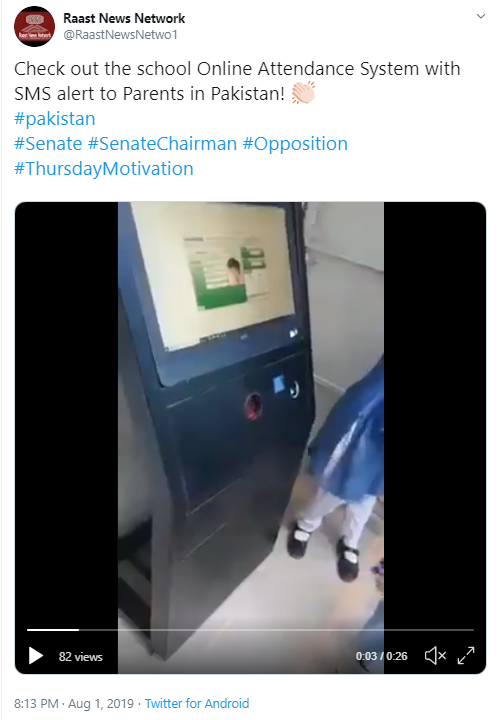 Since then, this video of high-tech attendance system in Pakistan has become viral on the internet with several people posting it on YouTube.

The rest of the posts that present this video to of Delhi school has surfaced on social media only a couple of months ago. We also searched with the required keyword but could not find any report of a new attendance system introduced in Delhi school by CM Arvind Kejriwal.

Therefore, we can conclude that this old video from Pakistan is now being circulated showing a new attendance system in Delhi schools.