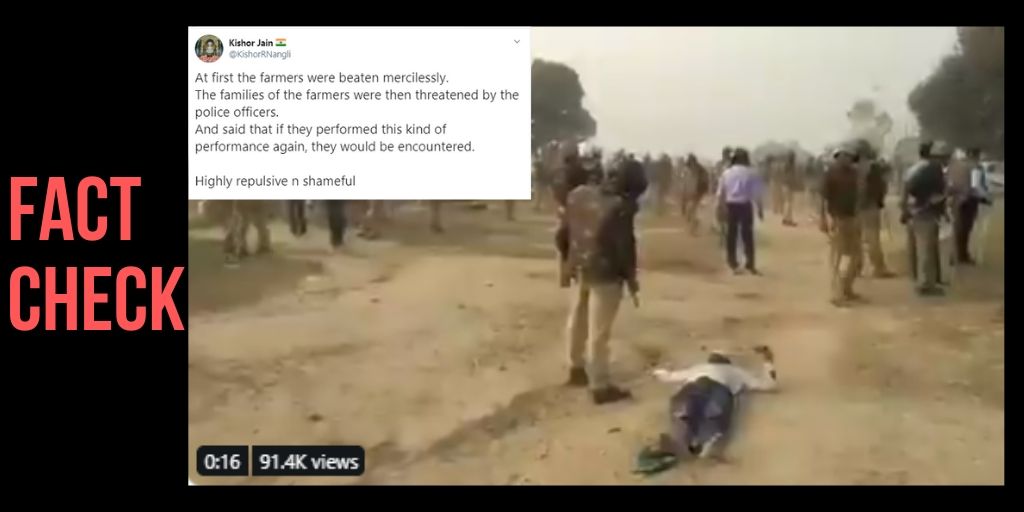 A video went viral on social media that Unnao police are mercilessly beating farmers. In our investigation, we found out that he viral video of a policeman beating a half-dead was being shared with a false narrative and as the man was not injured can be seen running in the actual video.

On the 16th of November, farmers in Uttar Pradesh’s Unnao started a protest seeking better compensation for land acquired for a UP State Industrial Development Corporation (UPSIDC) project. After two days, the protest turned violent, and police resorted to a lathi-charge and tear gas shelling in order to control the aggressive farmers, who were setting construction machinery ablaze.

Following the incident, a video went viral on social media claiming that Unnao police is mercilessly beating a half-dead farmer. In the video, a person can be seen lying on the ground and a policeman beating him with a stick. You can watch the viral video down below:

An independent journalist, Kanchan Srivastava shared this video on twitter with a caption, " Can anyone believe this video is from Ram Rajya & the man being served by so many officers is the Annadata? Unnao farmers are on protest to seek compensation for land." 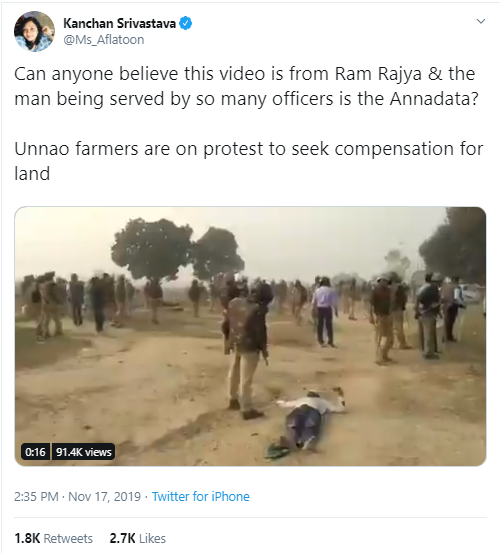 Another Twitter user named Kishor Jain also shared the video with a caption, "At first the farmers were beaten mercilessly. The families of the farmers were then threatened by the police officers. And said that if they performed this kind of performance again, they would be encountered. Highly repulsive n shameful #Unnao." 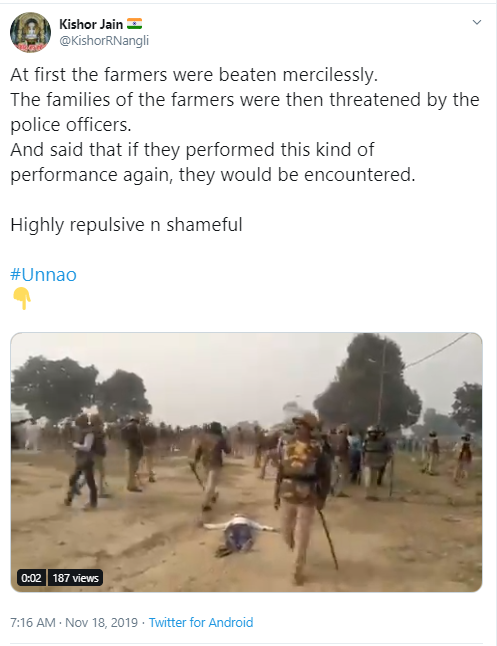 These tweets give the impression that the man was lying on the ground injured and no one was helping him and a policeman beats him with a stick in such condition.

Debunking all the claims about the video, Unnao Police put out a tweet with a caption that can be roughly translated to, "The complete version of the viral video of police beating a half-dead man." 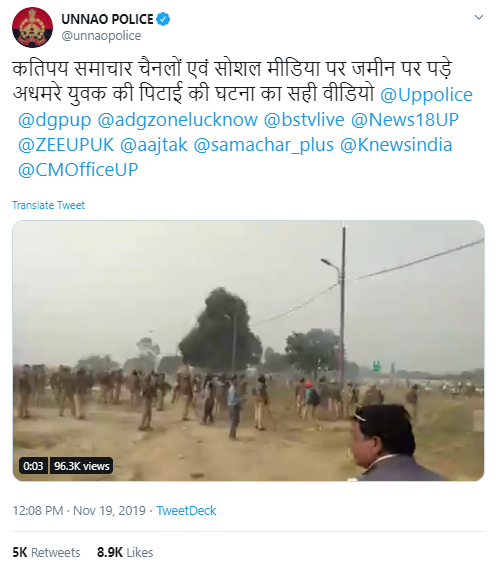 You can watch the full video below:

In the video shared by Unnao Police, the half-dead man in the viral video can be seen actively standing up and then running away after hearing some sound caused by precautionary firing which proves that he was pretending to be injured.

This tweet by Unnao Police rebuffed all the claims surfacing on social media and as well as news media.

Conclusion: the viral video of a policeman beating a half-dead was being shared with a false narrative and as the man was not injured can be seen running in the actual video.