Fact Check: No, Shah Rukh Khan does not owe Dubai’s Burj Khalifa 2 crore rupees for a birthday greeting displayed on it 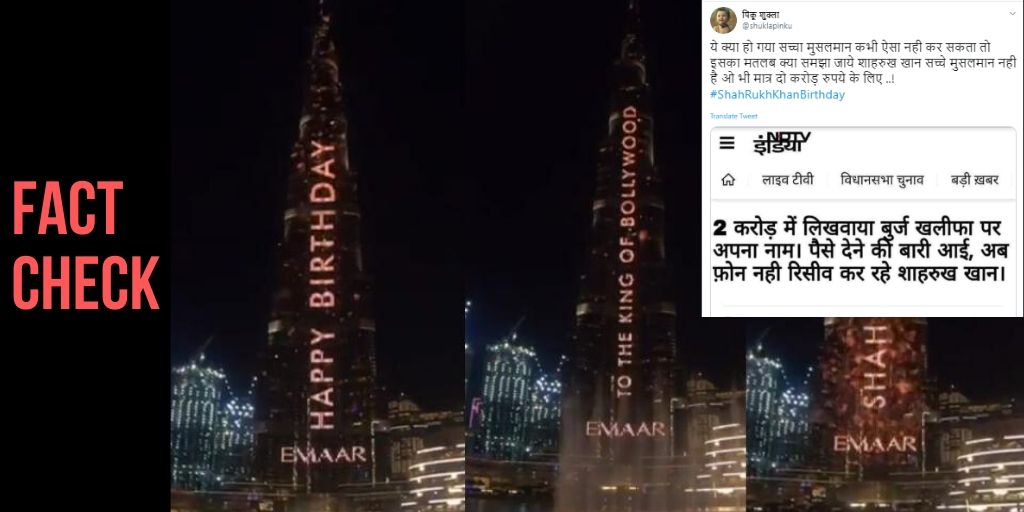 The King Khan of Bollywood, Shah Rukh Khan celebrated his 54th birthday on November 2, 2019. He received best wishes from all over the world. Dubai’s Emaar Properties organized a light display on its iconic Burj Khalifa skyscraper, illuminating a message, ‘Happy birthday to the king of Bollywood Shah Rukh Khan’ on the sky-high building.

The video of the light show took over the internet and Shah Rukh Khan himself shared the video on twitter. 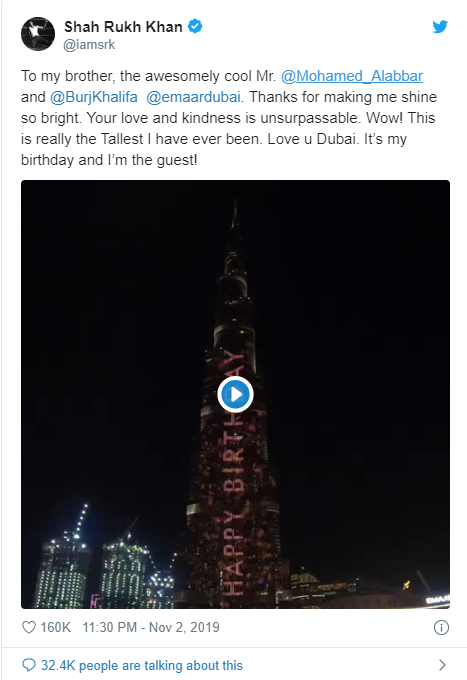 Following the video, a screenshot of a news report became viral on social media, claiming to be published by NDTV. According to the viral post, actor Shah Rukh Khan owes Dubai’s Burj Khalifa 2 crore rupees for a birthday greeting displayed on the building’s facade.

A Twitter user Pinku Shukla shared this screenshot that had a title in Hindi, which can be roughly translated to, "In two crores he got his name written on the Burj Khalifa but when it came to paying, Shah Rukh Khan is not receiving any calls."

The title of an article published by NDTV on Shah Rukh's Birthday has been morphed and shared on social media.

For further confirmation, BOOM Live had reached out to the Emaar Group, the real estate developer responsible for organizing the light show, where they have said, “The display of birthday greeting on Burj Khalifa for Shah Rukh Khan was not a paid event."

Thus, we can conclude that the screenshot of NDTV article claiming that Shah Rukh Khan owes Dubai’s Burj Khalifa 2 crore rupees for a birthday greeting displayed on the building’s facade is false. The headline of another article has been morphed and shared on Social media to mislead people.