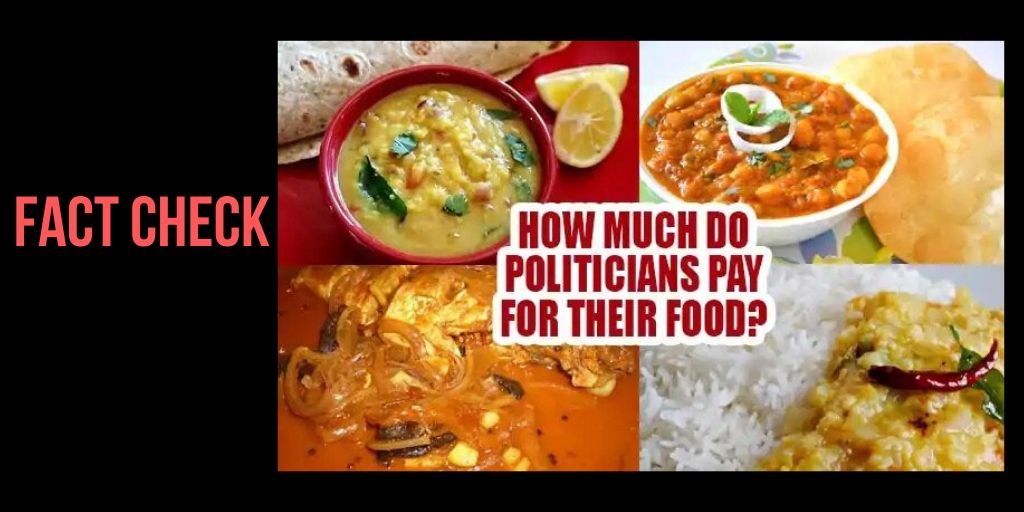 A picture of the price chart of the Indian Parliament canteen is doing rounds on social media. In our investigation, we found out that a widely shared price chart is misleading as it is outdated and has been revised in 2016.

In the wake of Jawaharlal Nehru University student's protest over fee hike, an alleged rate charge of food available in the Indian Parliament canteen is doing rounds on social media, in which food items are priced at very low prices if compared with the standard rates.

According to this viral chart, coffee in the parliament is available just at Rs 4, Non-veg meal at Rs 33 and 3-course lunch just at Rs 66. A clash broke between JNU students and police during a protest against the sudden hike in hostel charges. Fee for a single-seater room in JNU was increased from Rs 20 per month to Rs 600, while the fee for the double-seater room was revised to Rs 300 per month from Rs 10. Some additional new charges were also introduced.

Journalist Prashant Kannojia shared the picture of the food chart along with a caption, " Food in Indian Parliament is available on profoundly low rates despite most MPs being crorepatis, JNU students are being criticized as freeloaders’. 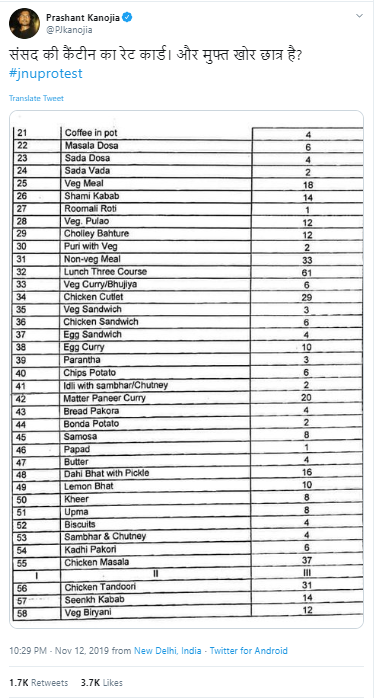 This tweet was reshared by more than 1500 times and was also widely shared on Facebook as well.

The Truth behind this claim

In our investigation, we found out that the widely shared food chart is outdated. Subsidized food rates as shown in the viral chart were revised in December 2015 after huge public outcry. Food items in the Parliament canteen have been sold at higher prices, since January 1, 2016.

You can check the old rates and new rates of food items of the Indian Parliament canteen. Here is a glimpse of what our parliamentarians pay. 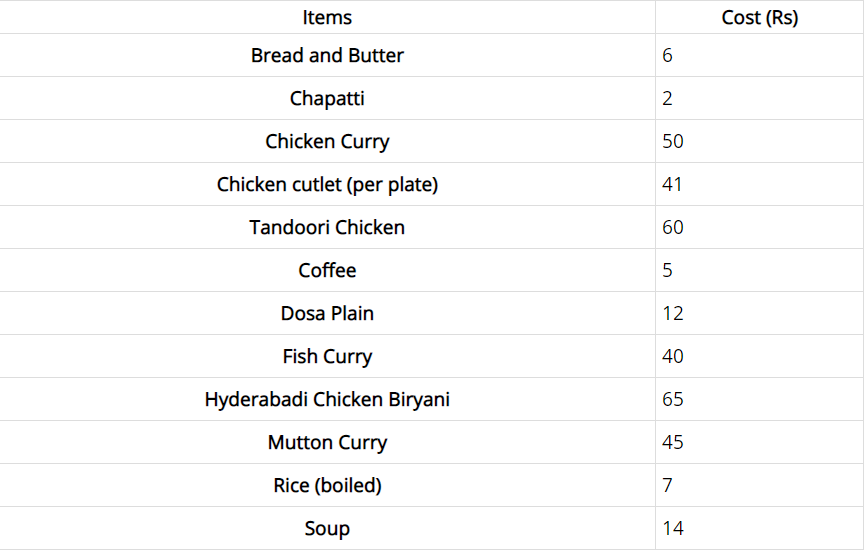 Although, at present also the canteen rates in Parliament are very low as compared to market prices but the viral post is making a false claim. The chart shown in the post is an outdated one.